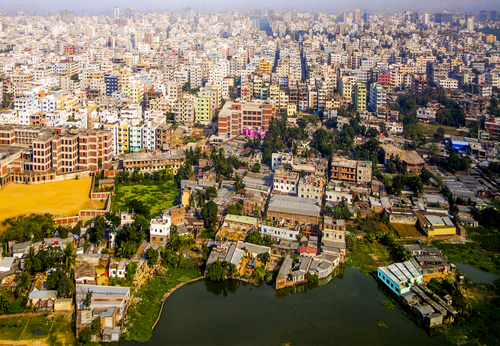 Recently Bangladesh was side-tracked from an electoral democracy. Earlier this year, the ruling party Awami League formed government after a one-sided election. Bangladesh’s major opposition party, the Bangladesh Nationalist Party (BNP), boycotted the election on the grounds that it was not taking place under a neutral caretaker government and that elections held under partisan caretaker governments would not be fair.

Recently Bangladesh was side-tracked from an electoral democracy. Earlier this year, the ruling party Awami League formed government after a one-sided election. Bangladesh’s major opposition party, the Bangladesh Nationalist Party (BNP), boycotted the election on the grounds that it was not taking place under a neutral caretaker government and that elections held under partisan caretaker governments would not be fair.

Since the early 1990s Bangladeshi political parties had agreed to hold national elections under non-partisan, neutral caretaker governments after the collapse of the Ershad regime and the coming of multiparty democracy. The 2014 election marked a sharp break with this tradition.

Foreign aid, western NGOs, the World Bank and the IMF have helped Bangladesh make considerable progress in health, literacy and general wellbeing. As Amartya Senhas argued, the level of social progress achieved by Bangladesh had brought the country ahead of its much larger democratic neighbour, India.

The problem for Bangladesh, however, is that its politics — embedded with violence, corruption and clientelism — have betrayed its social progress. Worse, radical Islamism has also gained a stronghold in the country. As the gap between poor and rich in the country widened, the idea of Islam being an integral part of politics became more popular. 87 per cent of respondents to a 2013 Pew Research survey said that it is a bad thing that Bangladesh does not fully apply sharia law.

European and American history has shown that liberal democracy can flourish within a religious society. The specific problem for Bangladesh is that both major political parties have injected religion into key state policies such as the Five Year Plans and the state-run Islamic Foundation, as well as educational establishments such as schools, college and universities.

A large number of Bangladeshis equate democracy with aspects of economic development, like the building of infrastructure. And while this represents a failure of those who advocate democracy to explain what it is or how it benefits Bangladeshis, it’s easy to see why many are focused on the practical rather than the political. Bangladesh’s government and its NGOs need to work much harder to make ordinary citizens aware of the fruits of democracy including civil and political rights.

The dynastic nature of both national political parties, and the long-standing tendency of party leaders enriching themselves via corruption, can partially explain why both the Awami League and BNP try to distract citizens by promoting a religious identity. The BNP’s alliance with the right-wing Jamaat-e-Islami, a party modelled on the Muslim Brotherhood in Egypt, has made the political situation more complex.

The Indian government raised allegations that during the period of BNP–Jamaat government in 2001–06, with support from Pakistan’s spy agency, Jamaat was responsible for exporting terrorism to India, hence India’s support of the Awami League’s one sided election in 2014. In contrast to India, all Western nation states called for a new election.

In order to try to persuade the Awami League not to hold an election overseen by a partisan government, UN Secretary-General Ban Ki-moon sent his special envoy Oscar Fernandez Taranco, the Assistant Secretary-General for Political Affairs, to attempt to broker a deal between the Awami League and the BNP in 2013. He failed to broker an agreement, and left the country.

The distinction between Bangladesh’s major parties and conventional Islamist parties in terms of engaging or integrating Islam into politics is minimal. Major parties have both constructed an environment in which religion holds an increasingly strong influence in Bangladeshi society. Political Islam sets the framework of Bangladesh’s politics, and is likely to remain so for the foreseeable future.