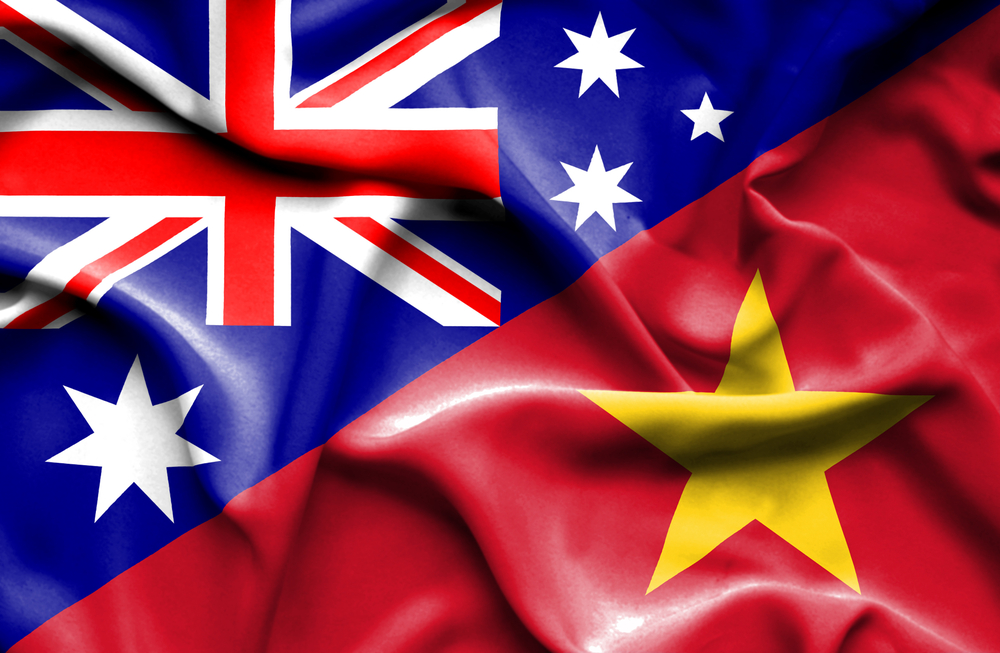 Vietnamese Prime Minister Nguyen Tan Dung’s visit to Australia in mid-March 2015 has highlighted how Australia–Vietnam relations relate to the broader strategic picture in the Asia Pacific. While much attention is paid to ‘the rise of China’, the ‘Pacific pivot’ of the United States and the concerns of major powers like Japan, India and Indonesia, regional strategic issues are also important to middle powers such as Australia and Vietnam.

Vietnamese Prime Minister Nguyen Tan Dung’s visit to Australia in mid-March 2015 has highlighted how Australia–Vietnam relations relate to the broader strategic picture in the Asia Pacific. While much attention is paid to ‘the rise of China’, the ‘Pacific pivot’ of the United States and the concerns of major powers like Japan, India and Indonesia, regional strategic issues are also important to middle powers such as Australia and Vietnam.

The Australia–Vietnam relationship sits within a bilateral and multilateral context. Vietnam is an emerging economy and there are mutual benefits for the two countries in developing their trade and investment relationship. Vietnam is also an important recipient of Australian development assistance and sends students to Australian institutions of higher education. While defence cooperation and security dialogues are part of the relationship, they are not hugely significant.

An important factor affecting the Australia–Vietnam relationship is the presence of a large Vietnamese community in Australia, comprised of mainly refugees from the aftermath of the Vietnam War and their descendants. According to Australia’s Department of Immigration and Border Protection, there were 215,460 Vietnamese-born people in Australia at the end of June 2013. Given its origins, this community is generally critical of the communist government in Vietnam. But their influence on the substantive issues in Australia–Vietnam relations appears to be limited. The Australian government pays some attention to human rights issues in Vietnam, but these are generally quarantined from the substantive issues.

Apart from the bilateral issues, there are various multilateral contexts where both countries are engaged. Vietnam is seeking Australian support in its bid for United Nations Security Council membership in 2020–21. The two countries are both involved in the negotiations for the Trans-Pacific Partnership. And, considering that Australia is not a member of ASEAN, fostering the Australia–Vietnam relationship would be helpful for Australian relations with ASEAN as a whole.

The Australia–Vietnam Comprehensive Partnership of September 2009 highlighted the two countries’ mutual interests. Yet, significantly, it was not a ‘strategic’ partnership. While the Vietnamese prime minister was in Canberra in March 2015, the two governments recommitted themselves by signing the Declaration on Enhancing the Australia–Vietnam Comprehensive Partnership.

To appreciate how the Australia–Vietnam relationship relates to the broader strategic context in the Asia Pacific, it is helpful to note key features of both countries’ strategic stances. Concerns about a ‘rising’ China are foremost for both Australia and Vietnam, despite the concurrent importance of economic relations and the desire to continue to benefit from those relations. China is Australia’s largest export market, accounting for 36.7 per cent in 2013–14. It is also the single most important source of Australia’s imports, with 19.9 per cent coming from China in the same period.

In Vietnam’s case, China is the third most important destination for exports and single most important source of imports, accounting for 10 and 27.9 per cent in 2013 respectively. Economics aside, strategically engaging, rather than isolating, China as a major power in the Asia Pacific is another important reason to be on good terms with China.

At the same time, Australia and Vietnam both wish to avoid a situation where China assumes a more hegemonic role in the Asia Pacific. Vietnam’s strategic culture is rooted in a concern to maintain its independence and avoid domination. China is more distant for Australians, but again there are concerns about China playing a dominant role in the region.

Australia has looked mainly to its ally the United States to provide the necessary counterbalance. Vietnam clearly does not have that kind of relationship with the US, but it has sought to strengthen its relationship with Washington. Both Australia and Vietnam have also given some attention to strengthening relations with the other major powers in the region, particularly Japan and India.

This approach to China can be termed ‘accommodation combined with soft balancing’. And it involves more than the relationships with the major powers. The relationships between and among the various other powers within the region are also important. Multilateral contexts such as ASEAN, APEC, the East Asian Summit and the ASEAN Regional Forum can also be important. The United Nations provides another context where these relationships can develop and be played out.

But, in general, ‘accommodation with soft balancing’ is a hedging strategy that avoids putting any one power or group of powers into a corner. It aims to provide flexibility within a situation of great fluidity. In terms of the strategic context, it is from this perspective that recent developments in the Australia–Vietnam relationship are most usefully viewed.