Home » Are You Ready for Renminbi?

Are You Ready for Renminbi? 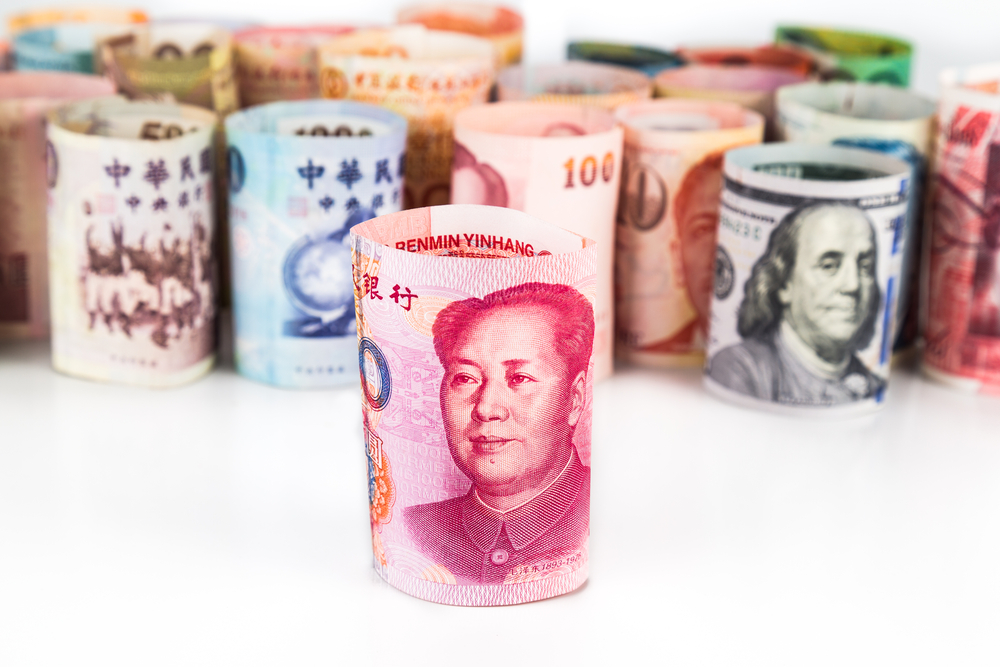 On October 1, the Chinese renminbi officially joins becomes the fifth international reserve currency. Until recently, Washington played geopolitics to defer the renminbi’s internationalization. However, what about Wall Street?

On October 1, the Chinese renminbi officially joins becomes the fifth international reserve currency. Until recently, Washington played geopolitics to defer the renminbi’s internationalization. However, what about Wall Street?

On October 1, 2016, the Chinese renminbi (RMB) will officially join the International Monetary Fund’s (IMF) international reserve assets; that is, the SDR (Special Drawing Rights) basket. From the perspective of the IMF, this is a ready affirmation of China’s success in opening up its markets. The inclusion of the renminbi into the ranks of the most important international currencies codifies the acceleration of bilateral and multilateral RMB transactions worldwide.

As almost a year has passed since the IMF’s decision, the U.S. has finally, though quietly and belatedly, begun to participate in the RMB internationalization. Nevertheless, as the RMB’s expansion is rapidly accelerating, Wall Street’s moves are still too little too late.

After October 1, RMB asset are likely to benefit from three consequent waves of capital inflows. The first wave involved the very inclusion of the RMB among the IMF international reserve assets. That caused a re-weighting of the SDR basket, which is currently valued at $285 billion. Before the RMB inclusion, the basket was dominated by the U.S. dollar (41.9%), followed by the euro (37.4%), UK pound (8.1%) and yen (8.3%). As the RMB was included in the SDR assets, the shares were re-weighted.

Today, the SDR assets remain dominated by the weights of the US dollar (41.7%), the euro (30.9%) and Chinese renminbi (10.9%), followed by the UK pound (8.1%) and Japanese yen (9 percent). The weight of the RMB translates to about $31billion into the RMB assets starting in October, probably gradually over half a decade.

As long as China’s economic growth prevails, even as it decelerates, and financial reforms continue, the RMB inclusion is likely to prompt another wave of capital inflows by central banks, reserve managers and sovereign wealth funds. Today, the allocated part of the global foreign exchange reserves – which the IMF calls the Currency Composition of Official Foreign Exchange Reserves, or COFER – amounts to $7.2 trillion. The US dollar still accounts for nearly two-thirds of the total, against a fifth by the euro, while the pound and the yen are less than 5% each.

Now, assuming that China’s current share of global reserves is about 1 percent, the IMF’s decision could cause a significant capital inflow (5%) – about the weight of the yen or pound – into the RMB assets, which would translate to some $360 billion by 2020. If, on the other hand, the RMB’s COFER share would reflect its SDR weight (10.9%), the inflow of capital could more than double to over $780 billion.

A third capital inflow is likely to ensue as private institutional and individual investors follow in the footprints of the IMF and public investors. If these allocations rise to just 1 percent, they could unleash about $200 billion into the RMB assets by 2020. Again, if these allocations would reflect the renminbi’s SDR weight, capital inflows could double, triple or increase by a magnitude.

In a favorable scenario, the total expected capital inflows to the RMB assets by the IMF, public and private sector investors could soar to an accumulated $600 billion by 2020. That is a conservative scenario. With different assumptions, the real figure could double, triple or far more.

In addition, China’s current share of global reserves may be higher than estimated, as the IMF’s total foreign exchange reserves also include $3.8 trillion worth of unallocated reserves. Furthermore, after half a decade of stagnation in the major advanced economies, all investors are struggling to achieve higher yields and to diversify their assets. Therefore, any major new crisis in the advanced economies could accelerate capital inflows in the RMB assets.

The current RMB/USD exchange rate is 6.67 but expected to soften to about 6.75 by the year-end, which means the renminbi’s continued weakening against the trade-weighted basket in the near-term. Based on current trends, the RMB appreciation will pick pace and is likely to return to 6.40 levels by early 2020s. Nevertheless, the recent renminbi deceleration has been seized as a pretext for caution and complacency in the West, particularly after the volatility of Chinese markets in summer 2015.

Nevertheless, policy stances are no longer identical on both sides of the Atlantic. For years, New York City’s Wall Street and London’s City have competed for the role of the financial capital of the world. Seen purely in terms of size, the New York Stock Exchange has a market capitalization of close to $19 trillion; and NASDAQ $7.5 trillion, whereas that of the London Stock Exchange is over $3.6 trillion. However, historical experience suggests that leadership in international financial services requires that these global financial hubs to remain close to both advanced and emerging markets and the innovation frontier. Yet, unlike London, Wall Street is embracing the renminbi very slowly.

Wall Street hesitation is paced by Washington’s geopolitics. Take, for instance, the case of China-proposed Asian Infrastructure and Investment Bank (AIIB). In spring 2015, many countries in Asia and elsewhere joined the AIIB, while Europeans initially stood aside. What changed the game was the UK’s decision as the first major Western country to participate in the AIIB. It paved the way for the rest of Europe to follow in its footprints.

However, the US has kept its distance.

Today, there are more than 20 offshore RMB clearing hubs appointed by the People’s Bank of China (PBOC). Characterized by strong Chinese trading and investment ties, these hubs are strategically located around the world to cover all time zones and major world regions.

Not so long ago, Hong Kong still dominated all renminbi payments internationally. However, things are changing. Last spring, UK became the largest center for the renminbi outside of greater China, according to SWIFT. Hong Kong is still dominant (70%) but in relative decline, followed by the UK (6.5%), and Singapore (4.5%).

With $2.15 trillion traded daily, London remains the world’s largest single foreign-exchange trading center. The RMB is today the eighth most-traded currency in the city and involved in 1.8 percent of transactions. That amounts to about $39 billion of deals but is way behind $1.9 trillion for the dollar and $837 billion for the euro. However, if the spotlight is shifted on relative growth, which is based on future expectations, rather than absolute volume, which reflects past glory, Chinese renminbi is flying.

What we have seen so far of the international renminbi revolution is just the tip of the iceberg. When Beijing is accelerating its opening-up policies, Washington should not resort to containment policies. American financial intermediaries need the renminbi to achieve adequate yields in the coming decades. Conversely, Chinese financial intermediaries hope to diversify in the advanced markets to optimize diversification.

China’s International Renminbi Is Coming – Is Wall Street Ready? is republished with permission from The Difference Group