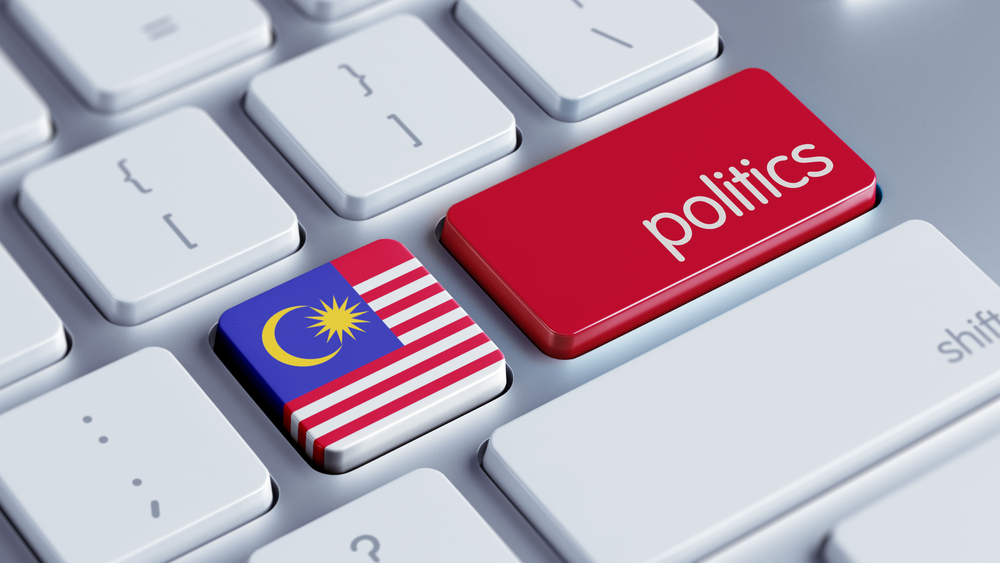 It was the first time both had come into contact since September 1998, when Mahathir, then prime minister, unceremoniously sacked Anwar as his deputy and had him jailed for abuse of power and sodomy. Coming just three days after the 18th anniversary of that fateful event, the Mahathir–Anwar handshake was a groundbreaking ‘reunion’. Mahathir said he was not there to ‘talk about the past’ but to show support for Anwar’s bid against the NSC. He, like Anwar, views the NSC as unconstitutional and fears the act will give Prime Minister Najib Razak too much power.

However, this is not the first time that Mahathir and Anwar have attempted to come back together. Earlier in March, Mahathir launched his Citizens’ Declaration ‘rainbow movement’ to mobilise public support against Najib, who is fighting for political survival due to the 1MDB scandal.

There were moves at the time to get the divided political opposition to throw their support behind Mahathir, who was emerging as Najib’s harshest critic. Anwar, freed in 2004 but now back in jail, initially intimated his endorsement. He later pulled back when Mahathir showed more interest in simply toppling Najib than bringing about sweeping reforms to the political system, including the national leadership. Anwar’s change of heart raised doubts about his trust in Mahathir.

Anwar’s wife Wan Azizah, who succeeded him as opposition leader, is still bitter with Mahathir for throwing her husband into jail 18 years ago on what she regards as trumped-up charges. After the historic meeting in court this week, Wan Azizah, though still guarded, seemed more accepting, possibly because of Mahathir’s gesture of apparent reconciliation. For a man of immense pride, Mahathir’s decision to turn up in court to support Anwar was doubtless a big gesture. It was magnanimity, humble pie and realpolitik rolled into one.

The shrewd politician that he is, Mahathir must be fully aware that his presence at Anwar’s court hearing could be interpreted in many ways. One interpretation is that it was a tacit apology to Anwar and his family. Anwar, when besieged by the media, said ‘anybody who supports the reform agenda must be given a chance’.

Will this mark the start of yet another chapter in Malaysian politics? Leaders of United Malays National Organisation (UMNO), Malaysia’s largest party, shot down the Mahathir–Anwar reconciliation as a political gimmick born out of Mahathir’s desperation to unseat Najib. However, it would be a folly for the UMNO to underestimate the Anwar–Mahathir tag team.

Both know they can accomplish much if only they could overcome their animosity and join forces once again. In addition, both know that, despite apparent peace, Malaysian politics is going through an existential crisis that could do with their statesmanship.

On the ruling coalition side, the pillar that holds up the system — the UMNO — is under pressure to defend or replace its controversial president who is also prime minister. If the UMNO goes through another leadership upheaval, the entire ruling Barisan Nasional (BN) coalition could unravel. The UMNO crisis has pushed Mahathir and former deputy premier Muhyiddin Yassin out of the UMNO and into the fold of the anti-Najib front.

Yet the opposition, once strong and unified under the leadership of Anwar when he was free, is now suffering from its own debacle. With Anwar back in jail, there is no leader of the same stature and pulling power; no rallying point. The once-promising multi-ethnic Pakatan Rakyat (People’s Alliance) has now split and reconfigured to become Pakatan Harapan (Alliance of Hope). Mahathir and Muhyiddin’s new party, Pribumi Bersatu, has emerged in that leadership vacuum. However, this new mix is fragile. Can Mahathir or Muhyiddin be the new de facto chief of the opposition? Or will they all rally around Anwar?

Both Anwar and Mahathir know they are rushing against time. If there is any lawful change to be made, it must be done through the general election. There are signs that Najib may hasten the next general election to capitalise on the opposition’s disarray. It takes time for an opposition to rebuild itself, especially one that has been so badly split.

Ever the wily political animal, Mahathir saw the solution in a new modus vivendi with his former protégé. Anwar, ever the embracing politician, signalled his willingness to go forward and ‘engage’ Mahathir. A new page is being written in opposition politics, or is it?

The big task ahead for both Mahathir and Anwar transcends the two individuals. The political system as a whole needs more than reform. It needs re-engineering. The UMNO as the political core, even insiders agree, needs a shake-up to root out deep-seated corruption. However, can any leader do it when the UMNO has proven to be impervious to change?

Three high-ranking UMNO leaders — Anwar, Mahathir and Muhyiddin — are now out of the party to bring about change from the outside. This is as ironic as it is telling. If a two-coalition system in Malaysia is unworkable, could there be a new political paradigm? Interestingly, some maverick UMNO leaders, such as Rais Yatim, are already thinking of bringing together both sides of the political divide.

If Mahathir and Anwar succeed in forging a new alliance to challenge BN at the coming general election, they will still need to prove this new alliance can win. Assuming they do and throw BN and Najib out of power, Mahathir and Anwar will still have to bring about real political change. What that will be remains uncharted, but they are clearly disturbed by the legacy that may be left behind for the next generation.

Mahathir and Anwar reviving an unlikely alliance? is republished with permission from East Asia Forum