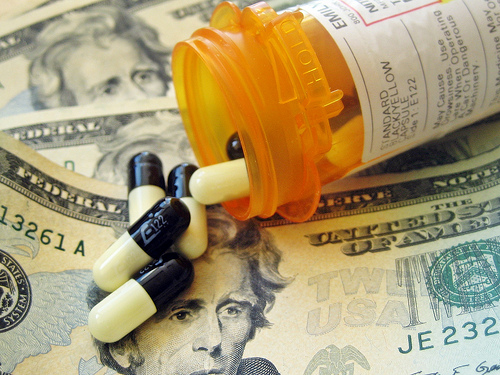 The pharmaceutical industry today is a broken intellectual-property regime, which holds back on the development and availability of cheap drugs for the sake of profit maximisation. But it doesn’t have to be this way. An international effort by the World Health Organisation may now represent a once-in-a-generation opportunity to remedy a long-standing and egregious inequity in health care.

The pharmaceutical industry today is a broken intellectual-property regime, which holds back on the development and availability of cheap drugs for the sake of profit maximisation. But it doesn’t have to be this way. An international effort by the World Health Organisation may now represent a once-in-a-generation opportunity to remedy a long-standing and egregious inequity in health care.

NEW YORK – Every year, millions of people die from preventable and treatable diseases, especially in poor countries. In many cases, lifesaving medicines can be cheaply mass-produced, but are sold at prices that block access to those who need them. And many die simply because there are no cures or vaccines, because so little of the world’s valuable research talent and limited resources is devoted to addressing the diseases of the poor.

This state of affairs represents a failure of economics and law that urgently needs to be corrected. The good news is that there are now opportunities for change, most promisingly through an international effort headed by the World Health Organization that would begin to fix the broken intellectual-property regime that is holding back the development and availability of cheap drugs.

Two main problems limit the availability of medicines today. One is that they are very costly; or, more accurately, the price charged for them is very high, though the cost of producing them is but a fraction of that amount.

[quote]Second, drug development is geared toward maximizing profit, not social benefit, which skews efforts directed at the creation of medicines that are essential to human welfare. Because the poor have so little money to spend, drug companies, under current arrangements, have little incentive to do research on the diseases that afflict them.[/quote]


It doesn’t have to be this way. Drug companies argue that high prices are necessary to fund research and development. But, in the United States, it is actually the government that finances most health-related research and development – directly, through public support (National Institutes of Health, National Science Foundation), and indirectly, through public purchases of medicine, both in the Medicare and Medicaid programs. Even the part that is not government-financed is not a conventional market; most individuals’ purchases of prescription medicines are covered by insurance.

Government finances health-care research because improved medicines are a public good. The resulting knowledge benefits everyone by stopping epidemics and limiting the economic and human toll of widespread illness. Efficiency requires sharing research as widely as possible as soon as it is available. Thomas Jefferson compared knowledge to candles: when one is used to light another, it does not diminish the light of the first. On the contrary, everything becomes brighter.

[quote]Yet, in America and most of the world, drug prices are still exorbitant and the spread of knowledge is tightly limited. That is because we have created a patent system that gives innovators a temporary monopoly over what they create, which encourages them to hoard their knowledge, lest they help a competitor.[/quote]

Related: New Law to Force Drug Companies to Report How Much They Pay Doctors

Related: Blockbuster Drug Prices to Plummet as Patents Run Out

While this system does provide incentives for certain kinds of research by making innovation profitable, it allows drug companies to drive up prices, and the incentives do not necessarily correspond to social returns. In the health-care sector, it may be more profitable to devote research to a “me-too” drug than to the development of a treatment that really makes a difference. The patent system may even have adverse effects on innovation, because, while the most important input into any research is prior ideas, the patent system encourages secrecy.

A solution to both high prices and misdirected research is to replace the current model with a government-supported prize fund. With a prize system, innovators are rewarded for new knowledge, but they do not retain a monopoly on its use. That way, the power of competitive markets can ensure that, once a drug is developed, it is made available at the lowest possible price – not at an inflated monopoly price.

Fortunately, some US lawmakers are taking a strong interest in this approach. The Prize Fund for HIV/AIDS Act, a congressional bill introduced by Senator Bernie Sanders, is just such an initiative. His bill also contains an important provision aimed at encouraging open-source research, which would move the current research model away from secrecy toward sharing.

But, globally, our innovation system needs much bigger changes. The WHO’s efforts to encourage broad reforms at the international level are crucial. This spring, the WHO released a report that recommends solutions similar to those proposed in the US Senate bill, but on a global level.

Importantly, the report, “Research and Development to Meet Health Needs in Developing Countries,”recommends a comprehensive approach, including mandatory funding contributions from governments for research on developing countries’ health needs; international coordination of health-care priorities and implementation; and a global observatory that would monitor where needs are greatest. In late May, the international community will have a chance to begin implementing these ideas at the WHO World Health Assembly – a moment of hope for public health around the world.

Related: Infographic: The Cost Of Getting The Flu

[quote]Reforming our innovation system is not just a matter of economics. It is, in many cases, a matter of life and death. It is therefore essential to de-link R&D incentives from drug prices, and to promote greater sharing of scientific knowledge.[/quote]

For America, the Sanders bill marks important progress. For the world, the WHO’s recommendations represent a once-in-a-generation opportunity to remedy a long-standing and egregious inequity in health care, and, more broadly, to set a model for governance of global public goods befitting an era of globalization. We cannot afford to let this opportunity pass us by.