Samoa is a lower middle-income economy comes under the East Asia and the Pacific region as to the classification made by the World Bank on the basis of income and region for the year 2006.

The total population of the country has reached at 183.7 thousands as in the year 2004, with an annual percentage growth rate of 0.8.

The following diagram shows the annual percentage growth rate of population of the country over various years: 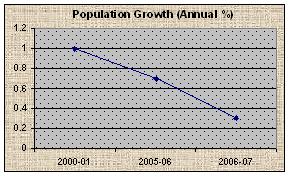 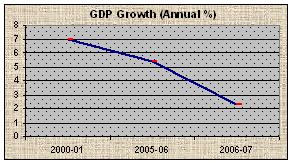