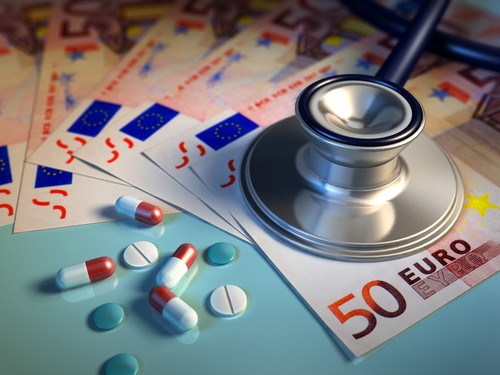 NEW YORK – The Indian Supreme Court’s refusal to uphold the patent on Gleevec, the blockbuster cancer drug developed by the Swiss pharmaceutical giant Novartis, is good news for many of those in India suffering from cancer. If other developing countries follow India’s example, it will be good news elsewhere, too: more money could be devoted to other needs, whether fighting AIDS, providing education, or making investments that enable growth and poverty reduction.

But the Indian decision also means less money for the big multinational pharmaceutical companies. Not surprisingly, this has led to an overwrought response from them and their lobbyists: the ruling, they allege, destroys the incentive to innovate, and thus will deal a serious blow to public health globally.

These claims are wildly overstated. In both economic and social-policy terms, the Indian court’s decision makes good sense. Moreover, it is only a localized effort at rebalancing a global intellectual-property (IP) regime that is tilted heavily toward pharmaceutical interests at the expense of social welfare. Indeed, there is a growing consensus among economists that the current IP regime actually stifles innovation.

The impact of strong IP protection on social welfare has long been considered ambiguous. The promise of monopoly rights can spur innovation (though the most important discoveries, like that of DNA, typically occur within universities and government-sponsored research labs, and depend on other incentives). But there often are serious costs as well: higher prices for consumers, the dampening effect on further innovation of reducing access to knowledge, and, in the case of life-saving drugs, death for all who are unable to afford the innovation that could have saved them.

The weight given to each of these factors depends on circumstances and priorities, and should vary by country and time. Advanced industrialized countries in earlier stages of their development benefited from faster economic growth and greater social welfare by explicitly adopting weaker IP protection than is demanded of developing countries today. Even in the United States, there is growing concern that so-called hold-up patents and me-too patents – and the sheer thicket of patents, in which any innovation is likely to become entangled in someone else’s IP claims – are diverting scarce research resources away from their most productive uses.

[quote] India represents only about 1-2 percent of the global pharmaceutical market. But it has long been a flashpoint in battles over expansion of pharmaceutical companies’ global IP rights, owing to its dynamic generics industry and its willingness to challenge patent provisions both domestically and in foreign jurisdictions. [/quote]

The revocation of patent protection for medicines in 1972 greatly expanded access to essential medicines, and led to the growth of a globally competitive domestic industry that is often called the “pharmacy of the developing world.” For example, production of anti-retroviral drugs by Indian generic manufacturers such as Cipla has reduced the cost of life-saving AIDS treatment in Sub-Saharan Africa to just 1 percent of the cost a decade ago.

Much of this globally valuable capacity was built under a regime of weak – in fact, non-existent – protection for pharmaceutical patents. But India is now bound by the World Trade Organization’s TRIPS agreement, and has revised its patent laws accordingly, causing widespread anxiety in the developing world about the implications for global provision of affordable medicines.

Indeed, the Gleevec decision is still only a small reversal for Western pharmaceuticals. Over the last two decades, lobbyists have worked to harmonize and strengthen a far stricter and globally enforceable IP regime. As a result, there are now numerous overlapping protections for pharmaceutical companies that are very difficult for most developing countries to contest, and that often pit their global obligations against their domestic obligations to protect their citizens’ lives and health.

According to the Indian Supreme Court, the country’s amended patent law still places greater weight on social objectives than in the US and elsewhere: the standards of non-obviousness and novelty required to obtain a patent are stricter (especially as they pertain to medicines), and no “evergreening” of existing patents – or patent protection for incremental follow-up innovations – is allowed. The court thus reaffirmed India’s primary commitment to protecting its citizens’ lives and health.

The decision also highlighted an important fact: Despite its severe limitations, the TRIPS agreement does have some (rarely used) safeguards that give developing countries a certain degree of flexibility to limit patent protection. That is why the pharmaceutical industry, the US, and others have pushed since its inception for a wider and stronger set of standards through add-on agreements.

Such agreements would, for example, limit opposition to patent applications; prohibit national regulatory authorities from approving generic medicines until patents have expired; maintain data exclusivity, thereby delaying the approval of biogeneric drugs; and require new forms of protection, such as anti-counterfeiting measures.

Related News: New Law to Force Drug Companies to Report How Much They Pay Doctors

There is a curious incoherence in the argument that the Indian decision undermines property rights. A critical institutional foundation for well-functioning property rights is an independent judiciary to enforce them. India’s Supreme Court has shown that it is independent, interprets the law faithfully, and does not easily succumb to global corporate interests. It is now up to the Indian government to use the TRIPS agreement’s safeguards to ensure that the country’s intellectual-property regime advances both innovation and public health.

Globally, there is growing recognition of the need for a more balanced IP regime. But the pharmaceutical industry, trying to consolidate its gains, has been pushing instead for an ever stronger and more imbalanced IP regime. Countries considering agreements like the Trans-Pacific Partnership or bilateral “partnership” agreements with the US and Europe need to be aware that this is one of the hidden objectives. What are being sold as “free-trade agreements” include IP provisions that could stifle access to affordable medicines, with a potentially significant impact on economic growth and development.

Arjun Jayadev is a professor of economics at the University of Massachusetts Boston and a co-editor of the Journal of Globalisation and Development. Joseph Stiglitz is University Professor, Columbia University, and Recipient of the Nobel Memorial Prize in Economic Sciences in 2001 & the John Bates Clark Medal in 1979.

Do you have a strong opinion on this article or on the economy? We want to hear from you! Tell us what you think by commenting below, or contribute your own op-ed piece at editorial@economywatch.com