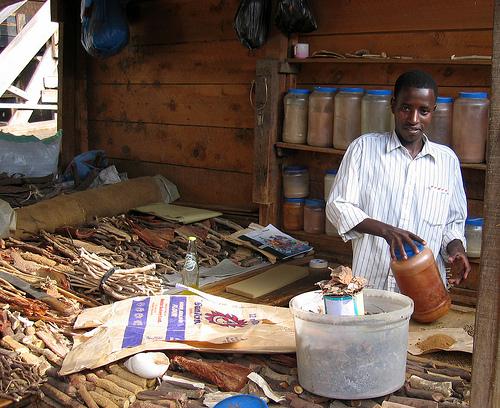 Resources should be a blessing, not a curse; yet contrary to common sense, resource-rich countries in Africa have tend to experience less economic growth in the long run than those deprived of natural riches. The new discoveries of natural resources in several African countries – including Ghana, Uganda, Tanzania, and Mozambique – thus raises an important question: will these newly enriched countries be able to avoid the “resource curse”?

KAMPALA – New discoveries of natural resources in several African countries – including Ghana, Uganda, Tanzania, and Mozambique – raise an important question: Will these windfalls be a blessing that brings prosperity and hope, or a political and economic curse, as has been the case in so many countries?

On average, resource-rich countries have done even more poorly than countries without resources. They have grown more slowly, and with greater inequality – just the opposite of what one would expect. After all, taxing natural resources at high rates will not cause them to disappear, which means that countries whose major source of revenue is natural resources can use them to finance education, health care, development, and redistribution.

A large literature in economics and political science has developed to explain this “resource curse,” and civil-society groups (such as Revenue Watch and the Extractive Industries Transparency Initiative) have been established to try to counter it. Three of the curse’s economic ingredients are well known:

·      Resource-rich countries tend to have strong currencies, which impede other exports;

·      Volatile resource prices cause growth to be unstable, aided by international banks that rush in when commodity prices are high and rush out in the downturns (reflecting the time-honoured principle that bankers lend only to those who do not need their money).

Moreover, resource-rich countries often do not pursue sustainable growth strategies. They fail to recognize that if they do not reinvest their resource wealth into productive investments above ground, they are actually becoming poorer. Political dysfunction exacerbates the problem, as conflict over access to resource rents gives rise to corrupt and undemocratic governments.

There are well known antidotes to each of these problems: a low exchange rate, a stabilization fund, careful investment of resource revenues (including in the country’s people), a ban on borrowing, and transparency (so citizens can at least see the money coming in and going out). But there is a growing consensus that these measures, while necessary, are insufficient. Newly enriched countries need to take several more steps in order to increase the likelihood of a “resource blessing.”

Related: The Future of Renewable Energy in Africa: Promising or Precarious?

First, these countries must do more to ensure that their citizens get the full value of the resources. There is an unavoidable conflict of interest between (usually foreign) natural-resource companies and host countries: the former want to minimize what they pay, while the latter need to maximize it. Well designed, competitive, transparent auctions can generate much more revenue than sweetheart deals. Contracts, too, should be transparent, and should ensure that if prices soar – as they have repeatedly – the windfall gain does not go only to the company.

Unfortunately, many countries have already signed bad contracts that give a disproportionate share of the resources’ value to private foreign companies. But there is a simple answer: renegotiate; if that is impossible, impose a windfall-profit tax.

All over the world, countries have been doing this. Of course, natural-resource companies will push back, emphasize the sanctity of contracts, and threaten to leave. But the outcome is typically otherwise. A fair renegotiation can be the basis of a better long-term relationship.

Botswana's renegotiations of such contracts laid the foundations of its remarkable growth for the last four decades. Moreover, it is not only developing countries, such as Bolivia and Venezuela, that renegotiate; developed countries like Israel and Australia have done so as well. Even the United States has imposed a windfall-profits tax.

Equally important, the money gained through natural resources must be used to promote development. The old colonial powers regarded Africa simply as a place from which to extract resources. Some of the new purchasers have a similar attitude.

Infrastructure (roads, railroads, and ports) has been built with one goal in mind: getting the resources out of the country at as low a price as possible, with no effort to process the resources in the country, let alone to develop local industries based on them.

Related: Will Africa’s Wet Dreams Turn Into A Nightmare?

Real development requires exploring all possible linkages: training local workers, developing small and medium-size enterprises to provide inputs for mining operations and oil and gas companies, domestic processing, and integrating the natural resources into the country’s economic structure. Of course, today, these countries may not have a comparative advantage in many of these activities, and some will argue that countries should stick to their strengths. From this perspective, these countries’ comparative advantage is having other countries exploit their resources.

Companies will tell Ghana, Uganda, Tanzania, and Mozambique to act quickly, but there is good reason for them to move more deliberately. The resources will not disappear, and commodity prices have been rising. In the meantime, these countries can put in place the institutions, policies, and laws needed to ensure that the resources benefit all of their citizens.

Do you have a strong opinion on this article or on the economy? We want to hear from you! Tell us what you think by commenting below, or contribute your own op-ed piece at editorial@economywatch.com.