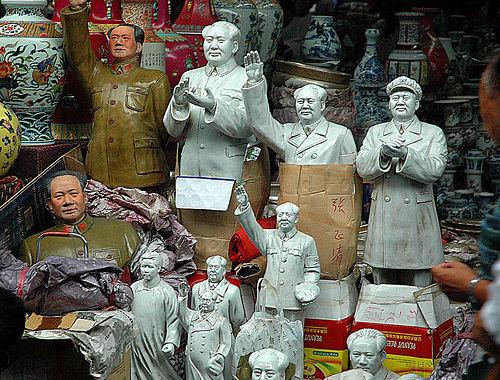 China-bashing in the US has now reached unprecedented levels. While China does account for 42 percent of America’s trade deficit, few realise that the US actually also runs deficits with 87 other countries. At the same time, most of the US problems stem from within the country. Blaming China for all of the US problems will only serve to deflect attention away from those truly responsible for perpetuating the greatest saving shortfall in history.

NEW HAVEN – The United States has a classic multilateral trade imbalance. While it runs a large trade deficit with China, it also runs deficits with 87 other countries. A multilateral deficit cannot be fixed by putting pressure on one of its bilateral components. But try telling that to America’s growing chorus of China bashers.

America’s massive trade deficit is a direct consequence of an unprecedented shortfall of domestic saving. The broadest and most meaningful measure of a country’s saving capacity is what economists call the “net national saving rate” – the combined saving of individuals, businesses, and the government. It is measured in “net” terms to strip out the depreciation associated with aging or obsolescent capacity. It provides a measure of the saving that is available to fund expansion of a country’s capital stock, and thus to sustain its economic growth.

In the US, there simply is no net saving any more. Since the fourth quarter of 2008, America’s net national saving rate has been negative – in sharp contrast to the 6.4 percent-of-GDP averaged over the last three decades of the twentieth century. Never before in modern history has the world’s leading economic power experienced a saving shortfall of such epic proportions.

Related: US National Debt Is a Ticking Time Bomb

Yet the US found a way to finesse this problem. Exploiting what Valéry Giscard d’Estaing called the “exorbitant privilege” of the world’s reserve currency, the US borrowed surplus savings from abroad on very attractive terms, running massive balance-of-payments, or current-account, deficits to attract foreign capital.

The US current account, which was last in balance in 1991, hit a record deficit of $801 billion (6 percent of GDP) in 2006. This gap has narrowed in the past couple of years, but much of the improvement probably reflects little more than the temporary impact of an unusually tough business cycle.

This is where America’s multilateral trade deficit enters the equation, for it has long accounted for the bulk of America’s balance-of-payments gap. Since 2000, it has made up fully 96 percent of the cumulative current-account shortfall.

And that is what ultimately makes the China-centric blame game so absurd. Without addressing the root of the problem – America’s chronic saving shortfall – it is ludicrous to believe that there can be a bilateral solution for a multilateral problem.

Yet that is exactly what US officials, together with many prominent economists, believe America needs. Since the trade deficit is widely thought to put pressure on US jobs and real wages, the US-China trade imbalance has come under special scrutiny in these days of great angst. Yes, China does account for the largest component of America’s multilateral trade deficit – making up 42 percent of the total trade gap in 2010. Conscious outsourcing and supply-chain management decisions by US multinationals play an important role in exaggerating China’s share. But that does little to let China off the hook in the eyes of Washington.