America Needs To Rethink Its Priorities With China: Stephen Roach 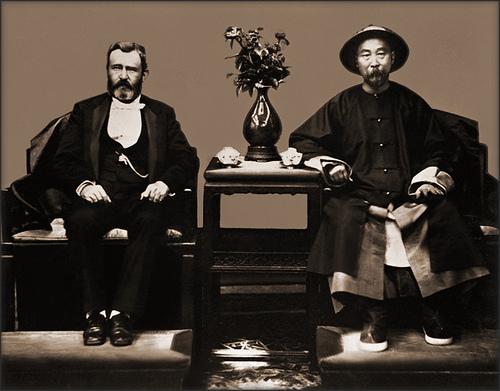 The United States fixation with the Renminbi has distracted the government from far more important economic issues in its relationship with China. Rather than vilifying China as the principal economic threat to America, this relationship should be recast as an opportunity – especially when the opportunities of market access far outweigh the currency threat.

NEW YORK – For seven years, the United States has allowed its fixation on the renminbi’s exchange rate to deflect attention from far more important issues in its economic relationship with China. The upcoming Strategic and Economic Dialogue between the US and China is an excellent opportunity to examine – and rethink – America’s priorities.

Since 2005, the US Congress has repeatedly flirted with legislation aimed at defending hard-pressed American workers from the presumed threat of a cheap Chinese currency. Bipartisan support for such a measure surfaced when Senators Charles Schumer (a liberal Democrat from New York) and Lindsey Graham (a conservative Republican from South Carolina) introduced the first Chinese currency bill.

The argument for legislative action is tantalizingly simple: the US merchandise trade deficit has averaged a record 4.4 percent of GDP since 2005, with China accounting for fully 35 percent of the shortfall, supposedly owing to its currency manipulation. The Chinese, insists a broad coalition of politicians, business leaders, and academic economists, must revalue or face sanctions.

This reasoning resonates with the US public. Opinion polls conducted in 2011 found that fully 61 percent of Americans believes that China represents a serious economic threat. As such, the currency debate looms as a major issue in the upcoming US presidential campaign. “Enough is enough,” President Barack Obama replied, when queried on the renminbi in the aftermath of his last meeting with Chinese President Hu Jintao. Obama’s presumptive Republican challenger, Mitt Romney, has promised to declare China guilty of currency manipulation the day he takes office.

But, however appealing this logic may be, it is wrong. First, America’s trade deficit is multilateral: the US ran deficits with 88 nations in 2010. A multilateral imbalance – especially one that it is traceable to a saving shortfall – cannot be fixed by putting pressure on a bilateral exchange rate. Indeed, America’s major threat is from within. Blaming China merely impedes the heavy lifting that must be done at home – namely, boosting saving by cutting budget deficits and encouraging households to save income rather than rely on asset bubbles.

Second, the renminbi has now appreciated 31.4 percent against the dollar since mid-2005, well in excess of the 27.5 percent increase called for by the original Schumer-Graham bill. Mindful of the lessons of Japan – especially its disastrous concession on sharp yen appreciation in the Plaza Accord of 1985 – the Chinese have opted, instead, for a gradual revaluation. Recent moves toward renminbi internationalization, a more open capital account, and wider currency trading bands leave little doubt that the endgame is a market-based, fully convertible renminbi.

Third, there has been significant improvement in China’s external imbalance. The International Monetary Fund estimates that China’s current-account surplus will narrow to just 2.3 percent of GDP in 2012, after peaking at 10.1 percent in 2007. American officials have long bemoaned China’s saving glut as a major source of global instability. But they should look in the mirror: America’s current-account deficit this year, at an estimated $510 billion, is likely to be 2.8 times higher than China’s surplus.

Finally, China has evolved from the world’s factory to its assembly line. Research shows that no more than 20 to 30 percent of Chinese exports to the US reflect value added inside China. Roughly 60 percent of Chinese exports represent shipments of “foreign invested enterprises” – in effect, Chinese subsidiaries of global multinationals. Think Apple. Globalized production platforms distort bilateral trade data between the US and China, and have little to do with the exchange rate.

Rather than vilifying China as the principal economic threat to America, the relationship should be recast as an opportunity. The largest component of US aggregate demand – the consumer – is on ice. With households focused on repairing severely damaged balance sheets, inflation-adjusted private consumption has expanded at an anemic 0.5 percentaverage annual rate over the past four years. Consumer deleveraging is likely to persist for years to come, leaving the US increasingly desperate for new sources of growth.

Exports top the list of possibilities. China is now America’s third largest and most rapidly growing export market. There can be no mistaking its potential to fill some of the void left by US consumers.

The key to realizing that opportunity lies in access to Chinese markets – all the more significant in light of China’s upcoming pro-consumption rebalancing. Historically, China has had an open development model, with imports running at 28 percent of GDP since 2002 – nearly three times Japan’s 10 percent import ratio during its high-growth era (1960-1989). As a result, for a given increment of domestic demand, China is far more predisposed toward foreign sourcing.

As the Chinese consumer emerges, demand for a wide variety of US-made goods – ranging from new-generation information technology and biotech to automotive components and aircraft – could surge. The same is true of services. At just 43 percent of GDP, China’s services sector is relatively tiny. There is enormous scope for America’s global services companies to expand in China, especially in transactions-intensive distribution sectors – wholesale and retail trade, domestic transportation, and supply-chain logistics – as well as in the processing segments of finance, health care, and data warehousing.

The US needs to refocus the US-China trade agenda toward expanded market access in these and other areas – pushing back against Chinese policies and government procurement practices that favour domestic production and indigenous innovation. Some progress has been made, but more is needed – for example, getting China to join the World Trade Organization’s Government Procurement Agreement. At the same time, the US should reconsider antiquated Cold War restrictions on Chinese purchases of technology-intensive items.

Related: Currency Wars: Will the dollar, euro, yen or yuan prevail in 2012?

For a growth-starved US, the opportunities of market access far outweigh the currency threat. The long-dormant Chinese consumer is about to be unleashed. This plays to one of America’s greatest strengths – its zeal to compete in new markets. Shame on the US if it squanders this extraordinary chance by digging in its heels at the upcoming Strategic and Economic dialogue.