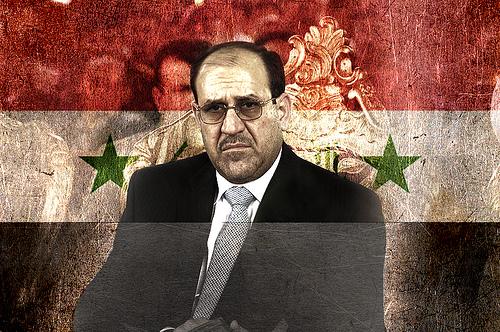 Iraq and Afghanistan sit near the top of a list of the world’s most corrupt nations despite years of occupation by Anglo-American forces and more than $1 trillion of US taxpayers’ money having been spent on the two nations since 2001.

Not withstanding the killing of Osama, we are entitled to ask the question: was this money well spent?

The 2010 Corruption Perceptions Index (CPI) from the Berlin-based watchdog rated Somalia, with a score of 1.1 out of 10, as the world’s most corrupt nation, closely followed by Afghanistan and Myanmar with scores of 1.4, and Iraq on 1.5. The least corrupt were New Zealand, Singapore and Denmark, on 9.3 (See table attached).

“Unstable governments with a history of conflict dominate the bottom rungs of the list,” said Huguette Labelle, Chair of Transparency International.

Dr Jon Moran, a reader in security in Leicester University’s Department of Politics and International Relations, said we should not be surprised that war-torn states dominate the list. The recent histories of both Iraq and Afghanistan demonstrate the link between war and corruption.

“In Iraq, sanctions after the first Gulf War, combined with the existing corruption of Saddam Hussein’s regime created a siege economy in which corruption became endemic,” Moran said.

“Smuggling and black markets became important for everyone from the ordinary citizen to the elites. This is a legacy that is still evident today in the way the Iraqi Government is run.”

The corrupt Government of Prime Minister Nouri al-Maliki is prepared to use violence in defence of its interests. One story is enough to illustrate this fact: Iraq judge Radhi al-Radhi, who was investigating corruption as head of the Iraqi Commission on Public Integrity, was forced to flee to the US in 2007 after 31 of his investigators were assassinated by al-Maliki’s men. The assassins also tortured 12 members of the investigators’ families by drilling holes into their bodies, before killing them, too.

In becoming more corrupt from top to bottom, Iraq has followed a familiar historical pattern. “There is plenty of evidence to show how war-torn or blockaded states often see increases in corruption as smuggling networks, black markets and extortion become a way of gaining and distributing resources. It was evident in Yugoslavia in the 1990s,” Moran said.

The Second Gulf War, and subsequent occupation of Iraq, made an already bad situation even worse. “To the existing corruption was added the effects of the chaotic and politicized US occupation,” Moran said. “Although US society has a highly developed system of legal and agency regulation of political and economic corruption - stronger than the UK, for example - in the highly charged ideological occupation of Iraq, this was ignored.

“A number of the basic rules of good governance, which the West often urges developing countries to adopt, such as controls on the disbursement of funds and strong auditing regimes, were missing. The journalist Patrick Cockburn has argued Iraq is the site of some of history’s biggest frauds.”

A third reason for corruption in Iraq is the poor security situation, said Moran. “The lack of basic security after 2003 fuelled violent crime. Basic services disappeared and everyone was forced to use contacts, and black markets and other desperate measures to simply get by.”

The origins of corruption in Afghanistan, Moran said, also have their antecedents in former war and occupation.

“Afghanistan already had a serious problem with corruption under the Soviet-backed governments of the 1970s and then after the Soviet invasion in the 1980s the country became a site of opium, arms smuggling and black markets,” he said.

The Taliban eradicated opium crops in 2000-2001, but their attitude to drugs has been inconsistent. “They were also not averse to trading it themselves and now they are using it to fund their insurgency,” said Moran. “Afghanistan has always been a major supplier of opium, but the war has created a surge in opium growth. Lack of security, corrupt local security, and the encouragement by the Taliban of opium-growing have all contributed.”

Ned Conway, a researcher at the Institute for Middle East, Central Asia and Caucasus Studies (MECACS) at the University of St Andrews, said the Taliban made money from opium by offering protection to narcotics networks. “The Taliban does not produce opium, but it collects taxes from everyone involved, including farmers, processors, all the way up to the drug barons and kingpins in Pakistan,” he said.

The Anglo-American security forces are too overloaded to fight corruption and prevent opium production.

“The ISAF are relatively thin on the ground and they are expected to do everything from fighting the Taliban, to promoting democracy, to training the police and army and providing local services and eradicating opium,” Moran said.

In his analysis of the corruption in Iraq and Afghanistan, Ned Conway, at the University of St Andrews, focuses on the direct role of Anglo-American money.

“There are two reasons why pouring billions of dollars into Iraq and Afghanistan has made them more corrupt,” he said. “Firstly, if the host government doesn’t have the institutions to make sure the money is accounted for, then people take advantage of the situation. We have members of government who receive bribes in return for contracts and contracting companies which never follow through on projects they were paid to complete.

“The second reason is these countries are incredibly dangerous. If inspectors do not have freedom of movement, so that they aren’t able to check up on a project’s progress in a high conflict area, implementing appropriate anti-corruption safeguards is very difficult.”

It has become impossible to police the situation so that corruption has become a way of life. “The problem is mainly with the sub-contracting or sub-sub-contracting,” said Conway. “You may think you’re giving your money to company X to complete a project, but often there is a chain of sub-contracts before a shovel hits the earth, and all along the way, each sub-contractor takes a cut.”

Conway, however, has some sympathy with the innocent people caught up in the culture of corruption. “In Iraq and Afghanistan, it is to some degree expected. Take the Afghan Border Police officer who makes $130 a month. That is not enough to live on, so the individual is forced to find more ‘creative’ ways to support his family. Is it wrong? If you asked him, he would probably say that President Hamid Karzai is taking a much bigger piece of the pie, so why can’t he? On top of that, he probably won’t be caught. In fact, his boss might even encourage the behaviour.”

Conway believes the Anglo-American occupation will leave different legacies in Iraq to Afghanistan.

“Iraq is in a much better situation than Afghanistan. Large groups of people have a voice now that was stunted under Saddam Hussein, and that voice for the most part manifests itself in the political arena, not in armed conflict. Iraq has its share of problems, and could fall back into true chaos, but more or less the country is much better off,” he said.

“Afghanistan is more difficult. Its system of governance is doomed to fail. There is too much power in central government, not enough power in the provinces. There are also no industries that might ‘save’ the country, whereas in Iraq oil will guarantee money coming into the budget. Afghanistan wants to be a transit state for pipelines and for trade, but that is impossible as long as there is violence.”

THE MOST CORRUPT NATIONS:

Jan Toporowski, chair of the department of economics at the School of Oriental and African Studies, analysed some common characteristics of corrupt countries;

“It is difficult to generalise as the countries have different patterns of corruption. But countries at the bottom tend to have weak banking systems involving a lot of informal payments. A combination of weak laws, suspect payments and weak asset markets makes it difficult to do business. In countries like Uzbekistan, and many African countries, the rich elites want to increase their wealth, but the traditional sources of wealth – such as land – are not appreciating much. So these elites - in these resource-rich lands - turn to ‘informal’ ways of holding onto wealth,” he said.

“Iraq and Afghanistan may be democracies, but democracy is not the only factor. To avoid corruption, it’s important to have a modern ‘impersonal attitude’ to finance. This is what characterises modernity in terms of finance. It means people don’t get too attached to share certificates, or land. They sell on for a better price, or buy and sell against their assets. In the traditional societies of the Middle East, many people still store their wealth in gold and not many people borrow against their wife’s jewels.”

“Most developed countries have been through a period of high corruption, before legal frameworks of accountability are put in place. Developing countries have huge inequalities of income, which leads to more corruption because people are envious of other people’s money. With more equal distribution of income, the incentive to make that extra bit of money through corruption is not there.”

Professor Toporowski says the long-term solution is modernisation of financial sectors. The emergence of a commercial middle-class, which uses modern bank accounts and modern systems of payment, would stop ‘informal’ approaches to business.

“Education changes attitudes. They become educated by studying abroad to the US, or Britain, and taking back ideas which help their countries to modernize. We call them ‘modernising elites’. The education systems in the developing nations are important, too, in bringing about change. In this respect, Somalia is at a disadvantage as literacy is a recent thing there, whereas Myanmar is a relatively urbanised and relatively educated society, so we might expect change to occur more quickly there.”

And check out the Corruption Perception Index, new on the EconomyWatch.com Economic Statistics Database.