The Keynesian Formula Will Not Solve Our Fundamental Growth Problem: Raghuram Rajan 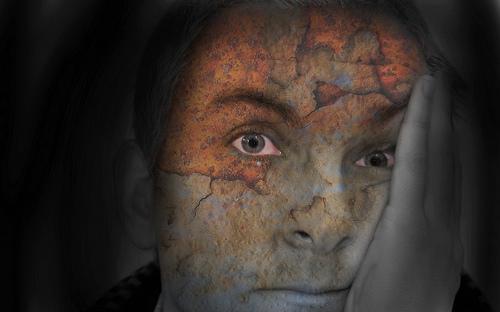 The current economic crisis demands solutions. But while most government officials, central bankers, and Wall Street economists have subscribed to the standard Keynesian formula for recovery, the potential results from this step simply paper over much of the real problems to the economy and create an illusion of normalcy. (Attached Video: Raghuram Rajan on Risks to the Global Economy)

CHICAGO – With the world’s industrial democracies in crisis, two competing narratives of its sources – and appropriate remedies – are emerging. The first, better-known diagnosis is that demand has collapsed because of high debt accumulated prior to the crisis. Households (and countries) that were most prone to spend cannot borrow any more. To revive growth, others must be encouraged to spend – governments that can still borrow should run larger deficits, and rock-bottom interest rates should discourage thrifty households from saving.

Under these circumstances, budgetary recklessness is a virtue, at least in the short term. In the medium term, once growth revives, debt can be paid down and the financial sector curbed so that it does not inflict another crisis on the world.

This narrative – the standard Keynesian line, modified for a debt crisis – is the one to which most government officials, central bankers, and Wall Street economists have subscribed, and needs little elaboration. Its virtue is that it gives policymakers something clear to do, with promised returns that match the political cycle. Unfortunately, despite past stimulus, growth is still tepid, and it is increasingly difficult to find sensible new spending that can pay off in the short run.

Attention is therefore shifting to the second narrative, which suggests that the advanced economies’ fundamental capacity to grow by making useful things has been declining for decades, a trend that was masked by debt-fueled spending. More such spending will not return these countries to a sustainable growth path. Instead, they must improve the environment for growth.

Related: Can The Growth of Emerging Markets Outpace Developed Markets?

The second narrative starts with the 1950’s and 1960’s, an era of rapid growth in the West and Japan. Several factors, including post-war reconstruction, the resurgence of trade after the protectionist 1930’s, the introduction of new technologies in power, transport, and communications across countries, and expansion of educational attainment, underpinned the long boom. But, as Tyler Cowen has argued in his book The Great Stagnation, once these “low-hanging fruit” were plucked, it became much harder to propel growth from the 1970’s onward.

Meanwhile, as Wolfgang Streeck writes persuasively in New Left Review, democratic governments, facing what seemed, in the 1960’s, like an endless vista of innovation and growth, were quick to expand the welfare state. But, when growth faltered, this meant that government spending expanded, even as its resources shrank. For a while, central banks accommodated that spending. The resulting high inflation created widespread discontent, especially because little growth resulted. Faith in Keynesian stimulus diminished, though high inflation did reduce public-debt levels.

Central banks then began to focus on low and stable inflation as their primary objective, and became more independent from their political masters. But deficit spending by governments continued apace, and public debt as a share of GDP in industrial countries climbed steadily from the late 1970’s, this time without inflation to reduce its real value.

Recognizing the need to find new sources of growth, towards the end of Jimmy Carter’s presidency, and then under Ronald Reagan, the United States deregulated industry and the financial sector, as did Margaret Thatcher in the United Kingdom. Productivity growth increased substantially in these countries over time, which persuaded Continental Europe to adopt reforms of its own, often pushed by the European Commission.

Yet even this growth was not enough, given previous governments’ generous promises of health care and pensions – promises made even less tenable by rising life expectancy and falling birth rates. Public debt continued to grow. And the incomes of the moderately educated middle class failed to benefit from deregulation-led growth (though it improved their lot as consumers).

The most recent phase of the advanced economies’ frenzied search for growth took different forms. In some countries, most notably the US, a private-sector credit boom created jobs in low-skilled industries like construction, and precipitated a consumption boom as people borrowed against overvalued houses. In other countries, like Greece, as well as under regional administrations in Italy and Spain, a government-led hiring spree created secure jobs for the moderately educated.

In this “fundamental” narrative, the advanced countries’ pre-crisis GDP was unsustainable, bolstered by borrowing and unproductive make-work jobs. More borrowed growth – the Keynesian formula – may create the illusion of normalcy, and may be useful in the immediate aftermath of a deep crisis to calm a panic, but it is no solution to a fundamental growth problem.

If this diagnosis is correct, advanced countries need to focus on reviving innovation and productivity growth over the medium term, and on realigning welfare promises with revenue capacity, while alleviating the pain of the truly destitute in the short run. For example, Southern Europe’s growth potential may consist in deregulating service sectors and reducing employment protection to spur creation of more private-sector jobs for retrenched government workers and unemployed youth.

In the US, the imperative is to improve the match between potential jobs and worker skills. People understand better than the government what they need and are acting accordingly. Many women, for example, are leaving low-paying jobs to acquire skills that will open doors to higher-paying positions. Too little government attention has been focused on such issues, partly because payoffs occur beyond electoral horizons, and partly because the effectiveness of government programs has been mixed. Tax reform, however, can provide spur retraining and maintain incentives to work, even while fixing gaping fiscal holes.

Three powerful forces, one hopes, will help to create more productive jobs in the future: better use of information and communications technology (and new ways to make it pay), lower-cost energy as alternative sources are harnessed, and sharply rising demand in emerging markets for higher-value-added goods.

The advanced countries have a choice. They can act as if all is well, except that their consumers are in a funk, and that “animal spirits” must be revived through stimulus. Or they can treat the crisis as a wake-up call to fix what debt has papered over in the last few decades. For better or worse, the narrative that persuades these countries’ governments and publics will determine their future – and that of the global economy.

(Video) Raghuram Rajan Discusses The Risks To The Global Economy:

Raghuram Rajan served as IMF’s Chief Economist from September 2003 to January 2007. In 2003, Rajan was the inaugural recipient of the Fischer Black Prize awarded by the American Finance Association for contributions to the theory and practice of finance by an economist under the age of 40. Rajan is currently the Eric J. Gleacher Distinguished Service Professor of Finance at the Booth School of Business at the University of Chicago, and was voted by Economist readers as the economist with the most important ideas in the post-financial crisis world.