Post-Arab Spring: Can The Arab World Revolutionise Their Economies? 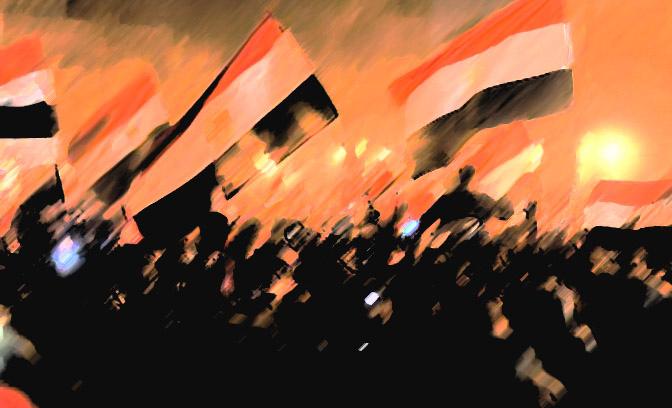 Across the Middle East and North Africa, the political uncertainty surrounding the Arab Spring has led to some economic systems being destabilised. Yet amid this backdrop, Arab nations now have the opportunity to reinvent their economies, with growth, employment, and higher living standards seen to be critical for their future.

ISTANBUL – The ongoing showdown in Egypt between the country’s Islamists and its military rulers is a clear reminder of how difficult democratic transitions in the Arab world are likely to be. Obviously, failure to reach a power-sharing agreement will prolong political instability. But the resulting economic inaction would be just as damaging to the consolidation of democratic rule.

Emerging Arab leaders, from Islamists to re-invented former regime officials, are keenly aware of the need to improve their countries’ economic prospects. They know full well that their popularity can be sustained only if they are able to deliver growth, employment, and higher living standards. This would be a difficult challenge under any circumstances – and is all the more daunting against the backdrop of the Arab Spring’s destabilization of the economic systems across the Middle East and North Africa.

Even in countries like Tunisia and Egypt, where the transition to democracy is more advanced, political uncertainty has tended to plague economic achievements. For the first time since 1986, Tunisia’s economy shrank in 2011, by 1.8 percent. Unemployment reached 18 percent last year, up from 13 percent in 2010. Meanwhile, the Egyptian economy contracted by 0.8 percent, and one million Egyptians lost their jobs. Egypt’s foreign-investment inflows have also dried up, falling from $6.4 billion in 2010 to a mere $500 million in 2011.

The combination of these negative trends is affecting these countries’ fiscal as well as external balances. Egypt’s budget deficit reached 10 percent of GDP, while its foreign-exchange reserves have fallen to $15 billion – barely enough to cover the country’s import bill for the next three months. In Tunisia, too, the budget deficit has widened sharply in the wake of the revolution, rising from 2.6 percent of GDP in 2010 to 6 percent in 2011.

This rapid economic deterioration, combined with the high expectations raised by the onset of political transition, is creating a sense of urgency. Emerging political actors feel compelled to develop more detailed economic programs and to address their populations’ growing material grievances. For example, whereas the Islamists had essentially focused on political themes, highlighting participation, inclusiveness, and democratic reforms, the recent election campaigns witnessed a rhetorical shift to economic aspirations.

Overall, the emerging political players – particularly the Islamist parties – have adopted a rather conciliatory tone regarding engagement with international actors. These parties’ economic programs are by and large pro-market, emphasizing the private sector’s role in driving growth and the need to attract foreign capital. The state is seen as a vehicle for ensuring social justice, and there are scant references to sharia principles.

Both in Tunisia and Egypt, for example, Islamist politicians have given assurances that the economically critical tourism sector will not be hindered by restrictions related to Islamic law. The Islamists’ economic programs also foresee a role for international institutions in helping their countries to overcome the challenges that they face.

Indeed, whereas resistance to foreign intervention and assistance has been strong with respect to democratic reforms, new Arab leaders seem more receptive to a partnership with the West on economic objectives. Economic weakness thus provides an unprecedented opportunity for international engagement with the new Arab leadership, which should incorporate short-, medium-, and long-term goals.

Short-term goals must have priority, because many Islamist parties are being pressed to produce positive results within a single electoral cycle. The new governments will face the immediate challenge of creating jobs, for which the only available recipe is investment in large-scale public-works projects. This type of government spending can create labour-intensive jobs that will help to stem rising unemployment.

The international community can help the Arab governments to launch and sustain such initiatives in several ways. First, it can increase the amount of promised financial assistance. It can also provide technical expertise to Arab policymakers on debt management. Without first-rate expertise in debt management, an economy implementing large-scale public outlays risks crowding out private investment through overreliance on domestic savings.

Related: The Shifting Sands of Power In The Middle East: George Friedman

Only a combination of these options would allow Arab economies to create jobs in the short term, while avoiding the risks of destabilizing fiscal imbalances or a lack of financing for private-sector investment.

The West, for its part, stands to gain in myriad ways from a solid partnership with the Arab world to improve its societies’ economic future. Even in the midst of a protracted currency crisis, European governments can surely sign on to an agenda that prioritizes transfers of know-how over cash infusions.

Sinan Ulgen is a visiting scholar at Carnegie Europe and the chairman of the Istanbul-based EDAM think tank.