Obama – The Harbinger Of A New Era For Politics In America?: Jeffrey Sachs 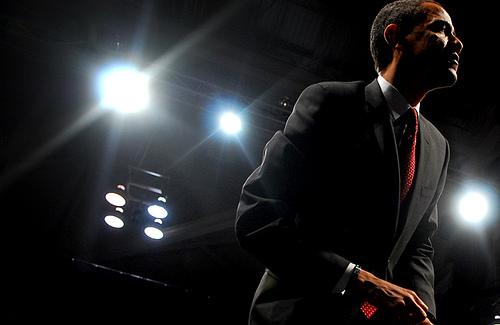 At his second inaugural address on January 21, U.S. President Barack Obama promised more progressive politics for America – shifting away from the Reagan-era policies, led by corporate special interests, over the last three decades. And while it is too early to declare the start of a progressive new era for American politics, more government activism may help to address America’s – and the world’s – most urgent challenges, including building the infrastructure for a sustainable future.

NEW YORK – In 1981, US President Ronald Reagan came to office famously declaring that, “Government is not the solution to our problem. Government is the problem.” Thirty-two years and four presidents later, Barack Obama’s recent inaugural address, with its ringing endorsement of a larger role for government in addressing America’s – and the world’s – most urgent challenges, looks like it may bring down the curtain on that era.

Reagan’s statement in 1981 was extraordinary. It signaled that America’s new president was less interested in using government to solve society’s problems than he was in cutting taxes, mainly for the benefit of the wealthy. More important, his presidency began a “revolution” from the political right – against the poor, the environment, and science and technology – that lasted for three decades, its tenets upheld, more or less, by all who followed him: George H. W. Bush, Bill Clinton, George W. Bush, and, in some respects, by Obama in his first term.

The “Reagan Revolution” had four main components: tax cuts for the rich; spending cuts on education, infrastructure, energy, climate change, and job training; massive growth in the defense budget; and economic deregulation, including privatization of core government functions, like operating military bases and prisons. Billed as a “free-market” revolution, because it promised to reduce the role of government, in practice it was the beginning of an assault on the middle class and the poor by wealthy special interests.

These special interests included Wall Street, Big Oil, the big health insurers, and arms manufacturers. They demanded tax cuts, and got them; they demanded a rollback of environmental protection, and got it; they demanded, and received, the right to attack unions; and they demanded lucrative government contracts, even for paramilitary operations, and got those, too.

For more than three decades, no one really challenged the consequences of turning political power over to the highest bidders.

In the meantime, America went from being a middle-class society to one increasingly divided between rich and poor. CEOs who were once paid around 30 times what their average workers earned now make around 230 times that amount. Once a world leader in the fight against environmental degradation, America was the last major economy to acknowledge the reality of climate change. Financial deregulation enriched Wall Street, but ended up creating a global economic crisis through fraud, excessive risk-taking, incompetence, and insider dealing.

Related: How America Should Rebuild Itself Post-Elections: Joseph Stiglitz

Maybe, just maybe, Obama’s recent address marks not only the end of this destructive agenda, but also the start of a new era. Indeed, he devoted almost the entire speech to the positive role of government in providing education, fighting climate change, rebuilding infrastructure, taking care of the poor and disabled, and generally investing in the future. It was the first inaugural address of its kind since Reagan turned America away from government in 1981.

If Obama’s speech turns out to mark the start of a new era of progressive politics in America, it would fit a pattern explored by one of America’s great historians, Arthur Schlesinger, Jr., who documented roughly 30-year intervals between periods of what he called “private interest” and “public purpose.”

In the late 1800’s, America had its Gilded Age, with the creation of large new industries by the era’s “robber barons” accompanied by massive inequality and corruption. The subsequent Progressive Era was followed by a temporary return to plutocracy in the 1920’s.

Then came the Great Depression, Franklin Roosevelt’s New Deal, and another 30 years of progressive politics, from the 1930’s to the 1960’s. The 1970’s were a transition period to the Age of Reagan – 30 years of conservative politics led by powerful corporate interests.

It is certainly time for a rebirth of public purpose and government leadership in the US to fight climate change, help the poor, promote sustainable technologies, and modernize America’s infrastructure. If America realizes these bold steps through purposeful public policies, as Obama outlined, the innovative science, new technology, and powerful demonstration effects that result will benefit countries around the world.

It is certainly too early to declare a new Progressive Era in America. Vested interests remain powerful, certainly in Congress – and even within the White House. These wealthy groups and individuals gave billions of dollars to the candidates in the recent election campaign, and they expect their contributions to yield benefits. Moreover, 30 years of tax cutting has left the US government without the financial resources needed to carry out effective programs in key areas such as the transition to low-carbon energy.

Still, Obama has wisely thrown down the gauntlet, calling for a new era of government activism. He is right to do so, because many of today’s crucial challenges – saving the planet from our own excesses; ensuring that technological advances benefit all members of society; and building the new infrastructure that we need nationally and globally for a sustainable future – demand collective solutions.

Implementation of public policy is just as important to good governance as the vision that underlies it. So the next task is to design wise, innovative, and cost-effective programs to address these challenges. Unfortunately, when it comes to bold and innovative programs to meet critical human needs, America is out of practice. It is time to begin anew, and Obama’s full-throated defense of a progressive vision points the US in the right direction.