Development, But At What Price? Lessons from the Happiest Place in Asia 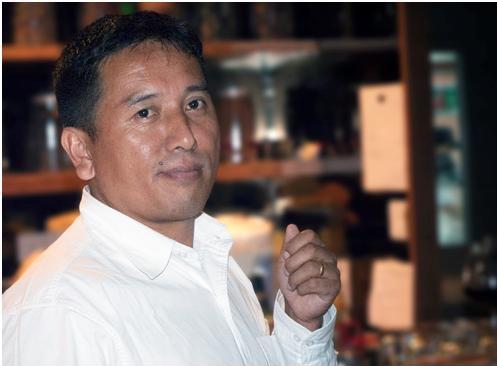 At last month's UN General Assembly, Bhutan's Prime Minister denounced what he called a “monster of a consumerist market economy” that “enslaves humanity and thrives on the insatiable nature of our greed,” urging instead for an alternative form of economic governance that shies away from the indulgent emphasis on GDP. EconomyWatch spoke to Bhutan’s Chief Planning Officer, Mr. Karma Galay, and found out exactly what the nation sees as a viable and sustainable form of alternative development.

Nestled at the edge of the Himalayas and landlocked between two of the world’s most populous nations India and China, one can be quite quickly forgiven for not having heard of the little kingdom of Bhutan.

Long romanticized as a secluded paradise, or the “last Shangri-la”, Bhutan’s idea of personal fulfillment is not just a spiritual pursuit, but a government policy. In fact, while the rest of the world clamors relentlessly in the pursuit of economic growth, the Bhutan state has taken upon itself the responsibility of creating the enabling conditions for what it deems a conscious pursuit of “Gross National Happiness.”

The notion of Gross National Happiness was first coined by Bhutan’s former king, Jigme Singye Wangchuck, in the 1970s as an alternative to Gross National Product. Today, the Bhutanese are refining the country’s guiding philosophy into what they see as a new school of economic, political and social science.

“The concept of GNH has evolved from something philosophical to scientific approach. More appropriate measures have been set up and constructed to get a better measure of happiness. It is a serious project in Bhutan,” said Mr. Karma Galay, Chief Planning Officer of Bhutan.

“There is a lot of beauty and respect for the idea (of GNH),” said Galay. Conceding that there may be several skeptics, Galay argues that the idea is nonetheless applicable and relevant to the Bhutanese economy. “The power of sharing in Bhutan is real and strong, it is part of the culture of the people. Some may say that the concept is too idealistic, too vague for application, or even that it is a Buddhist value. But likewise, the idea of sharing and happiness is a universal value upheld by all people and religions,” he said.

But Bhutan knows that for its novel idea to be taken seriously, it has to work out a set of definitions and standards that can be quantified and scientifically measured. Under the comprehensive GNH framework, Bhutan’s development program now includes four broad themes:

Given that the international community is facing a host of serious challenges – from natural disasters to food and financing crises – Bhutan is keen to avoid the pitfalls of greed and rapid development.

Referring to the global financial crises, Galay points out that “greed is the root of the crises, and that it is important to moderate our wants.” His comment echoes the sentiments of the Bhutan prime minister, Jigme Thinley, at this year’s UN General Assembly.

Lacking political will and indeed, clarity of vision, we deny with clever arguments what we know to be the cause of our predicaments. So we go on – doing what is irrational.

We continue acquiring arms to prevent war; answering climate change with more harmful emissions; racing to extract, produce and consume more in the face of depleting resources; fuelling faltering economies with debt and greed; enabling the wealthy to deepen crevasses that separate the rich from the poor; idealizing individualism as family and community crumble amid rising social dislocation, crime, mental illness, loneliness and suicide.

For too long, we have ignored the truth that the causes of all these problems are interrelated and that durable remedies must be found through a rational and holistic approach. For too long, we have refused to accept that GDP-focused economic models have served their useful purpose and that we need to switch tracks. Guided by the belief that life satisfaction is about material pursuit and accumulation, and that good economics is about limitless growth, our economic development processes have created the monster of a consumerist market economy.

Related: The pursuit of happiness – Will economic objectives stand in the way? By Jeffrey D. Sachs

In a sense, the overarching guiding philosophy behind Bhutan’s principled development is the commitment towards intergenerational equity.

“What is done today shouldn’t be done at the expense of cost on the future generations,” said Galay. His country, he said, was concerned that other countries had become rich but the “happiness of the people did not increase in a commensurate way.”

Adhering to the Gross National Happiness guidelines has thus far seen Bhutan’s forest cover expand from 64 percent to 81 percent in the past four decades. Bhutan is also the only country that has pledged to forever remain carbon neutral. As Galay emphasized, “it was the will of the King to move towards a constitutional monarchy,” as the country smoothly transitioned from an absolute monarchy to a fully-fledged democracy.

Naysayers have questioned if Bhutan is doing away with economic growth and GDP-markers, or even if Bhutan is pursuing this line of Gross National Happiness policy because it does not have material growth.

To this question, Galay answered: “Economic growth is a simply a means to be happy. The goal of economic development is to make people happy, not to make more money.”

Special Thanks to , for arranging the talk on GNH while Mr Karma Galay was in Singapore for Bhutan: Happiness is a Place.

See also: The Pursuit of Happiness – Will Economic Objectives Stand in the Way? : Jeffrey D. Sachs