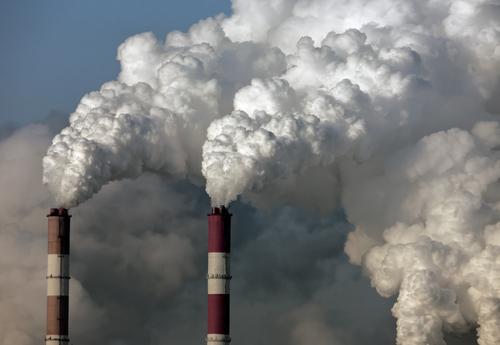 The European Union Emissions Trading System was the world’s first large emissions trading scheme, which required industrial emitters to purchase a permit for each ton of CO2 emissions. However, with permits’ prices plummeting in the midst of Europe’s economic slowdown, a new global strategy is now required to combat climate change. Each region of the world should introduce a tax on CO2 emissions that starts low today and increases gradually and predictably in the future.

NEW YORK – Of all major world regions, Europe has worked the hardest to implement policies aimed at countering human-caused climate change. Yet the cornerstone of Europe’s approach – a continent-wide emissions trading system for the greenhouse gases that cause climate change – is in trouble. That experience suggests a better strategy for both Europe and the rest of the world.

The main greenhouse gas is carbon dioxide. Most CO2 emissions result from the burning of fossil fuels – coal, oil, and natural gas – for energy, global consumption of which is rising as the world economy grows. As a result, we are on a path to very dangerous levels of CO2 in the atmosphere.

Twenty years ago, the world agreed to reduce sharply emissions of CO2 and other greenhouse gases, but little progress has been made. Instead, the rapid growth of the emerging economies, especially coal-burning China, has caused global CO2 emissions to soar.

Yet changing the world’s energy system is a daunting challenge, because fossil fuels are so deeply embedded in the workings of the global economy. Oil provides the main fuel for transportation worldwide. Coal and gas are burned in huge and growing amounts to produce electricity and to provide energy for industry. How, then, can we sustain worldwide economic progress while cutting back sharply on carbon emissions?

There are essentially two solutions, but neither has been deployed on a large scale. The first is to shift massively from fossil fuels to renewable energy sources, especially wind power and solar power. Some countries will also continue to use nuclear power. (Hydroelectric power generation emits no CO2, but there are only a few remaining places in the world where it can be expanded without major environmental or social costs.)

The second solution is to capture CO2 emissions for storage underground. But this technology, called carbon capture and sequestration (CCS), is not yet proven on a large scale. One approach is to capture the CO2 at the power plant as the coal or gas is burned. Another is to capture it directly from the air using specially designed chemical processes. Either way, CCS will require significant investment in further research and development before it becomes a viable technology.

The big problem is time. If we had a century to change the world’s energy system, we could feel reasonably secure. Yet we must complete most of the transformation to low-carbon energy by mid-century. This is extraordinarily difficult given the long transition period needed to overhaul the world’s energy infrastructure, including not only power plants, transmission lines, and transport systems, but also homes and commercial buildings.

Few economic regions have made much progress in this transformation. In fact, the United States is now investing heavily in natural gas without recognizing or caring that its shale-gas boom, based on new hydraulic-fracturing technology, is likely to make matters worse.

Even if the US economy shifts from coal to natural gas, America’s coal will probably be exported for use elsewhere in the world. In any event, natural gas, though somewhat less carbon-intensive than coal, is a fossil fuel; burning it will cause unacceptable climate damage.

Only Europe has tried to make a serious shift away from carbon emissions, creating a system that requires each industrial emitter to obtain a permit for each ton of CO2 emissions. Because these permits trade at a market price, companies have an incentive to reduce their emissions, thereby requiring them to buy fewer permits or enabling them to sell excess permits for a profit.

The problem is that the permits’ market price has plummeted in the midst of Europe’s economic slowdown. Permits that used to sell for more than $30 per ton before the crisis now trade for under $10. At this low price, companies have little incentive to cut back on their CO2 emissions – and little faith that a market-based incentive will return. As a result, much of European industry continues on a business-as-usual energy path, even as Europe tries to lead the world in this transformation.

But there is a much better strategy than tradable permits. Each region of the world should introduce a tax on CO2 emissions that starts low today and increases gradually and predictably in the future.

Related: Polluters Must Pay In ‘The New Era Of Responsibility’: Jeffrey Sachs

Part of the tax revenue should be channeled into subsidies for new low-carbon energy sources like wind and solar, and to cover the costs of developing CCS. These subsidies could start fairly high and decline gradually over time, as the tax on CO2 emissions rises and the costs of new energy technologies fall with more experience and innovation.

With a long-term and predictable carbon tax and subsidy system, the world would move systematically toward low-carbon energy, greater energy efficiency, and CCS. Time is short. The need for all major world regions to adopt practical and far-sighted energy policies is more urgent than ever.