Another Eurozone Crisis In 2014?: Nouriel Roubini 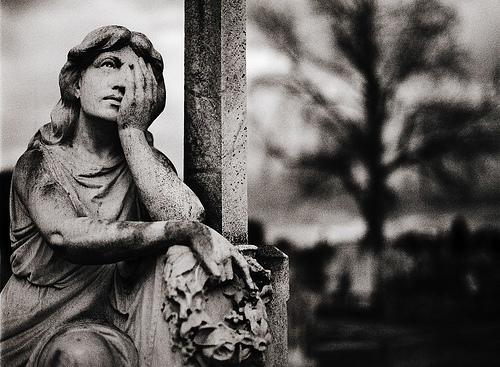 The tail risks of a Greek exit from the eurozone or a massive loss of market access in Italy and Spain have been reduced for 2013. But the fundamental crisis of the eurozone has not been resolved, and another year of muddling through could revive these risks in a more virulent form in 2014 and beyond.

NEW YORK – The risks facing the eurozone have been reduced since the summer, when a Greek exit looked imminent and borrowing costs for Spain and Italy reached new and unsustainable heights. But, while financial strains have since eased, economic conditions on the eurozone’s periphery remain shaky.

Several factors account for the reduction in risks. For starters, the European Central Bank’s “outright monetary transactions” program has been incredibly effective: interest-rate spreads for Spain and Italy have fallen by about 250 basis points, even before a single euro has been spent to purchase government bonds. The introduction of the European Stability Mechanism (ESM), which provides another €500 billion ($650 billion) to be used to backstop banks and sovereigns, has also helped, as has European leaders’ recognition that a monetary union alone is unstable and incomplete, requiring deeper banking, fiscal, economic, and political integration.

But, perhaps most important, Germany’s attitude toward the eurozone in general, and Greece in particular, has changed. German officials now understand that, given extensive trade and financial links, a disorderly eurozone hurts not just the periphery but the core. They have stopped making public statements about a possible Greek exit, and just supported a third bailout package for the country. As long as Spain and Italy remain vulnerable, a Greek blowup could spark severe contagion before Germany’s election next year, jeopardizing Chancellor Angela Merkel’s chances of winning another term. So Germany will continue to finance Greece for the time being.

Nonetheless, the eurozone periphery shows little sign of recovery: GDP continues to shrink, owing to ongoing fiscal austerity, the euro’s excessive strength, a severe credit crunch underpinned by banks’ shortage of capital, and depressed business and consumer confidence. Moreover, recession on the periphery is now spreading to the eurozone core, with French output contracting and even Germany stalling as growth in its two main export markets is either falling (the rest of the eurozone) or slowing (China and elsewhere in Asia).

To be sure, there has been some progress in the eurozone periphery in the last few years: fiscal deficits have been reduced, and some countries are now running primary budget surpluses (the fiscal balance excluding interest payments). Likewise, competitiveness losses have been partly reversed as wages have lagged productivity growth, thus reducing unit labor costs, and some structural reforms are ongoing.

But, in the short run, austerity, lower wages, and reforms are recessionary, while the adjustment process in the eurozone has been asymmetric and recessionary/deflationary. The countries that were spending more than their incomes have been forced to spend less and save more, thereby reducing their trade deficits; but countries like Germany, which were over-saving and running external surpluses, have not been forced to adjust by increasing domestic demand, so their trade surpluses have remained large.

Meanwhile, the monetary union remains an unstable disequilibrium: either the eurozone moves toward fuller integration (capped by political union to provide democratic legitimacy to the loss of national sovereignty on banking, fiscal, and economic affairs), or it will undergo disunion, dis-integration, fragmentation, and eventual breakup. And, while European Union leaders have issued proposals for a banking and fiscal union, now Germany is pushing back.

German leaders fear that the risk-sharing elements of deeper integration (the ESM’s recapitalization of banks, a common resolution fund for insolvent banks, eurozone-wide deposit insurance, greater EU fiscal authority, and debt mutualization) imply a politically unacceptable transfer union whereby Germany and the core unilaterally and permanently subsidize the periphery. Germany thus believes that the periphery’s problems are not the result of the absence of a banking or fiscal union; rather, on the German view, large fiscal deficits and debt reflect low potential growth and loss of competitiveness due to the lack of structural reforms.

Of course, Germany fails to recognize that successful monetary unions like the United States have a full banking union with significant risk-sharing elements, and a fiscal union whereby idiosyncratic shocks to specific states’ output are absorbed by the federal budget. The US is also a large transfer union, in which richer states permanently subsidize the poorer ones.

At the same time, while proposals for a banking, fiscal, and political union are being mooted, there is little discussion of how to restore growth in the short run. Europeans are willing to tighten their belts, but they need to see a light at the end of the tunnel in the form of income and job growth.

If recessions deepen, the social and political backlash against austerity will become overwhelming: strikes, riots, violence, demonstrations, the rise of extremist political parties, and the collapse of weak governments. And, to stabilize debt/GDP ratios, the denominator must start rising; otherwise, debt levels will become unsustainable, despite all efforts to reduce deficits.

Related: The Eurozone Exposed – How Europe Can Avoid A Prolonged Depression: Stefano Micossi

The tail risks of a Greek exit from the eurozone or a massive loss of market access in Italy and Spain have been reduced for 2013. But the fundamental crisis of the eurozone has not been resolved, and another year of muddling through could revive these risks in a more virulent form in 2014 and beyond. Unfortunately, the eurozone crisis is likely to remain with us for years to come, sustaining the likelihood of coercive debt restructurings and eurozone exits.