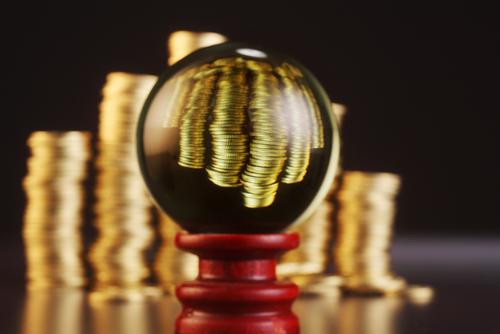 The future of the global economy remains shrouded in mystery. Whether the crises in the United States and the eurozone will improve remains to be seen. While the latest economic data from China largely points to a soft landing, until the Chinese economy rebalances, it will not emerge from its own domestic crisis. In fact, China will be the last major economy to emerge from the global crisis.

In 2006 I started making a number of predictions based on what I thought was the necessary and logical development of China’s growth model. Some of these predictions seemed fairly outlandish, especially to China analysts – Chinese and foreign – who had very little knowledge of economic history or other developing countries, but many of them so far have turned out quite well.

As more and more analysts are beginning to understand the constraints of the Chinese growth model I think it might be useful to list some of these predictions to get a sense of what might be still to come.ã Perhaps my bet with The Economist has caused me to throw caution to the winds, since a smart economist never makes his predictions explicit, but here they are:

1.       China will be the last major economy to emerge from the global crisis. My basic argument was that the global crisis was caused by the necessary reversal of the great trade and capital imbalances of the past decade, and a country can only be said to have emerged from the crisis when those underlying imbalances had been resolved.

Since China’s contribution to the global imbalances has been its excessively high savings rate, China could not emerge from the crisis until the high savings rate had been reduced to a more reasonable level. Since 2007-08, of course, the opposite has happened, as Beijing has exacerbated its domestic imbalances in order to keep growth rates high. But without infinite debt capacity this cannot go on. I think it is pretty clear that over the next few years China will be forced to address and reverse the high savings rate, and it will only be after this happens that China can be said to have emerged from the crisis. This may take a decade or more.

2.       Chinese consumption will continue to stagnate or decline as a share of GDP until the growth model is abandoned. By “abandoning” the model I mean that transfers from the household sector to subsidize rapid growth must be eliminated and reversed.

This is really a continuation of the first prediction. It is too early to say, but 2012 may be the first year in which consumption growth will outpace GDP growth, but only if GDP growth turns out to be much lower than expected – say below 7%. As long as GDP growth rates exceed 7%, there can be no real rebalancing of consumption.

Related Story: How China Can Rebalance Its Economy: Michael Pettis

3.       Although there were many factors that explained both rapidly rising GDP and the contracting consumption share, financial repression would eventually be recognized to be the key factor. It took many years to make this point, but it has become pretty clear to everyone that financial repression is at the heart of China’s problem. This may explain Premier Wen’s recent and rather shocking attack on the banks, although in my opinion it will still be at least another year or two, if ever, before we see any real liberalization of interest rates.

Related News: Chinese Banks To Rake in Record Profits For A Fifth Year, But…

Remember that the more debt there is, the harder it is to raise interest rates, and the longer we take to raise interest rates, the more debt we run up. In the end I suspect that financial repression will be eliminated not by an increase in nominal rates but rather by a decline in GDP growth (remember that the size of the financial repression tax is a function of the difference between nominal GDP growth and the nominal lending rate).

4.       Investment is being misallocated on a massive scale and this was not due to any special Chinese characteristic but was rather a fundamental requirement of the way the system operated. Although there are still some economists who disagree that investment is being massively wasted, I think this is so well understood by now that there is no need to belabor the point.  People respond to incentives, and for the last decade or longer there has been a strong incentive to keep investment levels high regardless of their returns.  It would be surprising if this did not result in a lot of wasted spending.

In the past three years this warning about rising debt has become much more widely accepted, especially since Victor Shih started counting local government debt in late 2009. There is still some disagreement on the sustainability of debt, with some analysts, like Arthur Kroebe of Dragonomics and the guys at The Economist, saying that China doesn’t have a serious debt or over-investment problem. I suspect nonetheless that in another year or two no one will doubt that the Chinese growth model tends towards unsustainable debt and that we are rapidly reaching the limit.

6.       When specific debt problems are indentified, resolute attempts by Beijing to resolve them would be warmly welcomed by analysts but wholly irrelevant – because the problem of debt was systemic, not specific. This follows from the above. The issue is not that specific borrowers may run into debt problems. It is that the run-up in debt is systemic and cannot be prevented as long as China maintains the existing growth model. If there is rapid GDP growth, say anything above 6% or 7%, debt within the system must be rising at an unsustainable pace.

7.       Privatization, a topic all but forbidden in polite company, would become a very hot topic of conversation by 2013-14. I have discussed why in several of the more recent blog entries.

8.       As some policymakers gradually became aware of the problem with the growth model and the risk of crisis, a fundamental political split would emerge between those that demanded rapid reform and those that wanted to maintain control of resources. The problem is that continuing the growth model will lead to a debt crisis, but abandoning the model will lead to much slower growth, and especially to much slower growth in the accumulation of state sector assets. This is politically very difficult for many to accept and will lead to more political conflicts over the next few years.

9.       Chinese government debt will continue to balloon through the rest of this decade. Privatization is the best way to effect the transfer of wealth from the state sector to the private sector, and would be especially efficient if privatization proceeds were used to extinguish debt, but for the reasons discussed above it will be extremely difficult to do it. This means that debt build-up and the state absorption of private sector debt will continue for many years.

10.    If the transition is not mismanaged, average Chinese GDP growth rates will drop to 3% for the 2010-20 decade. As my bet with The Economist suggests, this is one prediction that is still an outlier. The Economist(and many others) still believe that Chinese growth will make it the largest economy in the world before the end of the decade, but much slower growth is what rebalancing requires and it is hard to make the numbers work at growth levels much above 3%. By the way if I am wrong and Chinese growth this decade is materially higher than 3%, my prediction is that the “lost decade” of much lower growth stretch out over two decades.

11.    If China rebalances correctly, then much slower GDP growth rates will be accompanied by only slightly slower growth rates in household income. In that case there need be no social instability. The political risk comes from instability at the top, not at the bottom. Factional disputes, in other words, haven’t ended with the Chongqing affair.  They will persist.

12.    Non-food commodity prices are set to collapse over the next three to four years. “Collapse” is not too strong a word. China’s share of global demand for such commodities as iron, cement, copper, etc. is completely disproportionate to its size and almost wholly a function of its very high growth in investment. As investment growth drops sharply, as it must, global demand for non-food commodities will plummet.

Michael Pettis is a senior associate at the Carnegie Asia Programme and professor of finance with Peking University’s Guanghua School of Management. Pettis previously taught at Tsinghua University and Columbia University, and worked on Wall Street in trading, capital markets and corporate finance.

Revisiting predictions is republished with permission from China Financial Markets.

Related Story: How China Can Address Its Economic Challenges By 2030: Justin Yifu Lin