•
Markets
•
by
Isabel Ortiz a… 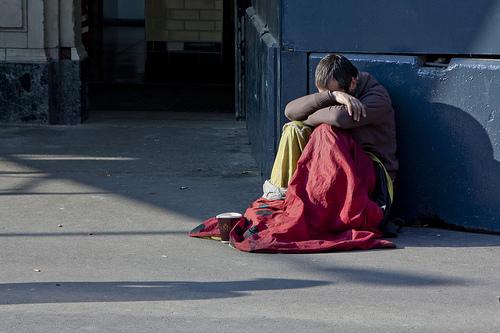 The latest international data show that unaffordable food, pervasive unemployment, and dwindling social support threaten global recovery and the world's population. Yet the world remains fixated on austerity and cost-cutting measures to boost recovery, which in turn has disproportionately affected the poor and put access to public goods and services under growing pressure.

NEW YORK – The global economic crisis is exacerbating an existing human crisis. Prior to 2008, there were widespread inequalities: lavish lifestyles for some, while half of the world’s children were living on less than $2 per day, suffering from malnutrition and limited access to health, education, drinking water, and adequate housing. As the crisis unfolded, millions confronted deteriorating living conditions.

Today, while global attention focuses on Europe’s woes, the economic crisis continues to inflict devastating social consequences worldwide. In a new book from UNICEF’s Division of Policy and Practice, A Recovery for All: Rethinking Socioeconomic Policies for Children and Poor Households, analysis of the latest international data shows that unaffordable food, pervasive unemployment, and dwindling social support threaten much of the world’s population.

For starters, after two major international food-price spikes in 2007-2008 and 2010-2011, people in nearly 60 developing countries are paying 80 percent more, on average, for local foodstuffs in 2012 than they did before the crisis. As a result, poor families’ food security is threatened, as they are forced to reduce the quality or quantity of their food.

Furthermore, labour markets around the world are providing fewer jobs and lower salaries, increasing the incidence of poverty among employed people, which has already trapped nearly one billion workers and their families. Moreover, two of every five workers worldwide are unable to find a job, while rampant youth unemployment, coupled with a quickly growing pool of young labourers – more than one billion are expected to enter the world’s workforce between 2012 and 2020 – is further complicating labour-market recovery.

Finally, access to public goods and services is under growing pressure in the global shift toward austerity. In 2012, 133 countries are expected to reduce annual spending by an average of 1.6 percent of GDP, with 30 percent of governments undergoing excessive contraction (defined as cutting expenditures to below their pre-crisis levels).

Related: Rich Nations, Poor People: The Cause For Rising Poverty In The Western World

Related: Europe’s Policy Problem: Balancing Austerity With Economic GrowthIn fact, while the world remains fixated on austerity in high-income economies, developing countries are implementing extensive austerity measures of their own. As a result, developing economies are expected to reduce expenditures by an average of 1.8 percent of GDP in 2012 – nearly twice the pace of their developed-country counterparts, which are adjusting by 1 percent of GDP. And many cost-cutting measures worldwide disproportionately affect the poor.

A review of the 158 most recent International Monetary Fund country reports reveals that governments are considering four major types of fiscal reform:

• In 73 countries, governments are considering cutting or capping wage bills, thereby reducing the salaries of public-sector workers, who provide essential services to the population.

• Governments in 73 countries are seeking to reduce or cancel subsidies, including on food and fuel, despite record-high food prices in many regions.

• Cuts in social-protection programs are under consideration in 55 countries, at a time when governments should be looking to scale up benefits.

• Many governments are pursuing other budget-slashing strategies, such as tax increases on basic goods and services that are consumed by the poor (in 71 countries), which may further contract economic activity.

These reforms could have serious and irreversible consequences, especially for infants and young children. Households worldwide are experiencing increased hunger and malnutrition, worsening health outcomes, lower school attendance, higher rates of child labor and domestic violence, and greater vulnerability to future shocks. Meanwhile, social unrest is increasing as people lose faith in governments and public institutions. Indeed, citizens in high- and low-income countries alike are the victims of a crisis that they did not create.

But the current crisis also presents an opportunity to rethink socio-economic policies. This requires abandoning the myopic focus of the past, which denied so many a decent living, and instead basing macroeconomic and fiscal policy decisions on their potential to foster human development and employment-generating growth.

Related: Should We Care About Income Inequality, Now That It Is Killing The Economy?

Contrary to claims that investments aimed at improving the lives of children and poor households are not affordable, especially during this period of global adjustment, policymakers do have options, even in the poorest countries.

Policymakers must consider the variety of financing options that are available to governments everywhere to bolster much-needed investments in labour-intensive growth, food security, social protection, health, and other necessary public services.

The simultaneous adoption of fiscal austerity in countries worldwide is driving the global economy toward recession, imposing human costs that are detrimental to high-income and developing countries alike. It is time for global leaders to turn the current blight of unemployment, food insecurity, and austerity shocks into a virtuous cycle that promotes development and prosperity for all people. An inclusive recovery is not only feasible; it is an imperative of social and economic justice.

By Isabel Ortiz and Matthew Cummins

Isabel Ortiz is Associate Director of Policy and Strategy at UNICEF. Matthew Cummins is Social and Economic Policy Specialist at UNICEF.

See also: Europe’s Man-Made Disaster – An Austerity Tragedy: Joseph StiglitzSee also: Rich Nations, Poor People: The Cause For Rising Poverty In The Western WorldSee also: Why Inequality Will Only Lead To Our Downfall: Nouriel Roubini