Why Shale Gas Will Be The Next Bubble To Burst: Interview With Arthur Berman 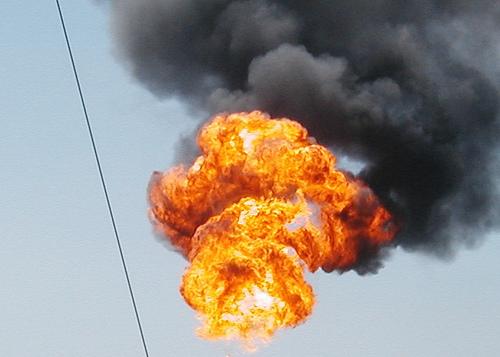 The "shale revolution" has been grabbing a great deal of headlines for some time now. A favourite topic of investors, sector commentators and analysts – many claim we are about to enter a new energy era with cheap and abundant shale gas leading the charge. But on closer examination the incredible claims and figures behind many of the plays just don't add up.

To help us to look past the hype and take a critical look at whether shale really is the golden goose many believe it to be or just another over-hyped bubble that is about to pop, we were fortunate to speak with energy expert Arthur Berman. â¨

Arthur is a geological consultant with thirty-four years of experience in petroleum exploration and production. He is currently consulting for several E&P companies and capital groups in the energy sector. He frequently gives keynote addresses for investment conferences and is interviewed about energy topics on television, radio, and national print and web publications including CNBC, CNN, Platt's Energy Week, BNN, Bloomberg, Platt's, Financial Times, and New York Times. You can find out more about Arthur by visiting his website.

In this interview, by James Stafford of OilPrice.com, Arthur talks about:

OP: How do you see the shale boom impacting U.S. foreign policy?

Arthur Berman (AB): Well, not very much is my simple answer. A lot of investors from other parts of the world, particularly the oil-rich parts have been making somewhat high-risk investments in the United States for many years and, for a long time, those investments were in real estate.

Now these people have shifted their focus and are putting cash into shale. There are two important things going on here, one is that the capital isn't going to last forever, especially since shale gas is a commercial failure. Shale gas has lost hundreds of billions of dollars and investors will not keep on pumping money into something that doesn't generate a return.

The second thing that nobody thinks very much about is the decline rates shale reservoirs experience. Well, I've looked at this. The decline rates are incredibly high. In the Eagleford shale, which is supposed to be the mother of all shale oil plays, the annual decline rate is higher than 42 percent.

They're going to have to drill hundreds, almost 1000 wells in the Eagleford shale, every year, to keep production flat. Just for one play, we're talking about $10 or $12 billion a year just to replace supply. I add all these things up and it starts to approach the amount of money needed to bail out the banking industry. Where is that money going to come from? Do you see what I'm saying?

OP: You've been noted suggesting that shale gas will be the next bubble to collapse. How do you think this will occur and what will the effects be?

AB: Well, it depends, as with all collapses, on how quickly the collapse occurs. I guess the worst-case scenario would be that several large companies find themselves in financial distress.

Chesapeake Energy recently had a very close call. They had to sell, I don't know how many, billions of dollars worth of assets just to maintain paying their obligations, and that's the kind of scenario I'm talking about. You may have a couple of big bankruptcies or takeovers and everybody pulls back, all the money evaporates, all the capital goes away. That's the worst-case scenario.

OP: Energy became a big part of the election race, but what did you make of the energy policies and promises that were being made by both candidates?

AB: Mitt Romney, particularly, talked about how the United States would be able to achieve energy independence in five years. Well, that's garbage.

Obama didn't talk so much . . . He's a hugely green agenda kind of president and I'm not opposed to that, but he's certainly not for the oil and gas business. It wasn't until he got serious about thinking about his re-election that he decided to take credit for what really happened.

Related: Is Affordable Energy a Myth? – Interview with Ed Dolan

OP: Japan recently announced that they are going to be phasing out nuclear power. What are your views on nuclear? Are we in a position to abandon this energy source?

AB: No. Japan is a special case. The disaster at Fukushima, the nuclear reactor, was right on top of a major fault. So, that was a dumb place to put it.

To wholesale abandon nuclear power because one reactor was incredibly stupidly planned, to me seems like a bit of a . . . well, I can't tell people how they should react, but if I were a Japanese citizen, and the truth was that we have no oil, we have no coal, we have no natural gas, the next question is, "Well, if we get rid of nuclear, what are we going to do?"

It's a really good question to ask. If you don't have anything of your own, how are you going to get what you need? The answer is that they have to import LNG and that's very expensive.

Right now, natural gas is selling in Japan for $17 per million BTUs. You can buy the same BTUs in Europe for $9 today, or in the US for $3.25

OP: What about Germany's decision to also phase out nuclear power?

AB: For Germany to abandon nuclear… that decision is truly delusional because they haven't had any problems over there. Nor is Germany particularly earthquake prone or tsunami prone. They have forced themselves into a love relationship with Russia.

OP: What are your views on Canada's tar sands? Are they a rich source of oil that the U.S. needs to exploit? Or do you think they're a carbon bomb, which could do irreparable damage to the climate?

AB: Well, that's a very good question. I suppose they're both, as are virtually all things that burn. Right? They're a very rich source of oil. And they're dirty. It requires a lot of natural gas heating to convert them into some usable form, a lot of processing, but here's the thing, if the United States doesn't buy that oil from Canada, do you think Canada's just going to say, "Oh. Okay. Nevermind. We'll forget about all this."

No. They're going to sell it somewhere else. They'll probably sell it to Asia. So, the issue of the carbon bomb doesn't get resolved by the United States not taking the oil.

So, to me, that's off the table. Yes. I think it's an incredibly sensible play to get your oil from a neighbour, and a neighbour who you trust, and it doesn't require overseas transport and probably getting involved in periodic revolutions and civil uprisings.

OP: Is there any technology, any development you see coming in the future that can help us get where we need to be? Is conservation really the only answer or do you have any hopes for some of the alternative energy technologies, such as solar or, even, some of these more advanced technologies such as Andrea Rossi's E-cat machine?

AB: Oh. I have all the enthusiasm for technology that you could ask for. I'm a scientist and I love technology but I heard a very good presentation several years ago on your exact question and the man who gave a talk said, "I'm going to give you a rule to live by. If it's not on the shelf today, then a solution is no sooner than ten years in the future." So, when you talk about E-cat and you talk about algae and all this kind of stuff, it's not on the shelf today. So, that means it's in some sort of pilot stage of testing.

Work harder guys. Work harder and faster because you've got a lot of work to do. So, yes, I'm enthusiastic. I think there are some great ideas out there but I don't see any of them helping us in the coming five to ten-year period.

OP: Environmentalists talk about the evil of fossil fuels, but have they really done their research to see how vital it is to pretty much everything that we base our modern lives upon?

But, in this world, and in this life, we're all connected and if you see something you don't like, there's a good possibility that whatever they're doing there has something to do with something you're using. So, this is an issue.

Shale Gas Will be the Next Bubble to Pop - An Interview with Arthur Berman is republished with permission from OilPrice.com