The Pursuit of Happiness – Will Economic Objectives Stand in the Way? : Jeffrey D. Sachs 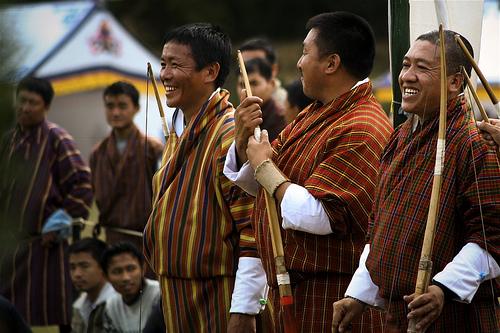 The mad pursuit of corporate profits is threatening us all. To be sure, we should support economic growth and development, but only in a broader context: one that promotes environmental sustainability and the values of compassion and honesty that are required for social trust.

NEW YORK – We live in a time of high anxiety. Despite the world’s unprecedented total wealth, there is vast insecurity, unrest, and dissatisfaction. In the United States, a large majority of Americans believe that the country is “on the wrong track.” Pessimism has soared. The same is true in many other places.

Against this backdrop, the time has come to reconsider the basic sources of happiness in our economic life. The relentless pursuit of higher income is leading to unprecedented inequality and anxiety, rather than to greater happiness and life satisfaction. Economic progress is important and can greatly improve the quality of life, but only if it is pursued in line with other goals.

In this respect, the Himalayan Kingdom of Bhutan has been leading the way. Forty years ago, Bhutan’s fourth king, young and newly installed, made a remarkable choice: Bhutan should pursue “gross national happiness” rather than gross national product. Since then, the country has been experimenting with an alternative, holistic approach to development that emphasizes not only economic growth, but also culture, mental health, compassion, and community.

Dozens of experts recently gathered in Bhutan’s capital, Thimphu, to take stock of the country’s record. I was co-host with Bhutan’s prime minister, Jigme Thinley, a leader in sustainable development and a great champion of the concept of “GNH.” We assembled in the wake of a declaration in July by the United Nations General Assembly calling on countries to examine how national policies can promote happiness in their societies.

All who gathered in Thimphu agreed on the importance of pursuing happiness rather than pursuing national income. The question we examined is how to achieve happiness in a world that is characterized by rapid urbanization, mass media, global capitalism, and environmental degradation. How can our economic life be re-ordered to recreate a sense of community, trust, and environmental sustainability?

Here are some of the initial conclusions. First, we should not denigrate the value of economic progress. When people are hungry, deprived of basic needs such as clean water, health care, and education, and without meaningful employment, they suffer. Economic development that alleviates poverty is a vital step in boosting happiness.

Second, relentless pursuit of GNP to the exclusion of other goals is also no path to happiness. In the US, GNP has risen sharply in the past 40 years, but happiness has not. Instead, single-minded pursuit of GNP has led to great inequalities of wealth and power, fueled the growth of a vast underclass, trapped millions of children in poverty, and caused serious environmental degradation.

Third, happiness is achieved through a balanced approach to life by both individuals and societies. As individuals, we are unhappy if we are denied our basic material needs, but we are also unhappy if the pursuit of higher incomes replaces our focus on family, friends, community, compassion, and maintaining internal balance. As a society, it is one thing to organize economic policies to keep living standards on the rise, but quite another to subordinate all of society’s values to the pursuit of profit.

The Mad Pursuit of Corporate Profits

Yet politics in the US has increasingly allowed corporate profits to dominate all other aspirations: fairness, justice, trust, physical and mental health, and environmental sustainability. Corporate campaign contributions increasingly undermine the democratic process, with the blessing of the US Supreme Court.

Fourth, global capitalism presents many direct threats to happiness. It is destroying the natural environment through climate change and other kinds of pollution, while a relentless stream of oil-industry propaganda keeps many people ignorant of this. It is weakening social trust and mental stability, with the prevalence of clinical depression apparently on the rise. The mass media have become outlets for corporate “messaging,” much of it overtly anti-scientific, and Americans suffer from an increasing range of consumer addictions.

Consider how the fast-food industry uses oils, fats, sugar, and other addictive ingredients to create unhealthy dependency on foods that contribute to obesity. One-third of all Americans are now obese. The rest of the world will eventually follow unless countries restrict dangerous corporate practices, including advertising unhealthy and addictive foods to young children.

The problem is not just foods. Mass advertising is contributing to many other consumer addictions that imply large public-health costs, including excessive TV watching, gambling, drug use, cigarette smoking, and alcoholism.

Fifth, to promote happiness, we must identify the many factors other than GNP that can raise or lower society’s well-being. Most countries invest to measure GNP, but spend little to identify the sources of poor health (like fast foods and excessive TV watching), declining social trust, and environmental degradation. Once we understand these factors, we can act.

Related: Anarchy in the UK: The Socio-Economic Factors Behind The London Riots

The mad pursuit of corporate profits is threatening us all. To be sure, we should support economic growth and development, but only in a broader context: one that promotes environmental sustainability and the values of compassion and honesty that are required for social trust. The search for happiness should not be confined to the beautiful mountain kingdom of Bhutan.