SOS – The Eurozone Can No Longer Save Themselves: Raghuram Rajan 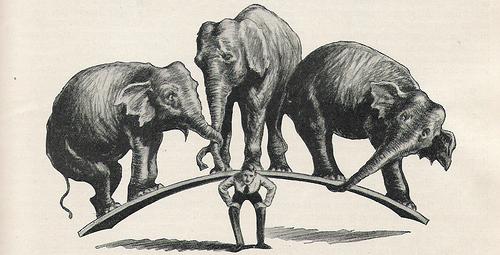 The eurozone crisis is now a global crisis. If the crisis cannot be resolved quickly, the entire world will suffer. Despite the global implications, the eurozone continues to try and rely on itself to solve its woes. This is a recipe for trouble. The eurozone should suppress any wounded pride, acknowledge that it needs help, and provide quickly what it has already promised.

CHICAGO – How will the eurozone crisis play out in the next few weeks? With luck, Italy may soon get a credible government of national unity, Spain will obtain a new government in November with a mandate for change, and Greece will do enough to avoid roiling the markets. But none of this can be relied upon.

So, what needs to be done? First, eurozone banks have to be recapitalized. Second, enough funding must be available to meet Italy’s and Spain’s needs over the next year or so if their market access dries up. And, third, Greece, now the sickest man of Europe, must be treated in a way that does not spread the infection to the other countries on the eurozone’s periphery.

All of this requires financing – bank recapitalization alone could require hundreds of billions of euros (though these needs would be mitigated somewhat if the sovereign debt of large eurozone countries looked healthier).

In the short run, it is unlikely that Germany (and Northern Europe more generally) will put up more money for the others. Germans are upset at being asked to support countries that do not seem to want to adjust – unlike Germany, which is competitive because it endured years of pain: low wage increases to absorb the former East Germany’s workers and deep labor-market and pension reforms. The unwillingness of the Greek rich to pay taxes, or of Italian parliamentarians to cut their own perks, confirms Germans’ fears. At the same time, German politicians have done a poor job explaining to their people how much they have gained from the euro.

But we are where we are. A glimmer of hope is Europe’s willingness to use the European Financial Stability Facility (EFSF) imaginatively – as equity or first-loss cover. Clearly, some of the EFSF funds will have to go to recapitalize banks that cannot raise money from the markets. As for the rest, the amounts that are not already committed to the peripheral countries could be used to support borrowing that can be lent onward to Italy and Spain.

There is, however, no consensus about how to do this. Some propose bringing in the European Central Bank to leverage the EFSF’s funds. This is a recipe for trouble. Giving the ECB a quasi-fiscal role, even if it is somewhat insulated from losses, risks undermining its credibility. And if Italy were helped, the incoming ECB President, Mario Draghi, an Italian, would be criticized, no matter how dire Italy’s need. Moreover, financing would have to be accompanied by conditionality, and these institutions have neither the requisite expertise nor the necessary distance from the countries at risk to apply and enforce appropriate conditions.

Finally, both the EFSF and the ECB ultimately rely on the same eurozone resources for their financial strength. If markets start panicking about large eurozone defaults, they could question whether even a willing Germany has the necessary capacity to support the EFSF-ECB combine. Put differently, these institutions do not offer a credible, non-inflationary, external source of strength.