Myths Debunked: Why China Will Have A Soft Landing: Stephen S. Roach 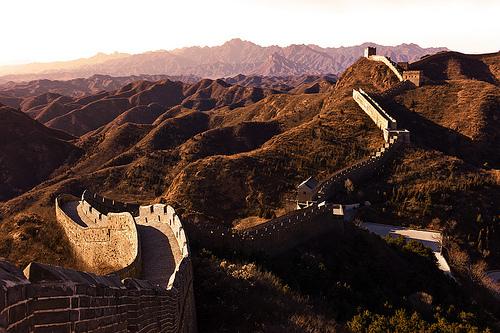 5 October 2011. Too much has been said about the state of the Chinese economy. While it has largely powered through the thick of the global financial crisis – China’s economic strength in fact buoyed much of the world’s economy during the meltdown – many doubts have also been raised about the outlook for the world’s second largest economy.

NEW HAVEN – China’s economy is slowing. This is no surprise for an export-led economy dependent on faltering global demand. But China’s looming slowdown is likely to be both manageable and welcome. Fears of a hard landing are overblown.

To be sure, the economic data have softened. Purchasing managers’ indices are now threatening the “50” threshold, which has long been associated with the break-even point between expansion and contraction. Similar downtrends are evident in a broad array of leading indicators, ranging from consumer expectations, money supply, and the stock market, to steel production, industrial product sales, and newly started construction.

But this is not 2008. Back then, global commerce was collapsing, presaging a 10.7% drop in the volume of world trade in 2009 – the sharpest annual contraction since the 1930s. In response, China’s export performance swung from 26% annual growth in July 2008 to a 27% contraction by February 2009. Sequential GDP growth slowed to a low single-digit pace – a virtual standstill by Chinese standards. And more than 20 million migrant workers reportedly lost their jobs in export-led Guangdong province. By late 2008, China was in the throes of the functional equivalent of a full-blown recession.

Thanks to a massive fiscal stimulus, China veered away from the abyss in early 2009. But it paid a price for this bank-funded investment boom. Local governments’ indebtedness soared, and fixed investment surged toward an unprecedented 50% of GDP. Fears surfaced of another banking crisis, the imminent collapse of a monstrous property bubble, and runaway inflation. Add a wrenching European crisis to the equation, and a replay of 2008 no longer seemed far-fetched.

Related: Is China heading for an economic slowdown?

While there is a kernel of truth to each of these China-specific concerns, they do not by themselves imply a hard landing. Nonperforming loans will undoubtedly increase in response to the banking sector’s exposure to some $1.7 trillion of local-government debt, much of which was incurred during the stimulus of 2008-2009. But the feared deterioration in loan quality is exaggerated.

The reason: With rural-urban migration projected to exceed 310 million people over the next 20 years, there is reason to believe that much of the apparent overhang of housing supply will be steadily absorbed. Like Shanghai Pudong in the late 1990’s, today’s Chinese “ghost cities” are likely to be teaming urban centers in the not-so-distant future. Meanwhile, deposit-rich Chinese banks have ample liquidity to absorb potential losses; the system-wide loan-to-deposit ratio is only about 65% – well below earlier pre-crisis levels that were typically closer to 120%, according to a recent analysis by the Xerion team of Perella Weinberg Partners.

Nor is the Chinese property market about to implode. Yes, a building boom and speculative excesses have occurred. But a year and a half ago, the government moved aggressively to dampen multiple property purchases – raising down payments to 50% for second homes and to 100% for third homes. While that halted much speculative activity, house prices have remained at elevated levels – underscoring lingering affordability issues for China’s emerging middle class.

Notwithstanding that problem, major imbalances in Chinese property markets should prove to be the exception over the next two decades. While there could be supply-demand mismatches in any given year, with an average of roughly 15 million citizens a year slated to move from the countryside to newly urbanized areas, demand should rise to meet supply.

Inflation is always a serious risk in China – especially with headline increases in the country’s Consumer Price Index surging through the 6% threshold this summer. The government has responded forcefully on four fronts.

First, food inflation, which accounts for about half the recent run-up in overall prices, has been addressed by administrative measures aimed at cutting fertilizer costs and removing bottlenecks to increased supplies of pork, cooking oil, and vegetables. Second, in an effort to curtail excess bank lending, reserve ratios were increased nine times in the past 11 months. Third, the rate of currency appreciation has edged up. Finally – and perhaps most importantly – the People’s Bank of China has raised its benchmark policy rate five times since October 2010. At 6.5%, the one-year lending rate is now 0.3% above August’s headline inflation rate.

If food inflation recedes further, and the headline inflation rate starts to converge on the 3% core (non-food) rate, the result will be the equivalent of "passive monetary tightening" in real (inflation-adjusted) terms – precisely what the inflation-prone Chinese economy needs.

All of this underscores a potential silver lining. An increasingly unbalanced Chinese economy cannot afford persistent 10% GDP growth. Provided that there is no recurrence of the severe external demand shock of 2008 – a likely outcome unless Europe implodes – there is good reason to hope for a soft landing to around 8% GDP growth. A downshift to this more sustainable pace would provide welcome relief for an economy long plagued by excess resource consumption, labor-market bottlenecks, excess liquidity, a large buildup of foreign-exchange reserves, and mounting inflationary pressures.

For China, there is a deeper meaning to recent global developments. A second major warning shot in three years has been fired at this export-led economy. First, the United States, and now Europe – China's two largest export markets are in serious trouble and can no longer be counted on as reliable, sustainable sources of external demand. As a result, there are now major questions about the sustenance of China's long powerful export-led growth model.

Accordingly, China has no choice but to move quickly to implement the pro-consumption initiatives of its recently enacted 12th Five-Year Plan. Strategic transition is what modern China is all about. That’s what happened 30 years ago, when economic reform began.  And it needs to happen again today. For China, a soft landing will provide a window of opportunity to press ahead with the formidable task of increasingly urgent economic rebalancing.

Related: Sino-American Power Play: Why China has to buy US debt