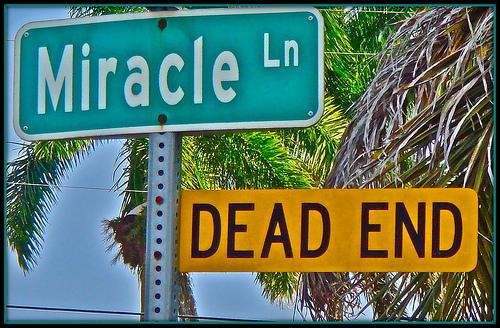 Greece may have reached a last-minute bailout deal with its debtors, but the country has been saddled with harsh austerity measures and debt conditions, which leaves serious doubt on their ability to recover and avoid default in the longer term. , In key respects, Greece is facing today what Argentina faced in August of 2001. Unless Europe reflects on Argentina's experience, the parallels with Greece may end up including financial meltdown, a deep output collapse, and social and political turmoil.

NEWPORT BEACH – Let me set the scene: an increasingly discredited economic policy approach gives rise to growing domestic social and political opposition, street protests and violence, disagreements among official creditors, and mounting concerns among private creditors about a disorderly default. In the midst of all of this, national leaders commit to more of the same harsh austerity measures that they have been unable to implement for two years. Official creditors express skepticism, in private and public, but hold their collective nose and disburse yet another tranche of money into what they fear is a bottomless pit.

Sound familiar? It should, but not just because it encapsulates Greece today. It is also what Argentina faced in 2001. Unless Europe reflects on key lessons from that experience, the parallels that extend to Greece may also end up including a financial meltdown, a deep output collapse, and social and political turmoil.

I remember 2001 well. I was serving on PIMCO’s Emerging Market desk, where we were closely following developments in Argentina. In August of that year, the country was again begging the International Monetary Fund for more money in order to avoid a default. The authorities were willing to enter into yet another set of commitments knowing that they had consistently over-promised and under-delivered, and that the country had failed to make any progress on restoring growth, halting its competitiveness decline, and containing the rise in debt.

A blame game broke out over who was responsible for “losing” Argentina. Official creditors, led by the IMF, pointed to the Argentine government’s repeated policy failures. The government countered that official creditors were nickel-and-diming the country, rather than providing the financial cushion needed to restore confidence and re-engage private capital. Neither side seemed willing to acknowledge what was obvious to many: the country’s economic and financial framework gave it little chance of addressing the dual problem of too little growth and too much debt.

Not surprisingly, Argentine citizens were becoming increasingly fed up with the whole lot, caring little about distinctions between the government and official creditors. They had lost trust in an approach that continued to sell austerity as the price of stability, even as virtually every economic and financial indicator had worsened in the meantime, with scant hope of a brighter future.

Then there were Argentina’s neighbours – particularly fellow members of Mercosur, the regional political and economic agreement – which feared a tidal wave of contagion. Having experienced technical dislocations in their financial markets, they were urging Argentina to get its act together – while also building stronger defenses in case it did not. Meanwhile, Argentina complained that other Mercosur countries’ policies were magnifying its economic challenges.

To understand much of what is happening today in Europe, one need only replace Argentina with Greece, and Mercosur with the eurozone. Of course, Greece is a more advanced economy than Argentina. It is part of a far stronger regional arrangement than Mercosur, with vastly greater financial resources and better-developed economic and institutional underpinnings. Yet the similarities are strong enough to ask whether Europe can learn from Argentina’s experience a decade ago.

After the Argentine parliament approved yet another new austerity package, the IMF agreed to release its financing tranche. But it was too late to save a discredited approach, further undermining the Fund’s standing.

Indeed, rather than engendering confidence, Argentine citizens withdrew their bank deposits over the next few months. Capital flight accelerated. The government again failed to deliver on its policy commitments. Most important of all, social and political pressures mounted, reaching a tipping point.

Argentina defaulted in December 2001, closed its banks, and experienced the mother of all “economic sudden stops.” The country was forced to dismantle its economic framework in a highly disorganized manner, staging a messy, unplanned transition to a new currency in the midst of capital controls and domestic-asset confiscation.

Greece’s future will resemble that of Argentina if its government and official creditors (namely, the European Central Bank, the European Union, and the IMF) fail to internalize some of Argentina’s lessons and do not undertake an urgent mid-course correction.

Specifically, they should take four steps. First, they should stop repeating the claim that there is no “Plan B.” Telling people that there is no alternative to a discredited policy merely pushes them either to resist an approach that does not work, or to opt for mayhem. Recent official remarks heard in Greece (“We must show that Greeks, when they are called on to choose between the bad and the worst, choose the bad to avoid the worst”) do little to engender hope.

Related: Why The IMF Must Stay Out Of Europe’s Crisis: Mario Blejer & Eduardo Levy Yeyati

Second, Greece and its foreign interlocutors must recognize that Plan B, while not easy, has become critically necessary. It entails much deeper economic and debt restructuring, as well as institutional changes so that Greece can gain greater policy flexibility, improve competitiveness, and promote investment. All of this inevitably involves short-term risks, but it also promises brighter prospects for growth, employment, and the restoration of financial soundness.

Third, Greece’s official creditors should be more attentive to the expected return on their assistance. Every euro disbursed to Greece under the current approach is diluted in many ways. Rather than a general approach implying multiple “leakages,” official creditors would do better to target the country’s key needs more directly. Moreover, given Europe’s worries about its banking system, interventions should be coupled with greater pressure on banks to raise capital and improve asset quality.

Finally, the integrity and credibility of the ECB and IMF require much greater protection. Europe’s opportunism undermines the future effectiveness of these two key institutions at a time when they will be needed not only to stabilize Greece, but also to prevent liquidity problems from turning into solvency crises in other European countries and elsewhere, as well as to limit global contagion.

Greece need not continue to follow Argentina’s miserable example of ten years ago. Yet, unless Greek and European officials reflect on that example and adapt accordingly, Greece will be driven down the same dangerous dead-end path.