The Eurozone Exposed – How Europe Can Avoid A Prolonged Depression: Stefano Micossi 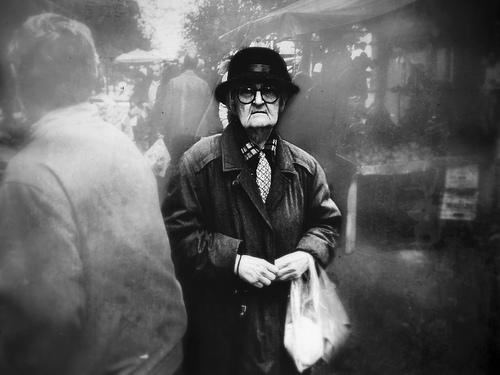 At their meeting at the end of June, European leaders acknowledged for the first time the multiple dimensions of the crisis, accepting that austerity – putting everyone’s house in order – will not suffice. What is still missing, however, is recognition of the need for greater flexibility on fiscal-consolidation efforts.

MILAN – A rapid and large increase of government debt has been a general phenomenon in the advanced countries since the 2007-09 crisis: for the first time, the average debt/GDP ratio for OECD countries has surpassed 100 percent. Fiscal consolidation will weigh on growth prospects for two generations to come, and the welfare state as we have known it in Europe since World War II will have to be transformed, especially given a rapidly aging population.

But the eurozone debt crisis has distinctive features. Most importantly, while the average debt/GDP ratio is no higher than it is in other advanced countries, and consolidation efforts started earlier, the eurozone has been mired in a severe crisis of confidence for the past two years. This points to a systemic dimension of the crisis that cannot be reduced to profligate behaviour by fiscal sinners.

Indeed, the Greek crisis exposed three main flaws in the monetary union itself. First, the system lacked effective arrangements to align fiscal and other economic policies. As long as enforcement of fiscal discipline is entrusted to an intergovernmental body, the problem is bound to reappear, limiting the credibility of common budgetary rules.

Moreover, financial markets underpriced private and sovereign credit risks, in the implicit belief that no one would fail, and that all debts would somehow be made whole, implying weak market discipline on borrowers.

Finally, once the crisis hit, leading to a re-pricing of risks in financial markets, the need to avoid an economic and financial meltdown compelled governments to support aggregate demand and make private liabilities whole. But the disconnection between centralized monetary and decentralized fiscal powers de facto impeded the full use of monetary instruments to meet monetary and financial shocks.

That left individual eurozone members exposed to brutal pressure by financial markets at a time when excessive private debt was turned into unsustainable public debt. Suddenly, the eurozone had become a straightjacket.

And so it has remained: budgets are cut, growth falters, and periphery countries must engineer substantial real exchange-rate devaluations to regain competitiveness and close their external deficits. Core countries, meanwhile, argue that they can do little to strengthen aggregate demand and relieve pressure on their partners, even as the periphery’s agony is dragging the core into recession, owing to its dependence on peripheral export markets. And, indeed, recent data point to a rapidly worsening economic environment in Germany, where the trade surplus has shrunk dramatically in recent months.

Over the past two years, fundamental changes in the eurozone’s economic governance have aimed at rectifying the monetary union’s founding flaws. And, along the way, an intergovernmental process has become communitarian. Key powers over the implementation of common policy guidelines have been entrusted to the European Commission, and the European Council has limited its own ability to reject Commission recommendations by requiring a qualified majority to change them.

Strong economic-governance rules, however, will not suffice. A fully functioning monetary union also requires a central bank that is free to act as required to confront liquidity and confidence shocks, some mutualization of government debts, and centralized control over fiscal policy. Moreover, it must have centralized banking supervisory policies, with strong powers to manage bank crises and to liquidate banks that cannot be rescued.

All of this can be achieved only gradually, as Europe moves to a fully-fledged federal union. Whether the eurozone will survive in the meantime will be determined by the European Council’s capacity to establish intermediate arrangements that can halt the crisis and restore trust among its members.

Related: The Euro’s Silver Lining – Why The Doomsayers Are Wrong: Norbert Walter

At their meeting at the end of June, European leaders acknowledged for the first time the multiple dimensions of the crisis, accepting that austerity – putting everyone’s house in order – will not suffice. Accordingly, new joint policy initiatives will address economic growth, banking union, and liquidity. Moreover, European leaders have placed these new policies within a coherent longer-term framework that may also include “the issuance of common debt.”

Likewise, the European Council has agreed on a new “Compact for growth and jobs” that identifies a specific European dimension of growth policies, mainly integration of energy, transport, communications, and services, together with higher infrastructure investment.

What is notably missing is recognition of the need for greater flexibility on fiscal-consolidation efforts. As the Commission has requested, countries with stronger fiscal positions should consider slowing their consolidation efforts in order to avoid aggravating the recession. But, in order to preserve investors’ confidence, some eurozone countries must strike a difficult balance between austerity and overkill, which would have been facilitated had the European Council issued a clear statement that letting automatic stabilizers work, while remaining on track with structural budget targets, fully complies with European Union obligations.

Moreover, a greater share of the adjustment burden must fall on Germany. Recent fairly generous wage agreements in Germany will help, but are not enough; there is also a need to boost domestic demand. More aggressive liberalization of the bloated banking system, network services (especially in energy and transport), and public procurement may contribute significantly over time to raising domestic investment and incomes. The sizeable investments required to make up for the loss of nuclear energy may contribute more immediate stimulus.

All of this should not be seen as a concession, but as part of the obligations undertaken by eurozone governments to address excessive imbalances.

Now more than ever, Germany must be persuaded that without its contribution in reviving growth and correcting external imbalances, the eurozone faces prolonged depression and certain collapse.

Stefano Micossi is Director-General of Assonime, a business association and private think tank in Rome, Chairman of the board of CIR Group, and a member of the board of the Centre for European Policy Studies in Brussels.

See also: Can Europe Learn From Their Own Past Crises?: Harold JamesSee also: Can The Eurozone Be Rescued In Time? : Mohamed El Erian