How China Can Address Its Economic Challenges By 2030: Justin Yifu Lin 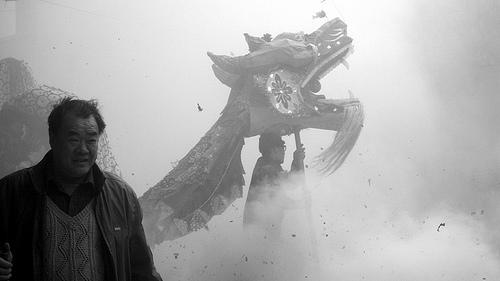 In the next 20 years, China will face serious economic challenges: Rising inequality, environmental degradation, external imbalances, as well as an aging society, all present major risks to China’s future. With the nation heading for an inevitable slowdown, can its government provide long-term solutions to its short-term problems?

BEIJING – The slowdown of China’s economy has captured the headlines in recent weeks. Whether it is a permanent or temporary adjustment, the Chinese authorities have much work to do in laying the groundwork for strong economic performance in the medium and long term.

Despite extraordinary growth since the start of its transition to a market economy in 1979, China is facing serious challenges simultaneously: rising inequality, large and growing levels of environmental degradation, stubborn external imbalances, and an aging society.

Fortunately, China’s 12th Five-Year Plan (2011-2015) recognizes the need to deepen market-oriented reform, change the country’s development model, and focus on the quality of growth, structural reforms, and social inclusion to overcome the rural-urban divide and stem the rise in income inequality. In line with this bold, long-term approach, a new report, China 2030: Building a Modern, Harmonious, and Creative High-Income Society, proposes reforms that my country needs to develop a mature, well-functioning market economy by 2030.

Related: China 5-Year Plan: All Prosperity to the People !!!

The report is the result of a longstanding China-World Bank partnership. Commemorating the 30th anniversary of China’s membership, World Bank President Robert B. Zoellick proposed to the country’s leaders a joint effort to identify and analyze China’s medium-term development challenges.

China 2030 calls for structural reforms that would redefine the role of government, overhaul state-owned enterprises and banks, develop the private sector, promote competition, and deepen liberalization of the land, labor, and financial markets.

In the enterprise sector, the focus will need to be on increasing competition in all sectors, reducing barriers to entry and exit for private companies, and strengthening state-owned enterprises’ competitiveness.

In the financial sector, the banking system must be commercialized, thereby gradually allowing interest rates to be set by market forces, while capital markets must be deepened in tandem with the development of the legal and supervisory infrastructure needed to ensure financial stability.

In the labour market, China needs to accelerate reforms of the hukou (household registration) system to ensure that, by 2030, workers can move more freely in response to market signals. Currently, anyone who moves to another part of the country without a hukou risks losing access to education, social services, and the housing market. China’s policymakers also need to introduce measures to increase labour-force participation rates, rethink wage policy, and make social-insurance programs portable nationwide.

Finally, farmers’ rights need to be protected, the efficiency of land use must be increased, and policies for acquisition of rural land for urban use should be overhauled.

China’s medium-term success will also require creating an open system in which competitive pressures encourage Chinese companies to engage in product and process innovation, not only through their own research-and-development efforts, but also through participation in global R&D networks. The priority is to increase the quality of R&D, rather than just its quantity. Policymakers will need to focus on increasing the technical and cognitive skills of university graduates, and on building a few world-class research universities with strong links to industry.

An enlightened strategy must encourage China to “grow green,” as opposed to growing rapidly now and facing massive environmental costs later. Encouraging new investments in low-pollution, energy- and resource-efficient industries would lead to greener development, spur investments in related upstream and downstream manufacturing and services, and build an international competitive advantage in a global sunrise industry.

Moreover, it is vital to strengthen China’s fiscal position by mobilizing additional revenues and ensuring that local governments have adequate financing to meet their rising expenditure responsibilities. Such reforms can help to ensure that budgetary resources are available at different levels of government (central, provincial, prefectural, county, township, and village), and are commensurate with expenditure responsibilities.

Last but not least, China should become a proactive stakeholder in the global economy. By continuing to intensify its global trade, investment, and financial links, which have served it well over the past three decades, China would benefit from further specialization, increased investment opportunities, and higher returns to capital, as well as mutually beneficial flows of ideas and knowledge.

China must remain committed to resuscitating the stalled Doha Round of multilateral trade negotiations, and support a global agreement on investment flows. Global integration of China’s financial sector will require opening the capital account, which will have to be carried out steadily and with considerable care; but it will be a key step toward internationalizing the renminbi as a global reserve currency.

The proposals contained in China 2030 could provide a framework for Chinese policymakers as they seek to achieve their goal of sustainable and harmonious growth. With the global economy entering a dangerous phase, China’s government will need to respond to new risks, shocks, and vulnerabilities as they arise. But, in doing so, it should adhere to the principle that policy responses to short-term problems must uphold, not undermine, long-term reform priorities.

Justin Yifu Lin is the Chief Economist and Senior Vice President for Development Economics at the World Bank. In 1994, Lin founded the China Center for Economic Research at Peking University, while he recently published a book called “Demystifying the Chinese Economy”.