Germany Will Make An Example Of Greece: George Friedman 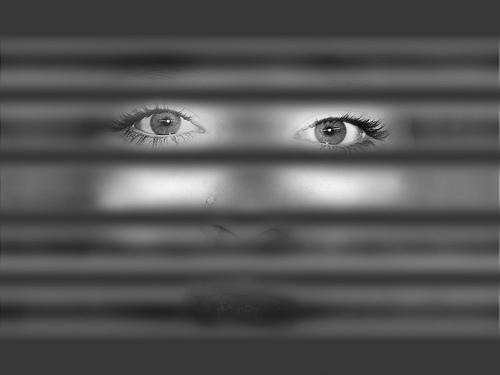 Germany is caught in a dilemma. On the one hand, while the Germans cannot afford austerity in troubled states due to the resulting decline in demand for German goods, cannot simply tolerate Greek-style indifference to fiscal prudence as well. In dealing with other countries such as Spain or Italy, Germany must now show with Greece that there are consequences to not complying with the orderly handling of debt without default.

The German government proposed last week that a European commissioner be appointed to supplant the Greek government. While phrasing the German proposal this way might seem extreme, it is not unreasonable. Under the German proposal, this commissioner would hold power over the Greek national budget and taxation. Since the European Central Bank already controls the Greek currency, the euro, this would effectively transfer control of the Greek government to the European Union, since whoever controls a country's government expenditures, tax rates and monetary policy effectively controls that country. The German proposal therefore would suspend Greek sovereignty and the democratic process as the price of financial aid to Greece.

Though the European Commission rejected the proposal, the concept is far from dead, as it flows directly from the logic of the situation. The Greeks are in the midst of a financial crisis that has made Greece unable to repay money Athens borrowed. Their options are to default on the debt or to negotiate a settlement with their creditors. The International Monetary Fund (IMF) and European Union are managing these negotiations.

Any settlement will have three parts. The first is an agreement by creditors to forego repayment on part of the debt. The second is financial help from the IMF and the European Union to help pay back the remaining debt. The third is an agreement by the Greek government to curtail government spending and increase taxes so that it can avoid future sovereign debt crises and repay at least part of the debt.

Bankruptcy and the Nation State

The Germans don't trust the Greeks to keep any bargain, which is not unreasonable given that the Greeks haven't been willing to enforce past agreements. Given this lack of trust, Germany proposed suspending Greek sovereignty by transferring it to a European receiver. This would be a fairly normal process if Greece were a corporation or an individual. In such cases, someone is appointed after bankruptcy or debt restructuring to ensure that a corporation or individual will behave prudently in the future.

A nation state is different. It rests on two assumptions. The first is that the nation represents a uniquely legitimate community whose members share a range of interests and values. The second is that the state arises in some way from the popular will and that only that popular will has the right to determine the state's actions. There is no question that for Europe, the principle of national self-determination is a fundamental moral value. There is no question that Greece is a nation and that its government, according to this principle, is representative of and responsible to the Greek people.

The Germans thus are proposing that Greece, a sovereign country, transfer its right to national self-determination to an overseer. The Germans argue that given the failure of the Greek state, and by extension the Greek public, creditors have the power and moral right to suspend the principle of national self-determination. Given that this argument is being made in Europe, this is a profoundly radical concept. It is important to understand how we got here.

Germany's Part in the Debt Crisis

There were two causes. The first was that Greek democracy, like many democracies, demands benefits for the people from the state, and politicians wishing to be elected must grant these benefits. There is accordingly an inherent pressure on the system to spend excessively. The second cause relates to Germany's status as the world's second-largest exporter. About 40 percent of German gross domestic product comes from exports, much of them to the European Union. For all their discussion of fiscal prudence and care, the Germans have an interest in facilitating consumption and demand for their exports across Europe. Without these exports, Germany would plunge into depression.

Therefore, the Germans have used the institutions and practices of the European Union to maintain demand for their products. Through the currency union, Germany has enabled other eurozone states to access credit at rates their economies didn't merit in their own right. In this sense, Germany encouraged demand for its exports by facilitating irresponsible lending practices across Europe. The degree to which German actions encouraged such imprudent practices -- since German industrial production vastly outstrips its domestic market, making sustained consumption in markets outside Germany critical to German economic prosperity -- is not fully realized.

True austerity within the European Union would have been disastrous for the German economy, since declines in consumption would have come at the expense of German exports. While demand from Greece is only a small portion of these exports, Greece is part of the larger system -- and the proper functioning of that system is very much in Germany's strategic interests. The Germans claim the Greeks deceived their creditors and the European Union. A more comprehensive explanation would include the fact that the Germans willingly turned a blind eye. Though Greece is an extreme case, Germany's overall interest has been to maintain European demand -- and thus avoid prudent austerity -- as long as possible.

Germany certainly was complicit in the lending practices that led to Greece's predicament. It is possible that the Greeks kept the whole truth about the Greek economy from their creditors, but even so, the German demand for suspension of Greek national self-determination is particularly striking.

In a sense, the German proposal merely makes very public what has always been the reality. For Greece to have its debt restructured, it must impose significant austerity measures, which Athens has agreed to. The Germans now want a commissioner appointed to ensure the Greek government fulfills its promise. In the process, the debt crisis will profoundly circumscribe Greek democracy by transferring fundamental elements of Greek sovereignty into the hands of commissioners whose primary interest is the repayment of debt, not Greek national interests.

Related: Trying To Save Eurozone, Bundesbank Falls $300 Billion In Debt