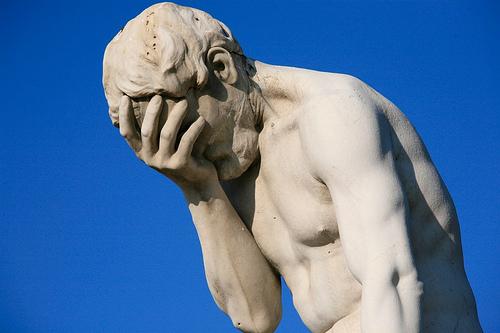 The honeymoon for the ECB's new president Mario Draghi has turned out to be brief. The trouble is that the eurozone has an austerity strategy, but no growth strategy – and, without that, all it really has is a recession strategy that makes austerity self-defeating, because, if output continues to contract, deficit and debt ratios will continue to rise to unsustainable levels.

NEW YORK – Since last November, the European Central Bank, under its new president, Mario Draghi, has reduced its policy rates and undertaken two injections of more than €1 trillion of liquidity into the eurozone banking system. This led to a temporary reduction in the financial strains confronting the debt endangered countries on the eurozone’s periphery (Greece, Spain, Portugal, Italy , and Ireland), sharply lowered the risk of a liquidity run in the eurozone banking system, and cut financing costs for Italy and Spain from their unsustainable levels of last fall.

At the same time, a technical default by Greece was avoided, and the country implemented a successful – if coercive – restructuring of its public debt. A new fiscal compact – and new governments in Greece, Italy, and Spain – spurred hope of credible commitment to austerity and structural reform. And the decision to combine the eurozone’s new bailout fund (the European Stability Mechanism) with the old one (the European Financial Stability Facility) significantly increased the size of the eurozone’s firewall.

But the ensuing honeymoon with the markets turned out to be brief. Interest-rate spreads for Italy and Spain are widening again, while borrowing costs for Portugal and Greece remained high all along. And, inevitably, the recession on the eurozone’s periphery is deepening and moving to the core, namely France and Germany. Indeed, the recession will worsen throughout this year, for many reasons.

First, front-loaded fiscal austerity – however necessary – is accelerating the contraction, as higher taxes and lower government spending and transfer payments reduce disposable income and aggregate demand. Moreover, as the recession deepens, resulting in even wider fiscal deficits, another round of austerity will be needed. And now, thanks to the fiscal compact, even the eurozone’s core will be forced into front-loaded recessionary austerity.

Moreover, while über-competitive Germany can withstand a euro at – or even stronger than – $1.30, for the eurozone’s periphery, where unit labour costs rose 30-40 percent during the last decade, the value of the exchange rate would have to fall to parity with the US dollar to restore competitiveness and external balance. After all, with painful deleveraging – spending less and saving more to reduce debts – depressing domestic private and public demand, the only hope of restoring growth is an improvement in the trade balance, which requires a much weaker euro.

Meanwhile, the credit crunch in the eurozone periphery is intensifying: thanks to the ECB long-term cheap loans, banks there don’t have a liquidity problem now, but they do have a massive capital shortage. Faced with the difficulty of meeting their 9 percent capital-ratio requirement, they will achieve the target by selling assets and contracting credit – not exactly an ideal scenario for economic recovery.

To make matters worse, the eurozone depends on oil imports even more than the United States does, and oil prices are rising, even as the political and policy environment is deteriorating. France may elect a president who opposes the fiscal compact and whose policies may scare the bond markets. Elections in Greece – where the recession is turning into a depression – may give 40-50 percent of the popular vote to parties that favour immediate default and exit from the eurozone. Irish voters may reject the fiscal compact in a referendum. And there are signs of austerity and reform fatigue both in Spain and Italy, where demonstrations, strikes, and popular resentment against painful austerity are mounting.

Even structural reforms that will eventually increase productivity growth can be recessionary in the short run. Increasing labour-market flexibility by reducing the costs of shedding workers will lead – in the short run – to more layoffs in the public and private sector, exacerbating the fall in incomes and demand.

Finally, after a good start, the ECB has now placed on hold the additional monetary stimulus that the eurozone needs. Indeed, ECB officials are starting to worry aloud about the rise in inflation due to the oil shock.

The trouble is that the eurozone has an austerity strategy but no growth strategy. And, without that, all it has is a recession strategy that makes austerity and reform self-defeating, because, if output continues to contract, deficit and debt ratios will continue to rise to unsustainable levels. Moreover, the social and political backlash eventually will become overwhelming.

That is why interest-rate spreads in the eurozone periphery are widening again now. The peripheral countries suffer from severe stock and flow imbalances. The stock imbalances include large and rising public and private debt as a share of GDP. The flow imbalances include a deepening recession, massive loss of external competitiveness, and the large external deficits that markets are now unwilling to finance.

Without a much easier monetary policy and a less front-loaded mode of fiscal austerity, the euro will not weaken, external competitiveness will not be restored, and the recession will deepen. And, without resumption of growth – not years down the line, but in 2012 – the stock and flow imbalances will become even more unsustainable. More eurozone countries will be forced to restructure their debts, and eventually some will decide to exit the monetary union.