Comparing India to The World 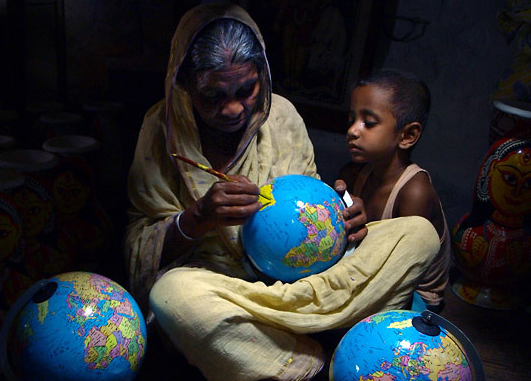 One out of 6 people in the world live in India. But just how big is India? And how can we think about the country and its economy when its population and GDP varies so vastly from state to state? One way would be to look at the size of each state, in relation to its GDP and population. But what would the numbers really mean? Another way would be to compare each state to a country (with one third's of the world's population, each state really is that significant!). 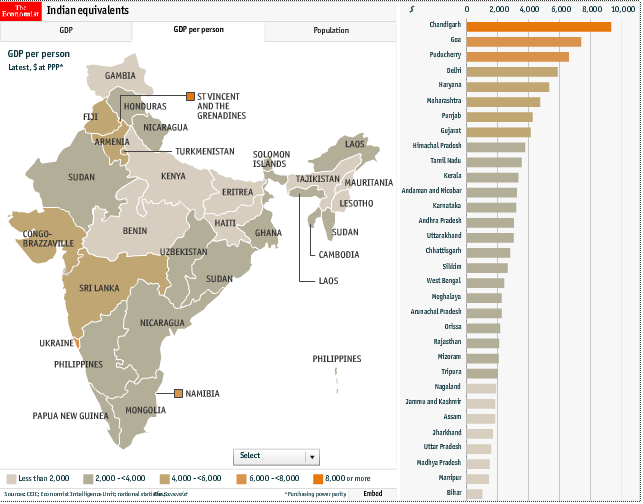 Not only is wealth unevenly distributed geographically, so are scarce resources. Combine that with high population growth and you get serious social issues. One of them is unemployment and the lack of employment opportunities. While India has experienced massive industrial growth, there has been virtually no increase in the demand for labor with increased machinery in the agricultural sectors. For most of the population, this signals a shrinking job market.

India’s other concern when it comes to its rapidly growing population is that its population growth might outstrip increases in food output. For many Indians, life is a big enough struggle just to put together the bare essentials for survival, but shortages of resources makes things even worse, especially for the poor and underprivileged.

While India's economy as a whole was resilient throughout the global financial crisis, the total figures simply don't paint the real story. Poverty, famine and unemployment remain massive social and economic issues for the emerging economy. People are starting to wonder; will these problems derail India's economic growth story?

Some states with the lowest GDP per capita have decent GDP comparisons, with richer countries starting to show up on the map. Countries like Singapore, Qatar and Angola. Due to India's large population, there's more hands to distribute wealth to - but is wealth in India evenly distributed? 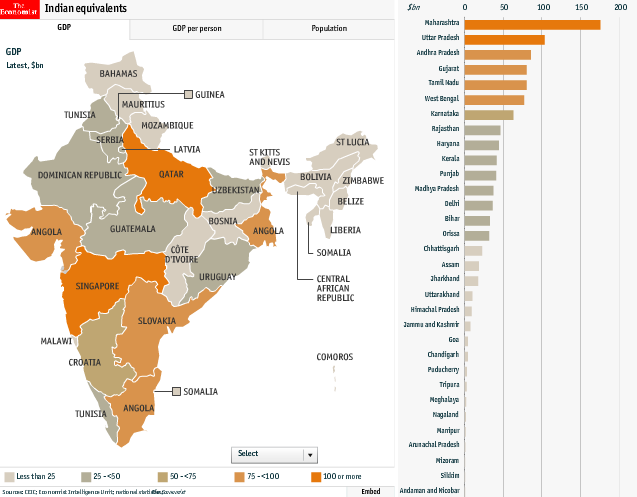 India is also among the most corrupt countries in the world according to our Corruption Perceptions Index with a score of 3.3 (out of 10). Struggling and exploding rural populations with little way of means of making a living are believed to be the biggest problem when it comes to low level corruption in India. As the country's global economic potential continues to boom, will its exploding population hinder its success and create a larger wealth divide?

Some suggested a one-child policy in India to control the population.

The BJP-led NDA government had presented a new population policy years ago. The essence of the population policy was that by taking away the electoral rights of states whose population is growing too fast (i.e. the states in the Hindi belt), somehow the population of these states will come under control. Not only was this an unrealistic assumption, it was also discriminatory and unethical under India’s constitution. Although claiming to incorporate new and more effective incentives for population stabilization, a close examination of the policy revealed that it was lacking in concrete measures.

Comparing India's population to other countries reveals the most populous nations in the world. While in China, the country might get old before it gets rich, will India get too big to be rich? 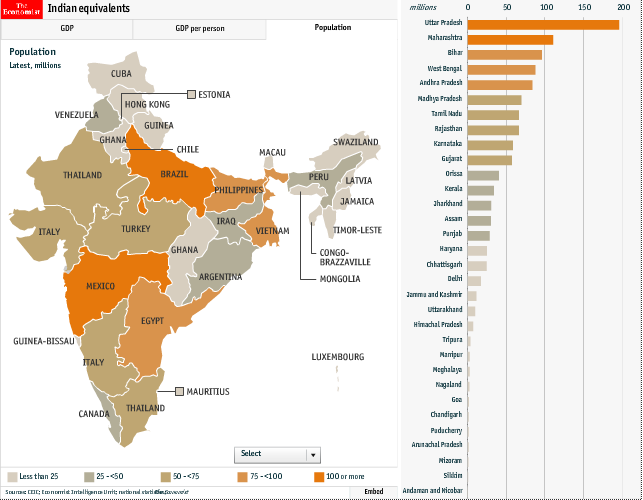 Images from The Economist