China’s 2012 Outlook: The Bad News about the Reserve Cut 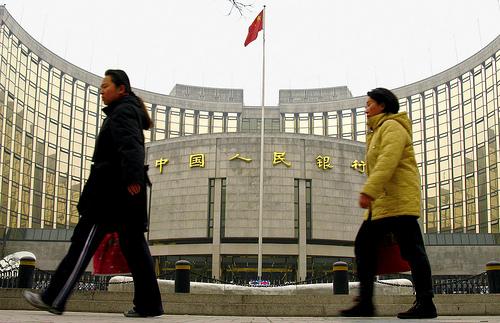 We’ve heard both sides of the debate of how China’s economy will land. Some have predicted a soft landing, others the contrary. At the same time, many others have said 2012 will be the year of the Europocalypse and the final mile for China’s economic boom. But what does the Chinese Central Bank feel about 2012, and what can we infer from the Bank’s recent reserve cut?

On Wednesday November 30, China’s central bank, the People’s Bank of China (PBC) reversed a June 19 decision to raise the amount of reserve capital it requires Chinese banks to hold. The action represents a major shift from the fiscal tightening China had been deploying to combat rising inflation, and signals a move to monetary easing – a clear sign that China is worried that an economic slowdown is starting to get a grip on the country’s economy.

The action also coincided with a move by six major central banks, namely the US Federal Reserve, the European Central Bank and the Canadian, British, Japanese and Swiss central banks to cut the costs of existing dollar swap lines to just 50 basis points above LIBOR, thus helping to ease what was fast becoming a chronic shortage of dollars in the interbank lending market. The cut will hold till February 2013 and should help ease a developing liquidity crunch in the interbank markets.

The move is said to have been prompted by the Governor of the Bank of England, Sir Mervyn King who made a series of telephone calls to his counterparts. News of the Chinese and the six central bank actions prompted a large bounce in global stock markets, which had been trending rapidly downwards over the last few weeks. China’s rate cut takes effect on 5 December and is expected to free up more than US$60 billion from Chinese bank reserves, which will now be available for lending to Chinese enterprises.

One of the worries for China, however, is that it has been battling a menacing asset bubble in its real estate market, which developed after the government’s massive economic stimulus package in 2008. There has to be concerns that some, at least, of this new lending will find its way into an already overheated property market instead of into industrial projects that could help to drive the Chinese economy forward.

Another worry for China is that not only is the European sovereign debt crisis causing a pull back in Europe’s imports from China, it is also damaging global trade credit, which has huge implications for Asian trade. European high yield fund managers point out that beleaguered European banks, faced with tougher capital reserve requirements under Basel III are reacting by cutting off many of their lending lines, with trade credit being one of the most affected areas.

Banks have two choices, the fund managers point out. They can raise more capital through equity issuance, but in the current markets this would have to be at a steep discount and would be very diluting for existing shareholders. Or they can cut lending, which reduces the amount of capital they have to hold.

Moreover, European banks have a very easy trade available to them that is far more attractive at present than normal commercial lending, with its steep demands on capital reserve requirements. An Italian bank can borrow money from the ECB at 1.5% which it can then use to buy Italian government bonds, which have virtually zero risk capital weighting, and which generate a return for the bank of say 6.6% or higher. With returns of five percent available for no effort, why lend?

This is fuelling a growing liquidity crunch across Europe and with Europe providing some 40% of global trade finance, the cut back in European bank appetite for funding trade finance is starting to hammer global trade. Chinese banks and US banks are going to have to take up the slack, but that is going to take time and in the meantime, the absence of readily available trade finance is adding to China’s slowdown.

Related Story: Is China Heading For An Economic Slowdown?

See also: Myths debunked: Why China will have a soft landing: Stephen S. RoachSee also: Is China Heading For An Economic Slowdown?