Can The Eurozone Be Saved Or Is It Too Big To Bail?: Yannos Papantoniou 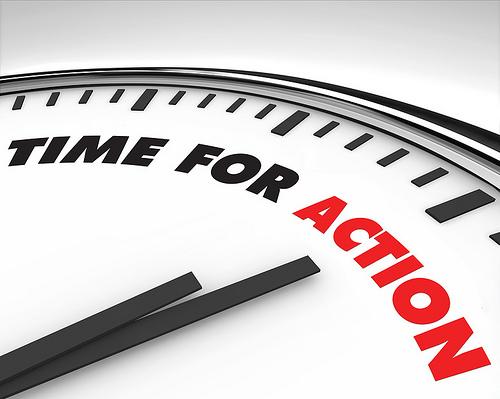 The massive contagion spreading across euro zone countries have morphed into an urgent problem for policy makers. Some claim the euro is too big to fail, others assert that it is too big to bail. The pros and cons of proposed solutions have been debated endlessly without gaining much headway. But one thing is clear: Something must be done to help the stricken economies.

ATHENS – Germany’s arguments against introducing Eurobonds, expanding the eurozone’s bailout fund, and instituting a comprehensive system of economic governance are transparent and easy to understand. But are they right?

The Germans fear that such innovations would lead to a rise in domestic borrowing costs, and to direct and indirect fiscal transfers to poorer countries. Moreover, they warn of the moral hazard generated by relieving over-indebted countries from the pressure to put their public finances in order. Third, they cite treaty-related and constitutional difficulties in establishing rules and procedures that would simulate a “fiscal union.” Finally, the need to move ahead with European unification in order to legitimize the inevitable infringement of over-indebted countries’ sovereignty might eventually infringe upon German sovereignty as well.

On the other hand, refusing to accept the growing consensus that fiscal union is the key to resolving the debt crisis exposes the eurozone, and Germany, to serious risks. Sticking to half-measures exacerbates markets’ impatience and provokes increasingly determined speculative attacks, not only on the weaker peripheral countries, but also on core AAA-rated countries – like France and, eventually, Germany itself – whose banking sectors hold large volumes of peripheral countries’ debt.

Indeed, weakening banking conditions are emerging as a major threat to the eurozone’s recovery and stability. In the event of sovereign defaults, moreover, the cost of bailing out the banks may far exceed the cost of issuing Eurobonds or instituting a reasonable transfer regime. Investors need to be reassured that debt-service costs are under control, and that debt volumes and deficit limits are firmly monitored in order to minimize default risks and strengthen banks’ ability to lay the groundwork for sustainable growth.

In fact, the emerging systemic risk concerning the sustainability of the eurozone produces a vicious circle. Systemic risk raises doubts about the solvency of over-indebted countries, which means that these countries’ efforts to consolidate their fiscal position and promote reform do not lead to improvement in financial conditions, which is essential for overcoming the crisis and promoting recovery. As a result, fiscal consolidation becomes increasingly difficult to achieve, inviting renewed speculative attacks.

Moreover, viewed from a wider perspective, economic and social turbulence on Europe’s southern periphery will constitute a geopolitical risk. That risk would be exacerbated by the eruption of a major default-related crisis within the eurozone, which might not be contained and, through a Lehman-like domino sequence, could jeopardize the entire edifice.

The eurozone’s dilemmas, and the pros and cons of proposed solutions, can be debated endlessly. It could be argued, for example, that Eurobonds would allow eurozone members to pool their financial strength and, by enhancing the attractiveness of the euro as a reserve currency, hold down borrowing costs to such an extent that AAA-rated countries are not overburdened. Legal problems could also be overcome in the short term by designing Eurobonds to include credit guarantees, repayment priorities, and the use of specific tax streams as collateral.

Proposals to limit moral hazard, meanwhile, would do so by limiting Eurobonds to 60% of GDP – the eurozone’s current ceiling for member states’ public debt. A more substantial constraint would be to establish a tougher disciplinary regime on fiscally profligate countries as part of a reinforced institutional framework.

Political problems, however they are addressed, should be weighed against the vulnerability of European banks. Germany’s banks today are the most highly leveraged of any of the major advanced economies, while at the start of the crisis they held close to one-third of all loans made to the public and private sectors of Greece, Portugal, Ireland, Spain, and Italy. So long as the eurozone’s systemic risk is not addressed, sovereign defaults are not unlikely, leading to extended bank bailouts that could carry unacceptable costs. In that case, a full-blown banking crisis could bring about a depression in the eurozone and, perhaps, globally.

Europe-wide bank recapitalization is essential in the short term to contain the cost arising from possible sovereign defaults. However, addressing the eurozone’s deeper defects cannot be postponed endlessly. Of course, in the midst of so much uncertainty, it is remarkable that the over-indebted countries’ consolidation efforts remain broadly on track; but the European Central Bank’s continued bond-buying and liquidity support is only a temporary palliative.

An impasse is inevitable, so playing for time is not a solution. By contrast, a combination of Eurobonds, a fully-fledged debt facility, enhanced powers for the ECB so that it can act as a lender of last resort, and solid economic governance would work. In the longer term, radical reforms in capital, product, and labor markets will also be needed, complemented by a stronger and more cohesive investment strategy at the European level, aimed at boosting competitiveness and restoring growth prospects.

European competitiveness does not have only a global dimension. Large discrepancies exist within the eurozone, reflected in structural trade imbalances between the core and the periphery that lie at the heart of the debt crisis. The eurozone’s cohesion and future growth depend critically on creating a framework – through grants and loans – for investment capital to flow to the poorer countries in order to close the competitiveness gap.

To borrow a phrase from the financial world, the euro is too big to fail. Decisions should be taken sooner rather than later, so that the eurozone itself shapes events, rather than being commanded by them.

Related: Remedies For An Ailing Economy - How To Avert A Crisis: Nouriel Roubini

Yannos Papantoniou was Economy and Finance Minister of Greece from 1994 to 2001 and is currently President of the Center for Progressive Policy Research, an independent think tank. Papantoniou was the key architect for Greece’s entry into the euro, and a leading author on economic and political development in Greece and Europe.