Can The Eurozone Be Rescued In Time? : Mohamed El Erian

•
Europe/Middle East
•
by
Mohamed A. El-Erian 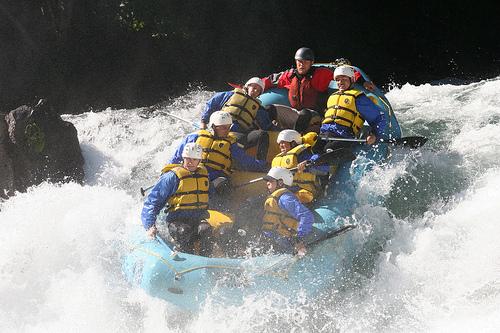 The eurozone crisis might break European leaders’ inherent resistance to compromise, collaboration, and common action. But the longer they bicker and dither, the greater the risk that what they gain in willingness will be lost to incapacity.

NEWPORT BEACH – When it comes to describing Europe’s ever-worsening crisis, metaphors abound. For some, it is five minutes to midnight; for others, Europe is a car accelerating towards the edge of a cliff. For all, a perilous existential moment is increasingly close at hand.

Optimists – fortunately, there remain a few, especially in Europe itself – believe that when the situation becomes really critical, political leaders will turn things around and put Europe back on the path of economic growth, job creation, and financial stability. But pessimists have been growing in number and influence. They see political dysfunction adding to financial turmoil, thereby amplifying the eurozone’s initial design flaws.

Of course, who is ultimately proven correct is a function of eurozone governments’ willingness to make the difficult decisions that are required, and in a coordinated and timely fashion. But that is not the only determinant: governments must also be able to turn things around once the willingness to do so materializes. And here, the endless delays are making the challenges more daunting and the outcome more uncertain.

Experienced observers remind us that crises, rather than vision, have tended to drive progress at critical stages of Europe’s historic integration – a multi-decade journey driven by the desire to ensure long-term peace and prosperity in what previously had been one of the world’s most violent regions and the site of appalling human suffering. After all, the European Union (including the eurozone’s 17 members) remains a collective of nation-states with notable divergences in economic, financial, and social conditions. Cultural differences persist. Political cycles are far from synchronized. And too many regional governance mechanisms, with the important exception of the European Central Bank, lack sufficient influence, credibility, and, therefore, effectiveness.

Left to its own devices, such a grouping is vulnerable to recurrent bickering, disruptive posturing, and disagreement over visions of the future. As a result, progress towards meaningful economic and political integration can be painfully slow during the good times. But all of this can change rapidly when a crisis looms, especially if it threatens the integrity of the European project.

That is where the eurozone is today. A debt crisis that erupted in Greece, the eurozone’s outer periphery, has migrated with a vengeance towards the core, so much so that the survival of the eurozone itself is at stake.

The more the policy response has lagged, the broader the set of questions about Europe’s future has become. Maintaining a 17-member monetary union is no longer a given. Talk of countries exiting, starting with Greece (the “Grexit”), is now rampant. And only hard-core idealists dismiss altogether the mounting risk of the eurozone’s total disintegration.

Nonetheless, many veterans of the European integration project see a silver lining in the dark clouds massing over their creation. For them, only a crisis can stop politicians from just kicking various cans farther down the road and, instead, catalyze the policy initiatives – greater fiscal, banking, and political union – that, together with monetary union, would ensure that the eurozone rests on a stable and sustainable four-legged platform.

But this view is not without its own risks. It assumes that, when push comes to shove, political leaders will indeed do what is necessary – the willingness question. It also presumes that they will have the capacity to do so – the ability question. And, over time, uncertainty concerning the latter question has risen to an uncomfortable level.

Today’s eurozone is beset by an unprecedented degree of rejection – on economic, financial, political, and social grounds – by citizens in a growing number of countries. The longer this persists, the harder it will be for politicians to maintain control of their countries’ destinies and that of Europe’s collective enterprise.

Private-sector activity is slowing, and it is nearing a standstill in the eurozone’s most vulnerable economy (Greece), where a bank run is in full swing. Elsewhere, too, depositors are beginning to transfer their savings to the strongest economy (Germany) and to safe havens beyond (Switzerland and the United States). Weaker companies are shedding labour, while stronger firms are delaying investments in plant and equipment. And global investors continue to exit the eurozone in droves, shifting countries’ liabilities to taxpayers and the ECB’s balance sheet.

No wonder that social unrest is evident in a growing number of countries. No wonder that fringe political movements are gaining traction throughout the eurozone. And no wonder that voters in almost two-thirds of eurozone countries have turned out the incumbents in their most recent elections.

All of this serves to undermine the effectiveness of government policies – by reducing their credibility, clogging their channels of transmission to the economy, and making it difficult to offset the withdrawal of private-sector capital and spending. As a result, the market-based economic and financial systems that prevail in Europe, and that, not so long ago, were a source of significant strength, are losing their vibrancy.

I, too, am fond of metaphors. During a trip to the continent last week, I heard one that captures very well the key dynamic in Europe today.

The eurozone’s leaders are on a raft heading towards a life-threatening waterfall. The longer they wait, the more the raft gains speed. So the outcome no longer depends only on their willingness to cooperate in order to navigate the raft to safety. It also hinges on their ability to do so in the midst of natural forces that are increasingly difficult to control and overcome.

The message is clear. The current crisis might indeed eventually break eurozone leaders’ inherent resistance to compromise, collaboration, and common action. But the longer they bicker and dither, the greater the risk that what they gain in willingness will be lost to incapacity.

See also: World In Denial – Why The Eurozone’s Woes Are Worse Than We ThinkSee also: Europe’s Economic Honeymoon Is Over: Nouriel Roubini