Can Europe Learn From Their Own Past Crises?: Harold James 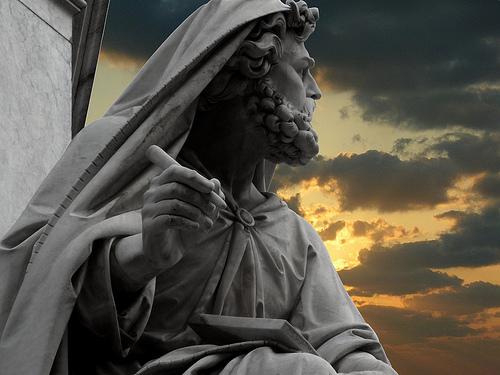 Summer crises are a familiar feature of European history – and of financial history. Often, addressing some technical issue was not enough to resolve a major political problem, which is true today as well, with Europe’s current crisis reflecting exactly the same mixture of elements, each requiring a very different type of solution.

PRINCETON – Europe’s crisis is now poised at the moment that divides recovery and renewal from decline and death. Whereas a few weeks ago, commentators and financial analysts argued that only a few months remained to rescue Europe, leading politicians, lurching from summit to summit, have recently talked in terms of days.

Summer crises are a familiar feature of European history – and of financial history. Indeed, the twentieth century was shaped by three summer crises, whose seriousness was heightened in each case by the absence of major policymakers, who were on vacation.

In two years, Europeans will commemorate the centennial of the assassination of Archduke Franz Ferdinand on June 28, 1914, and the subsequent “July crisis” that triggered World War I that August. On July 13, 1931, the German banking system collapsed, ensuring that what was previously an American economic downturn became the worldwide Great Depression. On August 15, 1971, President Richard M. Nixon ended the United States’ commitment to a fixed gold price, leading to a decade of global currency instability.

Each of these crises involved a highly technical issue, but also a much broader set of political problems. And, in each case, the intertwining of the technical and the political produced disaster.

In July 1914, diplomats were trying to devise a solution that would permit the Habsburg Empire to deal with the cross-border police investigation that was inevitable after a terrorist attack. Political leaders were thinking about national revival and assertion.

In 1931, the experts were preoccupied with the complexities posed by the combination of reparations and war debts arising out of World War I with large private-sector indebtedness. Populist political movements in many countries were still thinking about national revival and assertion.

In 1971, the technical issue concerned the role of the dollar in the international monetary system. But politicians in other countries also felt uncomfortable about the continuing centrality of the US in the post-war order.

In each of these summer crises, addressing the technical issue was not enough to solve the problem. That is true today as well.

Indeed, Europe’s current crisis reflects exactly the same mixture of elements, each requiring a different type of solution. On the one hand, a complex set of national fiscal crises and Europe-wide banking problems calls for a comprehensive and detailed rescue operation. On the other hand, an underlying European governance problem – at both the national level and that of supranational European Union institutions – has been intensifying since the early 1990’s.

What is now required to resolve the technical issue is some mechanism for assuming existing debt and preventing excessive borrowing in the future. In the US, Alexander Hamilton famously negotiated the federal assumption of states’ debt in 1790, but many states behaved badly in the early nineteenth century, with multiple bankruptcies, until they adopted laws or amendments to their constitutions requiring balanced budgets.

The EU needs some fiscal authority of its own if it is to make Europe’s economic and monetary union work. It is already a profound peculiarity that customs duties in a customs union are still administered nationally.

Hamilton made federal customs houses the key element of his proposal. A Europeanization of some part of value-added tax would be a tremendous advance in combating the massive fraud that the existing system nurtures. Labour mobility is also incomplete without a common pensions and benefits system: under current arrangements, a worker who spends five years in France, five years in Greece, and five years in Germany is left with a fragmented collection of small entitlements. The crisis has already increased the extent of such migration within Europe.

But any solution will be unacceptable unless it finds broad acceptance across Europe, in debtor and creditor countries alike. There is no reason why a constitutional solution that involves debt limitation should not command a large measure of public acceptance, especially in debtor countries, which have experienced the political and economic damage caused by previous profligate governments.

What has produced the populist backlash is the spectacle of political authorities devising technically complicated solutions that lack credibility. Simply put, the experts need to stop treating Europe’s citizens as if they were stupid.

That is why Europe needs a longer-term constitutional renewal, through new treaties, as much as it desperately needs a short-term fix. Working around existing treaties just looks like more of the same old recipe – a denial of a massive problem that everyone sees. The public can be forgiven for choking on this kind of stuff.

In the past, it was war, immense dislocation, and suffering that could weld nations. Is Europe’s current crisis severe and dislocating enough to generate an analogous effect? The more Europe suffers, the more its people will correctly perceive an incrementalist agenda for reform as nothing more than an exercise in futility.

See also: Europe’s Flawed Economics – Why The Euro’s Survival Remains In Doubt: Joseph StiglitzSee also: World In Denial – Why The Eurozone’s Woes Are Worse Than We Think