Myanmar does not enjoy good trade relations, especially with the western countries. The US does not import anything from Myanmar. Australia and the European Union have also imposed sanctions on the country, restricting the import of certain products. Myanmar’s exports fell drastically during the global economic crisis of 2008-09. However, Myanmar is a member of the WTO, ASEAN and BIMSTEC. It shares healthy trade relations with its neighboring countries, including India, Thailand and China.

The country’s poor infrastructure is one of the main hindrances to international trade. The primary route of trade is across the Thai border, which is also used to export many illegal drugs through the Ayeyarwady River. Burma has a wealth of precious stones and gems. However, due to the infamous working conditions in the mines, international companies refuse to import these stones.

The major commodities imported by Myanmar are as follows:

The share of Myanmar’s major import partners (as of 2008) is depicted in the following graph: 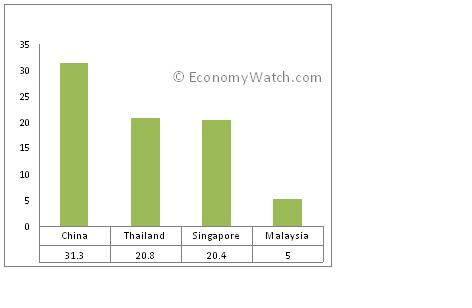 The major commodities exported by Myanmar are as follows:

The share of Myanmar’s major export partners (as of 2008) is depicted in the following graph: 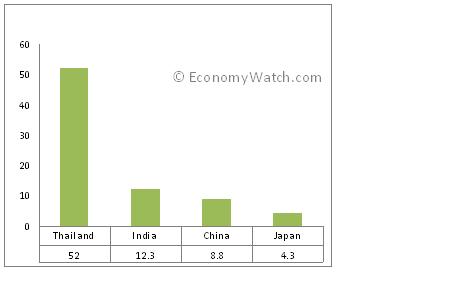