Fasting, Not Fighting, For Change: The Case of Anna Hazare 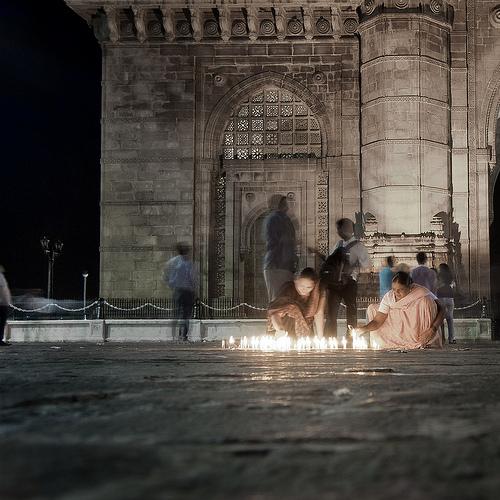 Late last year, a little known man from Sidi Bouzid in Tunisia set himself on fire in protest of the mistreatment he suffered from municipal government officials. The death of 26 year-old Mohamed Bouazizi sparked off a huge public outcry and violence in Tunisia, and several other Arab countries, including a similarly successful mass revolution in Egypt where then-President Hosni Mubarak was removed from office after 29 years in power.

Evidently, the medium is the message. The act of self-immolation by Bouazizi was the catalyst that brought about what is today known and referred to as the “Arab Spring”. Despots and autocratic rulers who had held on to power for decades were unceremoniously ousted after unprecedented and unforeseen mass demonstrations and protests against years of suppression, poverty and inequality. Many Arab commentators have called on Bouazizi as a heroic martyr of a new Middle Eastern revolution.

Over in South Asia, a vaguely similar story unfolds, albeit without the horrific violence witnessed as the world stood by the Arab nations as they struggled for emancipation.

In India, a relatively little known man Kisan Baburao Hazare, from a small village Hingangaon near the city of Bhingar, is the face behind a widespread populist movement across India. Better known as Anna Haraze, the 74 year-old man is a former soldier and grassroots leader turned social activist.

Anna Hazare has been making headlines in India and in international news for his fight against corruption. Effectively the front man for the latest anti-corruption campaign in India, Hazare gained fame for his method of protest: Hunger striking.

On the 5th of April this year, Haraze embarked on a hunger strike to exert pressure on the Indian government to enact a strict anti-corruption law as envisaged in the Jan Lokpal Bill, or anti-corruption bill. Ideally, an independent ombudsman would be created and vested with the power to deal with corruption in public offices.

What started off as a personal conviction quickly snowballed to become a highly politicized event in India. Hazare’s fast has led to nationwide protests, in strong support of Hazare.

However, Hazare is not without detractors. Many have accused his methods as being unconstitutional and interfering with the lawmaking process in India, with his allies (dubbed Team Anna) effectively holding a democratically elected government hostage in a bid to influence their agenda on the Jan Lokpal bill.

A Call To Action

The case of Anna Hazare is a miniscule illustration of the overwhelming desire that Indians have for change. For a man of simple origins, Anna Hazare has become the public face for what many see as a modern day struggle between the average Indian and the ruling elite class. Hazare, or the idea of what he stands for, has managed to galvanize a large and unexpected middle class that is largely alienated from politics.

And they are not satisfied with the status quo.

Across India, welfare groups and non-governmental organizations have been working to improve inequality. Furthermore, in a country where industry contributes largely to GDP, it is perhaps not surprising that companies are also joining in this push.

Anand Mahindra, vice-chairman and managing director of multinational conglomerate Mahindra & Mahindra, is one man trying to inspire Indians to step up and shape their future.

Mahindra’s “Spark the Rise” initiative is a unique kind of social platform for ideas that can drive positive change at a grassroots level. Through engagement with individuals, communities, NGOs and social enterprises, innovative and sustainable ideas will be provided with a financial grant of Rs 4 lakh (US$8724) from Mahindra & Mahindra. In the first week of its launch, Spark the Rise had already received 1,960 project proposals ranging from agricultural tourism to entrepreneurship.

“Rise is a simple call to action,” Mahindra said. “We want to encourage people to be part of this movement and to engage with the idea of Rise - to think outside the box, to be inspired and ultimately to take action. A big idea often begins with a tiny spark of inspiration – a spark that can sometimes even ignite a revolution. Through Spark the Rise we seek to not only create a platform for ‘Sparks’ across the country to connect, collaborate and drive positive change but also lend financial support to the best ideas.”

Addressing the need for corporate accountability, Ratan Tata, Chairman of Tata Sons, recently acknowledged that corruption is a key challenge for businesses and those who do not participate in it lose out in a non-level playing field business environment.

“It has only become worse and more difficult. If you choose not to participate in this, then you leave behind a fair amount of business because unlike in 1991, it is not only in license approvals. It is now in awarding contracts, in change in the terms of contractual obligation,” said Tata at the function in Mumbai. To young employees who would rather that Tata be part of this, he would reply, “I would rather like to hold my head high.”

Hunger for change need not be carried out only under politicized conditions and social climates. As India’s political and spiritual leader, Mahatma Gandhi, aptly said, “Be the change you want to see in the world.”

It’s Not An Arab Spring – Not In India

Consequently, some have attempted to liken the Anna Hazare protests to the revolts that swept across the Middle East. Like the Arab spring protests that crushed dictatorships in Tunisia and Egypt and sparked continuing protests in Syria, Bahrain, Yemen and Libya, the anti-graft movement – centered chiefly in Delhi – is spontaneous, urban, organized through social digital media networks, and has garnered the support of tens of thousands of mostly young middle-class workers throughout key Indian cities.

Yet, that is as much common ground as there is. Further attempts to draw parallels would serve none of the movements any justice.

For the most part of it, the Arab uprising was a series of popular wrath that challenged an established, authoritarian political system that had existed for decades. Protestors were challenging a form of governance, calling for a complete overhaul of systemic rule. Under such circumstances, it was easy to identify and pinpoint the source of pain down to a single despot.

The protests that have been enacted in India have been relatively restrained. There have been no episodes of armed violence, no reports of harassment, no reports of civilian deaths. Instead, it is has been reported that supporters of Anna Hazare have so far conducted themselves with an air of civility, perhaps with a handful of anomalous outbursts of anger.

Bureaucratic corruption in India has become so rampant that corruption has become an institution by itself. For many Indians, this has been grudgingly accepted a facet of everyday life. Protestors are not calling for the fall of any establishment, they are looking to their leaders, like Mahindra and Tata, for change. Anna Hazare is calling for a new corruption bill that includes the prime minister and the judiciary in its purview. Likewise, Indian protestors are rallying, arms linked in support, behind the lone man who has chosen to take a principled stand against corruption.