Dominoes of Doom – The Political Economy of the Global Financial Crisis: George Friedman 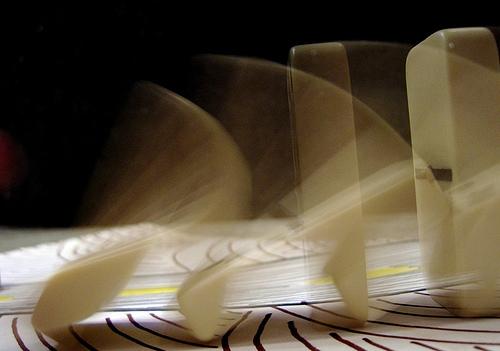 Politics and economics are intrinsically linked. For classical economists, it was impossible to understand politics without economics or economics without politics. Accordingly, the current global economic crisis can also be best understood as a crisis of political economy. The evolution of the crisis across the US, Europe and China has one overriding theme: the relationship between the political order and economic life.

Classical political economists like Adam Smith or David Ricardo never used the term “economy” by itself. They always used the term “political economy.” For classical economists, it was impossible to understand politics without economics or economics without politics. The two fields are certainly different but they are also intimately linked. The use of the term “economy” by itself did not begin until the late 19th century. Smith understood that while an efficient market would emerge from individual choices, those choices were framed by the political system in which they were made, just as the political system was shaped by economic realities. For classical economists, the political and economic systems were intertwined, each dependent on the other for its existence.

Related: What Is Political Economy ???

The current economic crisis is best understood as a crisis of political economy. Moreover, it has to be understood as a global crisis enveloping the United States, Europe and China that has different details but one overriding theme: the relationship between the political order and economic life. On a global scale, or at least for most of the world’s major economies, there is a crisis of political economy. Let’s consider how it evolved.

Origin of the Crisis

As we all know, the origin of the current financial crisis was the subprime mortgage meltdown in the United States. To be more precise, it originated in a financial system generating paper assets whose value depended on the price of housing. It assumed that the price of homes would always rise and, at the very least, if the price fluctuated the value of the paper could still be determined. Neither proved to be true. The price of housing declined and, worse, the value of the paper assets became indeterminate. This placed the entire American financial system in a state of gridlock and the crisis spilled over into Europe, where many financial institutions had purchased the paper as well.