Italian trade is dominated by automobiles and machinery. The country is challenged by mountainous terrain where cultivation of agriculture isn't possible. For the same reason, Italian trade depends on the manufacturing sector.

Around the world, Italy’s famous brands such as Armani, Valentino, Versace, Benetton, Prada, FIAT, Lancia, Alfa Romeo, Maserati and Lamborghini have created a niche in the global marketplace where there is a demand for high quality and superior goods.

The main exported commodities include:

The graph below shows how the different partners contributed to the total volume (in percentage): 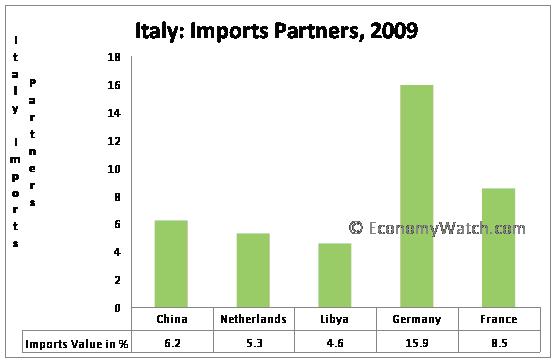