Helped by trade and attractive policies, Ireland’s economy has made the intelligent transition from an agriculture based economy to a more trade based one. Although Ireland’s trade, especially the export sector, remains dominated by foreign multinationals, exports contribute significantly to the national income.

Ireland’s trade has been the reason for the nation’s prosperity. Although the recession devalued the sterling and forced the government to implement various strategies, foreign companies, such as Apple, Microsoft, IBM, Oracle, Google, eBay, Pfizer, Cadbury-Schweppes, Dell and Intel, have kept the exports alive through their wide range of products. 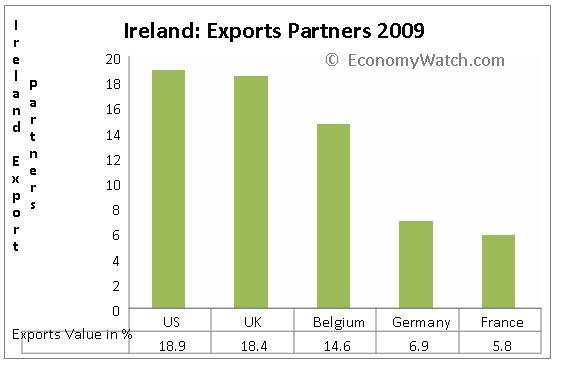 Ireland imports a huge amount of wood because its own timber industry has subsided due to deforestation and industrial set ups. The economic recession faced during the 2008 global financial crisis threw up challenges for Irish food and dairy products. The value of Irish exports, especially in the food and beverage segment, dropped significantly with the figures falling by 12% to stand at €7.12 billion, in comparison to the 2008 exports of €8.12 billion.