The following table shows Chile’s exports to the US for some commodities and the gain/loss percentage in 2009 compared to 2008.

The following table shows Chile’s imports from the US for some commodities and the gain/loss percentage in 2009 compared to 2008.

Chile’s primary export commodities include copper, fruit, fish products, paper and pulp, wine and chemicals. The following chart shows the distribution of its main export partners. (All figures in percentages.) 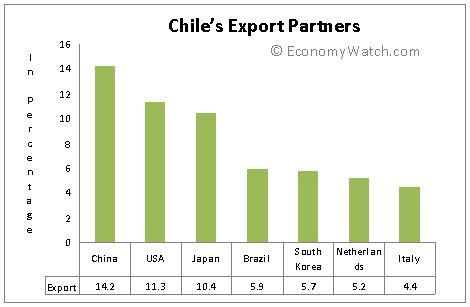 The primary import commodities to Chile include petroleum, chemicals, electronics and telecom equipment, vehicles, natural gas and industrial machinery. The following chart shows the distribution of its main import partners. (All figures in percentages.) 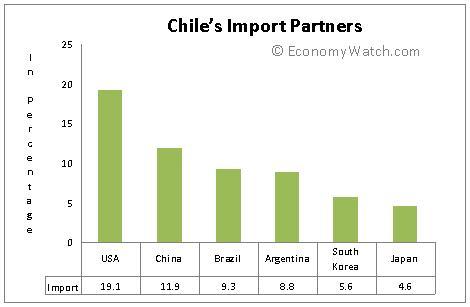 Chilean Peso (CLP) is the official Chilean currency. The following chart shows the CLP per US dollar during 2005-2009. 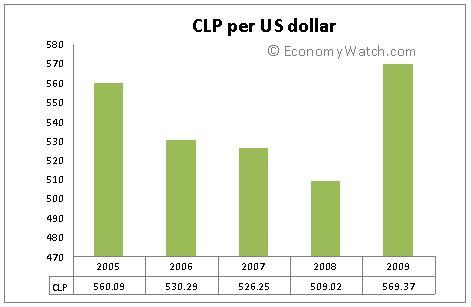