Bulgaria’s economy, being a free open market, has a well developed private sector, which contributes significantly to Bulgarian trade. Other essential industries are regulated by the government for strategic reasons. In the recent years, Bulgaria has shown positive growth, although it still remains one of the lowest GDP nations in Europe.

Bulgaria produces a number raw materials as well as processed commodities, such as:

From a consumer perspective, Bulgaria’s trade reflects the presence of such commodities as well.

Bulgaria trade is normally plagued by its deficit. Imports are higher than exports, which does not help Bulgaria collect foreign exchange as much as it will like to.

In 2009, the reported export volume was $16.23 billion and placed the country in the 69th place in the world. This amount was, however, lesser than the earlier $22.71 billion exported in 2008. The drop could be attributed to the recession years.

The exported commodities include:

The following graph maps the individual contribution (in percentage) of the export partners: 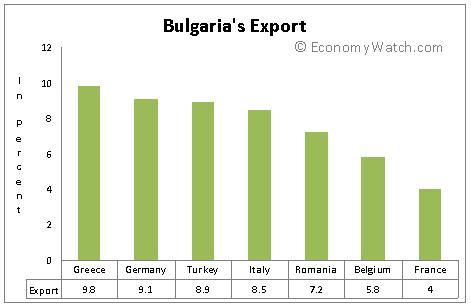 The following graphs maps the individual contribution (in percentage) of the import partners: 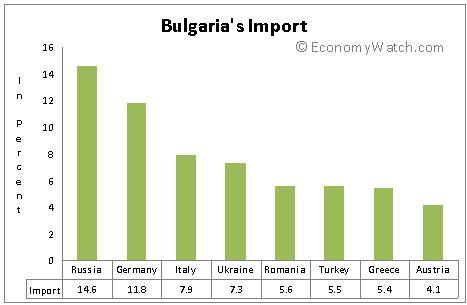