Belize economy is primarily agro-based. Belize trade is dominated by agricultural products, with products such as sugar and bananas being the highlight of trade for a long time.

However, with the new policies, the economy has shifted its focus towards tourism as a potent sector to contribute to national growth. Tourism contributes more foreign exchange than Belize trade, although it remains vulnerable to the global economies and vagaries.

Belize trade suffered during the global recession. While in 2008, Belize exports were recorded at $464.7 million, the export volume dropped to $395 million in 2009. The best explanation could be the drop in demand around the world as well as lesser productivity due to unavailability of credit.

The major export partners are:

This is how the aforementioned countries contribute to the total export volume (in percentage): 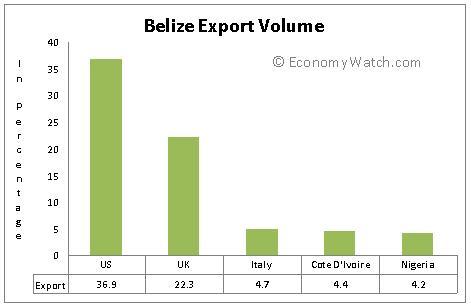 Belize’s imports decreased during the recession. While imports were reported to be worth $788.1 million in 2008, imports for 2009 were recorded at $616 million. The country stood in the 180th position when compared with other countries in terms of import volumes.

The main imported commodities are:

The import partners are:

This is how the various countries contributed to the total import volume (in percentage): 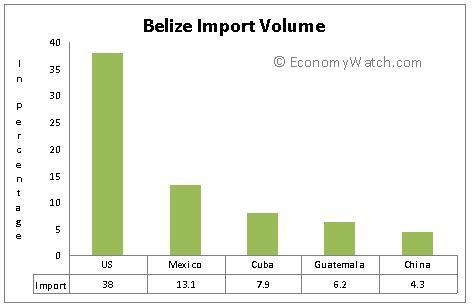 However, with the effects of recession waning off, global demand and supply are projected to pick up. This will surely assist Belize trade to pick up and contribute to the national GDP.