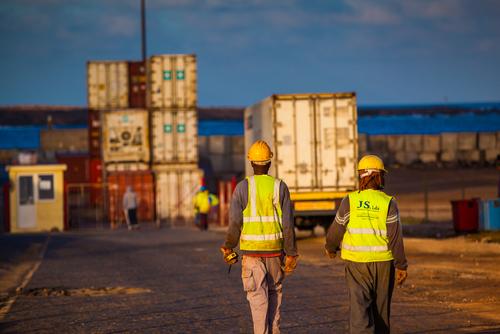 Contrary to logic, resource-rich countries in Africa have tend to experience less economic growth in the long run than those deprived of natural riches. To reverse this trend, NGOs have been campaigning for greater transparency and accountability in the management of revenues from oil, gas and mining.

One of the paradoxes of Africa over the last century has been the continuing crushing poverty that has afflicted - and continues to afflict - so many citizens in so many resource-rich African countries. The barriers that prevent the cash raised by the extractive sectors in those countries from genuinely flowing into development projects, particularly in the localities around major extractive operations, have been many and various, but chief among them has been the cloak of secrecy that has surrounded deals between African governments and multinational mining companies. This secrecy has allowed the blatant theft of natural wealth to go unchallenged, to the huge benefit of kleptocratic rulers and the mining companies themselves.

Not surprisingly, this cosy arrangement has come under increasing pressure, to the point where, at last, midway into the second decade of the 21st Century, the whole ghastly conspiracy that has kept so many in poverty is unraveling. NGOs have played a huge role in this. Three in particular come to mind: Publish what you pay(PWYP); the Revenue Watch Institute (RWI); and the Extractive Industries Transparency Initiative (EITI).

PWYP was founded back in 2002 by a small group of London-based NGOs who wanted to dismantle the "resource curse" by campaigning for greater transparency and accountability in the management of revenues from oil, gas and mining industries. (A report on its origins can be found here.) RWI was founded at the same time as PWYP as part of the Open Society Institute, becoming an independent organization in 2006.

The EITI is a more complicated entity, being a quasi-official, multinational response to the same problems addressed by PWYP and RWI. It has an overarching board, and countries join at the government level by applying to EITI and setting up EITI branches, which report according to the format laid down by EITI. Acceptance by EITI is conditional upon the countries concerned having what EITI calls "sufficient space in the civil society" to enable reasonable reporting requirements to be followed. There are currently 41 countries implementing EITI reporting, with their reports on the contracts and revenues stemming from the extractive industries in their particular countries, being subject to independent audit and verification.

We can see from this brief account that, while there are still a number of countries outside EITI - perhaps as many as 20 with strong extractive industries have yet to join – things have moved forward a very long way, giving considerable grounds for optimism that Africa's "resource curse" may yet turn out to be the source of a huge leap forward for the continent in the decades ahead.

The work by the NGOs has changed the whole climate of resource exploitation across Africa. However, though change is in process, the obstacles are formidable. The African Union (AU) itself has taken up the challenge, famously formulating then publishing the Africa Mining Vision (AMV), which was adopted by African Heads of State at the February 2009 AU summit.

The aims of the AMV are very worthy. It seeks to integrate mining much more closely into development policies at local, national and regional levels. At the local level, the idea is to make sure that workers and communities see real benefits from large-scale industrial mining. At the national level, it is about "making sure that nations are able to negotiate contracts with mining multinationals that generate fair resource rents and stipulate local inputs for operations"; and at the regional level, it is all about integrating mining into industrial and trade policy.

However, it is one thing for African Heads of State to put their name to a document, and something else again for that document to be put into universal practice across Africa. We are still a long way from this.

There are a number of factors, however, that are very positive for change, not least among these is the fact that the public in a growing number of African countries is becoming much more assertive about their democratic rights and, in particular, about their right to challenge their politicians over the kinds of deals those politicians are making with mining companies. Many of the major multinational mining companies are themselves now much more wary of the kind of reputational damage that can result from having contracts shrouded in secrecy and are themselves pushing for more openness and for codes of conduct that align reasonably well with the AMV.

On top of all this, African nations are now much more "up to speed" with what they should be demanding by way of a fair share of the resources being mined in their countries. New contracts are much tougher and some are being drafted with the idea of transparency and even online publication in mind.

In January 2013, RWI and the World Bank Institute launched ResourceContracts.org, a searchable database of oil, gas and mining contracts; agreements and key terms, including handbooks that explore the policy questions underlying mining and oil contracts; and the issues crucial to negotiating and monitoring agreements. Even the poorest and least developed African countries now have a head start when it comes to negotiating new contracts with multinationals.

On 15th February 2013, Guinea's Technical Committee, in charge of reviewing mining titles and contracts, launched its website, www.contratsminiersguinee.org, which publishes a range of mining contracts online. The President of the Technical Committee, Nava Touré, commented: "The launch is a major step in creating the transparency we are seeking to develop in Guinea's mining sector."

He added that the site was the fruit of sustained collaboration between the government, the mining companies and international civil society organizations, with the support of the World Bank Institute and RWI.

Progress is being made, but this is certainly one to watch...

Africa's mining sector: forcing change and fairness is republished with permission from the QFinance Blog.