Russia Counting the Cost of Adventure in Ukraine 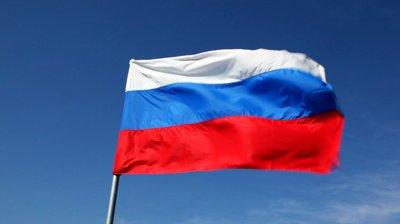 At the time of writing, events in the Ukraine had taken a rather dramatic turn. Russia had sent a 270 vehicle "aid" convoy to the Ukraine claiming that it is providing humanitarian assistance with the aid of the Red Cross. Red Cross spokespersons were saying that the Russians had barely mooted the project with them and they were certainly not on board, or not yet, anyway. The Ukrainian government is convinced the whole thing is a pretext for Putin to send in armed troops to "protect" the humanitarian mission of the convoy - and no one is too sure how things will pan out.

What is certain, however, is that the Russian rouble is again nudging the lows set back in March and could well see further declines. From mid-March onwards, the Russian stock market has been the worst performing out of the larger emerging markets. There was a sharp upward correction through July from the March lows, but by mid-August the market was almost two thirds of the way back to those lows. According to a Reuters report, the Russian bond market has performed equally badly. Anyone who bought rouble-denominated debt in 2014 would be down 14%, according to the JPMorgan GBI-EM index.

The sanctions imposed by Europe, the UK and America on targeted individuals and institutions in Russia are taking their toll, as is the flight of capital out of the country. On top of this, Putin's retaliatory measure, imposing a food ban on products from countries supporting the sanctions measures, is already escalating food price inflation in Russia. However, the pain is not only being felt by Russians. A recent Bloomberg article points out that the former Soviet satellites are getting caught in the crossfire of sanctions, which is hurting their economies and adding to months of sagging Russian demand for their exports. Finland, Poland, Greece and France have already submitted claims to the EU for compensation and a Hungarian official is cited in the Hungarian press as saying that small to medium sized Hungarian businesses stand to lose around £340 million and that Hungary too, should put in a claim for compensation for losses resulting from EU sanctions.

Another Bloomberg article cites Vladimir Tikhomirov, chief economist at BCS Financial Group in Moscow saying that there was a strong possibility that the fourth quarter of 2014 would see "a negative surprise" as far as the Russian economy is concerned, as there will be more significant effects from sanctions and an inflation jump due to food price rises as a result of Putin's related food bans.

Currencies across the region are coming under pressure as a result of the troubles in the Ukraine. As well as the rouble's woes, currencies from Eastern Europe make up five of the six worst-performing emerging market currencies through July, according to Bloomberg. At the same time, stock exchanges in Bulgaria, the Czech Republic and Hungary joined Russia in July as part of the world's 10 biggest declining markets.

Despite Russia's economic woes there is no sign that Putin intends to back down anytime soon. Nationalism is generally able to trump economics for a good while, but eventually Putin is going to have to find a way of restoring the Russian economy to health or face a backlash at home. The chance that he can solve Russia's economic challenges while stirring the pot in the Ukraine have to be slim to vanishing.

The price of adventure - Russian counts the cost is republished with permission from Q Finance.