Where will a Cabinet Shuffle Lead Indonesian Democracy? 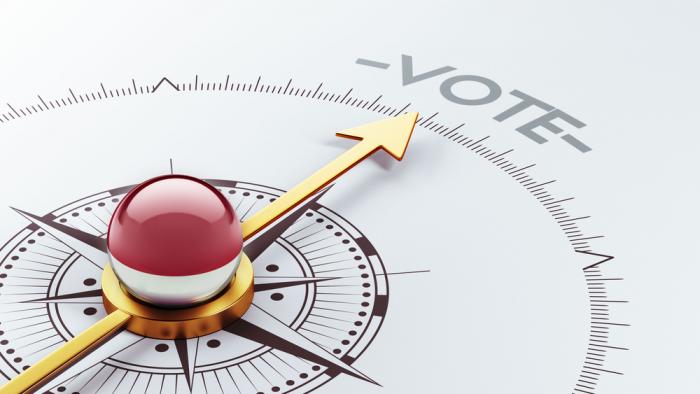 Joko Widodo’s (Jokowi) victory in the 2014 presidential election was celebrated as it represented a major step forward for democracy in the world’s largest Muslim-majority country. Jokowi’s rise to power was unprecedented.

It was largely the collective effort of volunteers and a strong social media presence, which helped overcome his humble persona and highlight credible achievements during his term as mayor of Solo and Governor of Jakarta. This inspired high expectations that he would be able to enact much-needed political and economic reforms as president.

However, these expectations lost momentum as the new leader struggled to navigate a political system dominated by party oligarchs and the military. Jokowi’s own party, the Indonesian Democratic Party of Struggle (PDI-P), managed to constrict his room for manoeuvre, as was evident in the selection of candidates for ministerial posts in his first Cabinet.

Continued infighting within his first Cabinet further compromised the efficacy of the Jokowi administration. Without a military background, his unfamiliarity with party politics in the country and a hostile opposition-led parliament conspired to pose considerable obstacles for Jokowi’s presidency.

Yet Jokowi’s astute political manoeuvrings has allowed him to gradually gain the support and trust of the public as battles with entrenched interests continue. It is in light of these challenges and obstacles that Jokowi’s political decisions, including the July 2016 Cabinet reshuffle, must be understood.

There are four reasons to believe that President Jokowi’s position has strengthened two years after coming into office. First, by retaining several loyal and powerful figures in Cabinet, Jokowi has been able to balance against oligarchic powers confronting him. Two such figures are Luhut Pandjaitan and Rini Soemarno.

In the case of Rini Soemarno, despite pressure from various quarters in the PDI-P to dismiss her, she has been given the responsibility to handle investments from China as State Enterprises Minister, most notably the ongoing Jakarta–Bandung high-speed train project.

Second, Jokowi has been able to expand his coalition within the House of Representatives (DPR) by bringing the National Mandate Party (PAN) and the Functional Groups Party (Golkar) to his side, which hold some 67 percent of parliamentary seats. This has effectively reversed the situation immediately after the 2014 election, which saw the opposition coalition controlling the majority of parliamentary seats. As concessions to these parties, Jokowi has to appoint Asman Abnur from PAN as the new Minister of State Apparatus and Bureaucratic Reform, and Airlangga Hartarto from Golkar as the new Minister of Industry.

Third, by dismissing several Cabinet ministers known to have been at odds with him through a reshuffle, such as Anies Baswedan and Ignasius Jonan, Jokowi has also demonstrated a low tolerance for dissent. This is a show of power, which highlights the importance of obedience over performance.

Finally, Jokowi has also been able to consolidate power by bringing the military to his side. Jokowi appointed retired general Wiranto, the Chief Patron of the Peoples’ Conscience Party (Hanura), to the position of Coordinating Minister of Political, Law and Security Affairs, despite alleged human rights abuses. This not only compensated for his removal of two Hanura ministers during the previous cabinet reshuffle, but also strengthened the president’s relationship with the military.

Although Jokowi is consolidating his power, this political victory comes with several costs. After the 2014 general election, having held only 109 of 560 seats, Jokowi was forced to make concessions with his coalition partners. As a result of political transactions, Jokowi is saddled with a rainbow Cabinet, comprising non-partisan professionals and ministerial positions held by party members’ representatives in order to balance the demand of his ruling coalition in DPR.

Doubtless, this is important in order to cater, at least in part, to vested interests — including the political and business interests of his ruling alliance. Still, given the pivotal role of personality in leading much-needed bureaucratic reform in various Indonesian ministries, these concessions are a lost opportunity to have credible technocrats in Cabinet.

His tacit alliance with the military also comes at the cost of halting the advancement of civilian control over the military. Indonesia has witnessed the increasingly vivid presence of retired and active military generals in decision-making circles and in public debates. They have also actively encouraged the deployment of military personnel to address emerging social and economic issues.

In February 2016, at the height of public discussion over the legality of the lesbian, gay, bisexual and transgender movement in Indonesia, Defence Minister Ryamizard Ryacudu made remarks suggesting the demand for freedom from strict sexual and gender norms was even more dangerous than nuclear warfare.

Ryacudu then suggested the need to increase the military’s presence to educate the populace to counter such a movement. This is one example where military leaders in power assert their independent political conclusions on issues, which are not only beyond their expertise, but also encroach directly upon civilian control.

Constrained within a tangle of oligarchic politics, Jokowi has to do what needs to be done to advance his political goals. The puzzling question is whether these political transactions will, in the long run, be worth it for Indonesia’s democratic progress.