The Markets' Eyes Turn Towards the EMU 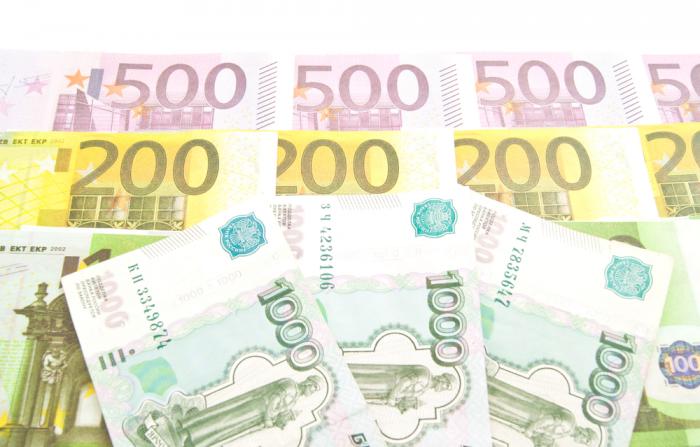 Four large dramas being played out among the major high income countries. The drama in the Eurozone moves center stage in the days ahead, with an important European Court of Justice ruling due and the ECB meeting.

Before turning to these highlights, let's look where the other dramas stand.  On stage right, the US drama has economic and political acts.   On the economic front, there has been a series of economic data that strongly indicate that not only has the US emerged from the October 2015-March 2016 soft patch, but also it has accelerated at the end of Q2.  Over the past fortnight, investors have learned of renewed strength in the US service sector PMI, a robust even if not spectacular jobs report, stronger recovery in June industrial output and manufacturing after a soft May, and mildly firmer than expected inflation gauges.

The Atlanta Fed's model sees the US tracking 2.4% annualized growth in Q2.  The NY Fed's model puts Q2 growth at 2.2% and Q3 growth at 2.6%.   If the data retains this vigor, it would be consistent with the Fed removing more accommodation.  The global risk environment may again be the swing consideration.

On the political front, the Republican convention gets under way.  Trump's candidacy is spurring or highlighting a fissure in the Republican Party.  Therefore, leading party officials that do not attend or do not speak may be just as revealing as who does.  Typically, the candidate enjoys a small bounce in support around the convention.  The recent closeness of national polls, which ultimately are less meaningful that polls in the swing states, reflects slippage of Clinton's support than a rise in Trump's support.  He has rarely drawn more than 40%.

On stage left, is a drama in Japan that drove yen 5% lower last week before bouncing in thin activity as news of the coup (attempt) in Turkey was about Abenomics 2.0.  This involves new fiscal and monetary stimulus.  In its extreme form, there has been more talk of helicopter money, which coincided with Bernanke's visit to Tokyo.  We suspect that some in Tokyo use foreign officials to help push their own domestic agenda.

We have pointed out that on a consolidated basis; the BOJ's assets offset some of the central government's liabilities.  Under QQE, Japan's net debt on a consolidated basis has fallen.  However, as is the case for many central banks, the BOJ cannot buy bonds directly from the government.  This means that speculation that the government will issue non-marketable perpetual bonds, which the BOJ will buy directly, seems misplaced.

Sequentially, the monetary lever may be pulled before the fiscal lever may be engaged.  The BOJ meets at the end the month.  If it fails to impress the market, it may strengthen the yen.

The most recent drama has been in the UK.  The immediate uncertainty has been reduced.  A new Tory government is in place, and the Bank of England has signaled that is will most likely ease policy (and probably more than simply cutting the base rate).  It is also clear that despite the fact that Cameron's successor is in office 2-3 months before initially anticipated, Prime Minister May is in no hurry to trigger Article 50.

The Labour leadership challenge is getting underway, but it is simply a mess.  Previously rules required that one became an official candidate (name on the ballot) if some Labour MPs endorsed them.  However, the rules were apparently changed last week to allow the current party leader Corbyn to be on the ballot.  It was also decided that the some 130k people who joined the party since the start of the year, including since the referendum,  would not be allowed to participate in the election of a new leader (must be a member for six months).  On top of these changes, Labour raised the price of voting (for party leader) from GBP3 in 2015 to GBP25.

May indicated she has no intention of calling a snap election.  Given the disarray of Labour Party, the Prime Minister may reconsider at some point.  However, the Fixed Term Act of 2011 complicates matters.  It effectively transfers the decision to call a snap election from the Chancellor to the House of Commons.  Such an important decision requires 2/3 parliament support, and not the simple majority on which the referendum was decided.  An early election can also be called if the government loses a vote of confidence.  Imagine the confusion that can be caused by May turning the triggering of Article 50 into a vote of confidence, and then losing it (as a majority of MPs favored remaining within the EU).

The UK reports on prices, labor market developments, and retail sales.  The data do not matter much. It is too backward looking for policymakers and investors.   BOE easing is not about how the economy did in Q2 but its trajectory going forward.

Having explored some of the other dramas, we turn to center stage.  We think that most important thing is not going to be found on many economic calendars.  The European Court of Justice is to hand down its ruling on July 19 on case brought in 2013 by Slovenia that challenges EC's authority in requires the bailing in of creditors as a precondition for access to government funds.

A decision that finds that the EC overreached would raise questions about the validity of at least parts of the Bank Recovery and Resolution Directive (BRRD).  It would likely strengthen Italy's Renzi who is looking to recapitalize Italian banks.  Portugal may also benefit insofar as its largest bank may need to be recapitalized.

The recapitalization of the banks may prove to be easiest part of the banking sector problems.  Many countries are over-banked, and bank profitability is poor.  Bank analysts argue that there are too many branches (the OECD estimated that Italy has more bank branches than pizzerias), which are a source of local employment.  The unorthodox monetary policy and negative interest rates have undermined the net interest margin, while the weak growth has undermined the demand for credit.

Also on July 19, the ECB's lending survey will be reported.  It will likely acknowledge that a tightening of lending conditions took place in Q2.  Two days later, the ECB meets.  The post-Brexit decline in yields exacerbates the shortage of German bunds that qualify for the ECB's purchase program.  This has increased speculation that the ECB will abandon the capital key (determined by the GDP and population), which favors the large countries, and especially Germany.  The alternative that captured many imaginations is a debt market key, which would favor the large debtors, especially Italy.

We suspect the market is getting ahead of itself.  First, the capital key is very important principle that the ECB will be reluctant to abandon without exhausting milder measures.  Second, less aggressive measures do exist, such as removing self-imposed limitations such as the deposit floor on purchases or the country cap.  Third, some investors and commentators may have a greater sense of urgency than officials.  After the initial drop in response to the Brexit decision, yields have backed up in recent days.

If we are correct in our assessment, many participants may be disappointed with the ECB on July 21. The economy and prices are evolving pretty much as the ECB expected.  The flash PMI for July is released the day after the ECB meeting, and the composite is anticipated to slip lower, but should still be consistent with around 0.4% Q2 GDP.  The capital markets have stabilized and by many metrics, not far from where they were on the eve of the referendum.

Just before the weekend, it appeared Turkey was offering a new drama.  However, the coup attempt was defeated, and the immediate market impact looks minimal, or at least likely to be localized to Turkish markets.  The more significant fallout will likely political in nature.  President Erdogan, whose authoritarian-style and move away from a secular state already was already the source of criticism is likely to go even further down this path.

There is speculation that Erdogan may have spurred the coup in a "false flag" operation, we are skeptical.  However, we recognize Erdogan as a savvy political actor and anticipate his ability to turn the failed coup attempt into his advantage.

Erdogan claims that his once ally, Gulen, who left Turkey in 1999 and now resides in the US, was the mastermind of the coup, and demands his extradition.  The US (and Europe) quickly supported the democratic government in Turkey in the face of the coup, but has requested evidence of Gulen's guilt before sending him to home.  One need not be cynical to be skeptical of his chances of a fair trial.

Turkey's military is the self-appointed defender of secularism and has intervened at least four other times since 1960.  The popular narrative and one that Erdogan is promoting of course is that the coup failed because the people, encouraged by the President himself on social media, took to the streets.  That may be part of the story, but the military itself appeared divided and this added to the drama.  On balance, turning the coup back means the status quo prevails in terms of macroeconomic policy within a probably more autocratic context.