The Complicated Reality of the U.S. and China Economies 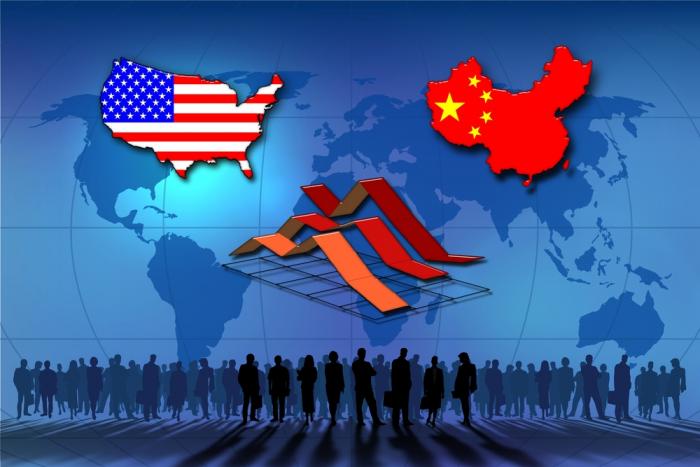 As the Fed is paving way for the first rate hike in a decade, the world economy prepares for the greatest shift of capital flows in half a decade. Recent market turmoil in the U.S. and China heralds the transition.

According to the conventional wisdom, the U.S. economy is recovering significantly faster than other advanced economies and the dollar is strengthening. In contrast, China’s economy is facing a slowdown with growth decelerating and the yuan depreciating.

The realities are more complicated. In early June, Dow Jones (DJIA) still exceeded 18,200 and the Shanghai Index was close to 5,200. Last week was the worst in Wall Street in four years as the DJIA plunged 531 points. In China, markets have been anxious ever since June.

Therefore, as U.S. markets sank, those in China followed until Beijing cut interest rates for the fifth time in nine months, along with reserve ratios. Consequently, U.S. and global markets rallied, but unease remains in the Mainland.

On August 11, the People’s Bank of China (PBoC) made a change to its central parity of the yuan against the U.S. dollar to better reflect market conditions. While the net effect was a de facto devaluation of 1.87% relative to the US dollar, it characterized the adjustment as “dramatic” in the West. China’s slowdown and market fall contributed or even fueled U.S. uncertainty.

Some saw the PBoC’s decision as still another signal that China’s growth deceleration is far worse than anticipated. Yet, China’s rebalancing seems to be proceeding as anticipated in the medium-term, which translates to significant volatility in the near-term (that includes economic deceleration and market volatility).

Others argued that the PBoC’s decision was an opening shot in a “currency war” that would spread internationally. However, this concern seems to be grossly disproportionate and reflects international concerns about the strengthening of U.S. dollar, the plunge of euro, energy producers’ severe challenges in dollar-denominated commodity markets, and so forth.

Still others thought Beijing planned to use its cheaper currency to jumpstart exports and growth. Yet, that goal does not seem to make sense in view of China’s ongoing rebalancing away from net exports and investment. Moreover, any attempt to escalate export-led growth with 2% devaluation would be inadequate.

Lastly, some observers saw the PBoC’s decision as an effort to comply with IMF conditions to include the yuan in the special drawing rights (SDR) currency basket. After all, the move toward a more market-determined rate is what both the IMF and the U.S. Treasury have been asking for and well aligned with Beijing’s effort to make the yuan a major reserve currency.

If China’s growth deceleration and devaluation did not trigger recent turmoil in U.S. markets, what did?

US: 2% growth, no medium-term rebalancing

In the U.S. markets, fundamentals and even technicalities have been ignored for a long while. The same goes for a series of international signals that have been shrugged off, including the plunge of energy prices, stagnation in Europe and Japan, growth slowdown in emerging economies, violent turmoil in the Middle East, and sanctions against Russia.

That equilibrium was inherently unstable. So as the correction finally gained momentum last week, the fear was reflected in the Volatility Index (VIX), which soared to 41 on Monday – that’s close to fall 2011 when U.S. and European debt crises escalated.

In fact, Wall Street has anticipated correction for some time because U.S. markets have been very expensive. As measured by the so (cyclically adjusted price-earnings ratio), the historical average in the U.S. market has been about 15. In the past few years, it has climbed back to over 26, close to its peak before the global recession in 2007.

Such valuations may not be viable after half a decade of zero-bound rates, rounds of quantitative easing amounting to $4.5 trillion, and the soaring of U.S. sovereign debt to $18.4 trillion today. As Congress has failed to pass a budget for the coming fiscal year, it has also elevated the risk for another government shutdown in October.

Until recent market turmoil – after months of conflicting data and several reversals – the expectation was that the Fed would begin the hikes in September, but could defer the lift-off until December. Economic indicators motivated this view, which suggested that the U.S. economy was strengthening. After challenging early quarters, growth expects to exceed 3.5% in the second half.

Solid job growth has kept unemployment rate at a seven-year low of 5.3%, although long-term unemployment remains as high as in the 1940s and the labor force participation rate is at the level last seen in the late 1970s. Real, inflation-adjusted wages have hardly grown. Inflation remains far from the 2 percent target, even in a benign scenario, around 0.1%-1% by year-end.

China: about 7% growth, amid medium-term rebalancing

In China, economic growth expects to be within the annualized target rate of “about 7%.” The first quarter of 2015 saw the creation of 3.2 million additional new jobs, which reflects a healthy pace.

As consumption is slowly increasing at the expense of investment, the more labor-intensive service sector is expanding with wage growth outpacing economic growth. While current rebalancing is closing opportunities in the export sector, it is opening new ones in services – as long as reforms prevail.

What could go wrong with these growth prospects? Until now, the concern has focused on decreasing private investment and consumption, which Beijing has sought to support by easing credit and speeding up public investments. Another concern involves a challenging balancing act between targeted stimulus policies and the acceleration of fiscal and financial reforms.

Until June, the market boom supported economic growth. After the market plunged, the government was able to boost a cushion to prevent further decline. However, the volatility of the U.S. markets has contributed to renewed loss of confidence in the Chinese markets.

If economic prospects deteriorate, Beijing could further depreciate its yuan or go even further by absorbing losses on financial institutions’ balance sheets. If the policy authorities would choose to launch a 2008-like stimulus, growth would benefit but at the cost of further leverage.

The strategic importance of cooperation

After the global crisis, China drove global growth prospects. That is no longer viable amid its massive rebalancing. However, its economic long-term potential remains.

Excessive U.S. leverage had a key role in the 2008 global crisis. More recently, U.S. markets have been booming, but Washington still has no credible, bipartisan medium-term plan for deleveraging. That continues to fuel unsustainable debt eroding America’s long-term potential.

To overcome challenges, the U.S. needs an effective debt plan, while China must deepen its economic reforms. What global growth prospects and markets need today is the kind of G-20 cooperation that lifted the world economy from the global crisis and could sustain it through the current challenges – but with cooperation, not conflict.

What Caused U.S.-Chinese Market Turmoil? is republished with permission from The Difference Group