That the UK's EU Referendum is Happening at All is Significant 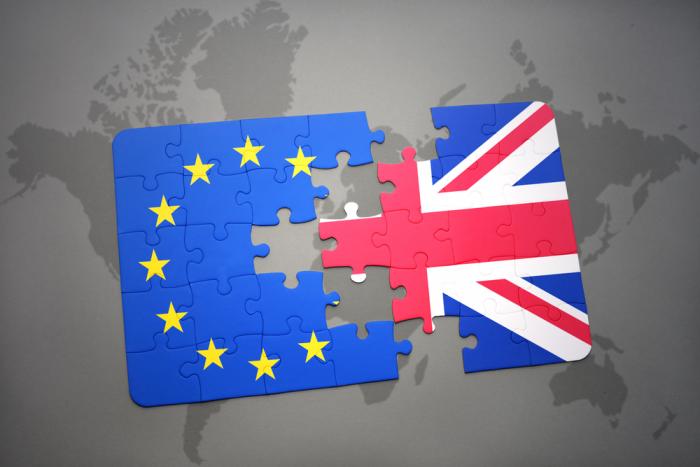 Regardless of the outcome of tomorrow's referendum, the Tories are seriously wounded.  Perhaps its saving grace is that its main opposition, Labour, is itself in a troubled situation as its leader is further left than the party's base and large donors.

In the UK, the elites are divided, but the European project itself is generally perceived as an elite effort, and one in which many people have become increasing skeptical.  A recent Pew Research survey found that economic management and immigration policy was particularly divisive issues.

This first cut of the democratic deficit emphasizes immediate issues, like the high rates of unemployment, and the consequences of the fall of various Middle East regimes, and the civil war in Syria.  While serious, it is a rather benign view.

There is a third cut but is rarely discussed.  It is about attitudes.  EC President Juncker has often expressed anti-democratic sentiment.  Consider a comment from last month.  He complained that elected leaders spend too much time kowtowing to public opinion rather than working on "historic” projects, like the euro.  Junker cautioned prime ministers to stop listening to their voters and act as "full-time Europeans."

In part, this could be a difference in the understanding of representative government.  One theory is that an elected representative should do what the constituents want.  Another theory is that the representative is a leader and should do what they think is in the best interests of her constituents.  However, underlying Juncker's remarks is also distrust for the passions of the masses.  Surely, technocrats and experts are better positioned to grasp the complexities of the various issues of the day.

To be sure, it is not just encroachment by officials, but there is also an abdication by many people.  Martin Wolf of the Financial Times suggested that many people are not sufficiently informed to make an educated decision about the intricacies of international trade policy and the cost/benefit of EU membership.

Earlier this month, English ethologist and evolutionary biologist Richard Dawkins penned an essay "Ignoramuses should not have to say on our EU membership--and that includes me" (here).  He argues,"I, and most other people, don't have the time or experience to do our due diligence on the highly complex economic and social issues facing our country in, or out of Europe."  Dawkins suggests "foxhunting" may be "justifiable plebiscite fodder" but he asks, "Why would you entrust your country's economic and political future to know-nothing voters like me?"

Must modernity and the complexity that that entails shrink the realm of choice and of people shaping the community in which they live?  In 1941, the psychoanalyst Eric Fromm sought to explain the rise of fascism because of people trying to escape from their freedom (here).

The American answer has traditionally been a system of checks and balances.  Important changes require more than a simple majority for example, unlike the UK referendum.  In the Federalist Paper 10, James Madison argued a large and diverse republic would prevent a permanent majority from arising and dictating the terms to a permanent minority.

Regardless of the outcome of the UK referendum, addressing the democratic deficit in Europe is pressing.  The European project is made more vulnerable by the lack of deep democratic roots.  Information and access to it have increased.  Issues are complex.  Experts are available in various disciplines.  Yet much rests not on objective facts that experts and technocrats can monitor, but on judgments that reflect values.

Self-determination, or the shaping of the community in which one lives, seems to be as close to universal as imaginable.  This is the real meaning of freedom.  It has never required a certain education achievement or body of knowledge.  To ignore or deny the democratic deficit is to continue to build castles in the sky, and no matter how desirable that castle may be, it is prone to collapse.

See also: The Calm Before the Storm