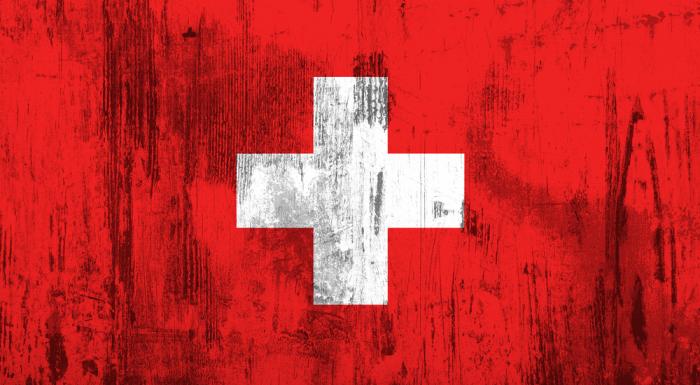 Between economist Joseph Stiglitz’s opening and my closing keynote in the European Pensions and Investment Summit, a slate of fund managers expressed their growing concerns about adequate yields. Indeed, already weeks before the UK’s Brexit referendum, asset managers around the world have scrambled to raise cash levels in their portfolios, while employing defensive trades to cope with what is now widely called a “summer of shocks.”

In Switzerland, European worries seem further away. Yet, the small country is amid a huge transformation – the most critical one since the postwar era.

Only a week before the UK referendum on the “Brexit” resolution, Swiss lawmakers voted to withdraw the country’s dormant 1992 application to join the European Union (EU). Switzerland is part of the EU, but not of the European Monetary Union (EMU).

After the global financial crisis in 2008-9 and the European debt crisis in 2010, the Swiss National Bank (SNB) instituted a floor of 1.20 francs per euro. The franc did not face much pressure through 2013-14. However, as anticipation for the European Central Bank’s (ECB) quantitative easing (QE) program began to increase, the SNB in December 2014 cut the interest rate from zero to -0.25 percent.

Yet, the Swiss central bank had to resort to significant interventions to maintain the exchange rate floor. As the dollar began to rise in anticipation for rate hikes, the franc depreciated. To avoid speculation, the SNB exited from the floor in January 2015 and announced a cut in its effective rate to -0.75%.

However, keeping the franc at 1.20 to the euro had become increasingly expensive. As the SNB was selling its own currency and buying up euros, US and Canadian dollars and yen, the ECB’s QE rounds were expected to cause the depreciation of the euro – and the franc – against the US dollar.

The return to a floating exchange rate regime ensured greater flexibility while repressing speculative flows. However, the SNB took a sharp short-term hit in the first quarter of 2015, with a net valuation loss of 30 billion francs (or 4.6% of the GDP) on the back of sharp currency appreciation.

As the Brexit probability began to climb in the UK, Jordan warned of turbulence and put the SNB on alert. After the Brexiteers’ triumph, the central bank and franc must cope with a new defining moment.

With some 8.4 million inhabitants, the Swiss population account for 0.11 percent of the world total. Yet, the Swiss economy is the world’s 20th largest and the Swiss franc is the fifth most widely used currency for international loans. While this simple fact mocks monetarist assumptions about money supply and inflation, it shows how peace and stability can boost prosperity. Switzerland has not been in a state a war since 1815.

As a historical financial center, Switzerland is about to begin a new life. Total financial assets represent nearly five times its GDP, stemming mainly from the two largest Swiss banks, UBS and Credit Suisse. In the past, the small, neutral country was seen as a sort of pre-Panama tax haven.

However, those days are fading. In July, Switzerland will begin to implement a new law that will help to seize and repatriate illicit wealth parked in its banks by foreign dictators. The move is the latest in a huge clean up that has accelerated in the past half a decade as the Swiss wealth-management industry has sought to shake its secretive image.

In public, much attention has been dedicated to three ordinances over assets previously seized, as a precaution from former presidents Hosni Mubarak of Egypt ($650 million), Ben Ali of Tunisia ($61 million) and Viktor Yanukovych of Ukraine ($70 million), and their insider circles.

Not only has Switzerland tightened its money-laundering laws, it now requires financial institutions to enforce “know your customer” rules, which include “politically exposed persons,” such as government leaders, ministers and military. Since 2000, it has returned nearly $1.9 billion worth of assets, more than any other major financial center.

Indeed, contemporary Swiss regulators’ standards are considered more stringent than those by most European peer-banks.

Switzerland remains one of the world’s wealthiest, most competitive and expensive economies. The Swiss GDP per capita is close to $59,000, as measured by international dollars; some 6 percent higher than in the U.S. High prices reflect high productivity. In mid-Manhattan, a Starbucks venti cappuccino might go for less than $5; in mid-Geneva, it will exceed $7.

While the US and most European countries have lamented for years that “China prices” cause outsourcing and offshoring, manufacturing remains the most important economic sector in Switzerland. Yet, the Swiss manufacturing giants do not even try to compete in low-price production.

Unlike France, the Swiss do not suffer from 10 percent unemployment (or youth unemployment that’s twice as high). At the peak of global financial crisis, unemployment rate climbed to 4.4 percent but has since declined to about 3.3 percent.

The key reasons for the low figure include low taxes; a flexible job market, which lacks the rigidities of the EU states; relatively high level of immigration, which makes the country more like Australia than the rest of Europe.

In the late 2010s, real GDP growth in most euro economies lingers at 0.5-1 percent; in Switzerland, it could exceed 2 percent.

Across Europe, most economies are struggling with structural reforms because their labor arrangements are antiquated. In contrast to their European peers, Swiss labor has been willing to sign agreements in several sectors and enterprises, including salary freezes.

On the other hand, Switzerland considered giving every adult citizen guaranteed income of $2,500 per month, despite government opposition (the initiative could cost more than $25.2 billion to implement). In early June, the Swiss voters overwhelmingly (77%-23%) rejected the proposal.

After the deadly terrorist attacks in France and Brussels, Swiss authorities arrested a suspected ISIS leader and are said to monitor the social media activity of close to 400 possible jihadists.

Like most European economies, Switzerland suffers from aging and needs immigrant labor. Unlike many, it has absorbed relatively large numbers of immigrants from Africa, Eastern Europe and the Middle East, however. Today, almost 25 percent of the Swiss population is a non-Swiss. In financial and business centers, such as Zurich, about 40 percent of the inhabitants have a foreign background.

Unlike most European nations in which identity is shaped by a common ethnic and religious legacy, Switzerland is quadrilingual (German, French, Italian and a Roman). The strong sense of Swiss identity and community is founded mainly on a common historical background, or shared values. As the share of Arabic population has increased to about 5 percent of the total, cultural friction has not been avoided.

In 2009, Swiss voters banned the construction of minarets and last year one canton made the wearing of a burqa in public punishable by a $10,000 fine. Last April, two Syrian students at a school in a town near Basel requested an exemption from shaking a female teacher’s hand. After a national debate, schoolchildren who refuse to shake their teacher’s hand may be fined $5,000. Despite anti-immigrant exploitation of the debate, these debacles have touched a nerve in a country that granted women the right to vote only belatedly (in 1971 at the federal level).

However, in the end, pragmatic realism has prevailed. Though the February 2014 referendum sought to limit immigration, recent polls suggest that most Swiss residents believe the requirements of EU integration are more important than the restriction of immigrant flows.

Nevertheless, as the parliament in Bern needs clarity on how to apply its referendum result by December, talks with Brussels will begin in the fall. Since Brussels wants to avoid a precedent for talks with London, it is expected to take a tough stance – even at the expense of collateral damage in Switzerland.

In Switzerland, European turmoil seems further away. That’s not because the country does not suffer from mounting challenges, but because the Swiss are coping with them in a different way – for now.