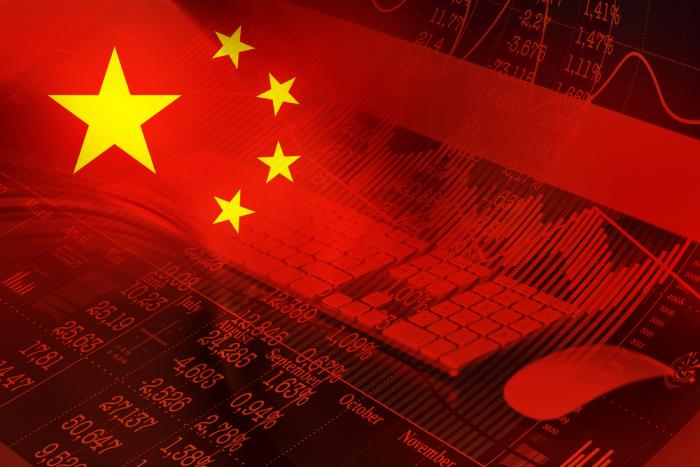 It is as if Hamlet, the confused prince of Denmark, has taken up residence in Beijing.  The famed-prince wrestled with "seeming" and "being".  So are Chinese officials.  They seem to be relaxing their control financial markets, but are they really?  Are they tolerating market forces because they approve what they are doing, such as driving interest rates down or weakening the yuan?  If so what happens when the markets do something for which they don’t approve?

It is not true anymore than buying Scottish salmon at Harrods in London is an import.  Adding pretension on top of make-believe, when that “trade” between the two parts of China is conducted in yuan, officials count this as the internationalization of the yuan, and too often, the media and analysts parrot this.

Consider another fiction.  Imagine you have an equity account with a financial advisor in New York, but cannot buy a security on the Philadelphia Stock Exchange.  In addition, if the prohibition was lifted, is that evidence of opening up and liberalization of the capital markets?

Almost two years ago, China began allowing people with accounts in Shanghai to invest in companies on the Hong Kong stock market and allowed accounts in Hong Kong to buy and sell securities traded in Shanghai.

There are daily limits and overall limits.  Since the program was launched, more money went to Hong Kong than the mainland.  Reports suggest that Hong Kong account holders, which can include non-residents, have used about half of the CNY300 bln quota or GBP17.3bln.  Over the same period, Chinese investors have used 80% of their CNY250 bln quota or about GBP23.1 bln.

The new news is that after some delays, a Hong Kong-Shenzhen link reportedly has been given the final ok should be launched toward the end of the year.  Apparently, there will be no overall quota, and there have been some reports suggesting that the overall quota Shanghai will be abandoned.

However, officials will retain daily limits in Shanghai, and apply them to Shenzhen as well.  The daily quotas are CNY13 bln entering mainland and CNY10.5 bln leaving.

Much of the hype about the internationalization of the yuan seems to confuse it with a bull market.  Chinese officials allowed the yuan to appreciate steadily for several years.  Why should Chinese companies with dollar receivables not sell the dollars as quick as they can (to the central bank of course) and keep yuan, which also offers higher interest rates?

That was one of the appeals of the Dim Sum market, which itself is an outgrowth of another fiction.  The yuan claims offshore cannot be exercised onshore.  This has led to an offshore yuan market (nicknamed CNH to distinguish it from CNY) mostly for bonds.

Last August, China allowed the yuan to depreciate by about 2.6% against the US dollar, which had been trending higher against most major and emerging market currencies.  It sent shockwaves through the capital markets.

In the first seven and a half months of this year, the yuan fell another 3% against the dollar.  The markets yawned.  While the Shanghai is nursing a 12.5% loss, the investors have ignored it.  The US S&P 500 is at record highs.  The MSCI Emerging Market equity index is at new highs for the year, as are several European markets, including the German Dax and UK FTSE 250.

In October, the yuan will formally be included in the IMF’s SDR (Special Drawing Right—a type of credit officials can use to settle accounts).  Is this more theater?  Some countries will include yuan in reserves, and there have been reports of official (and private investor) buying mainland bonds.  For official accounts and large institutions, some of the previous regulations (QFII—qualified foreign institutional investors) have been relaxed.  The inflows come to China at an opportune time, as the capital account appears to be stabilizing

However, by most measures, the yuan and Chinese capital markets, and especially the government bond market, which is the most obvious instruments for reserves, are too small to attract much of the reserve managers.

Consider the largest reserve holders.  China is by far the largest, but of course, must be excluded.  Japan is next.  Its reserves are thought to be heavily weighted toward the US dollar.  It is unlikely to diversify much into yuan bonds.  China and Japan together account for more than a quarter of global hard currency reserves.

Saudi Arabia is third. It is also believed to prefer US dollars, for which its revenue is mostly tied and its currency pegged.  Taiwan is the fourth largest followed by South Korea.  Some though limited diversification into yuan bonds would not be surprising, nor change the underlying narrative.   Moreover, let us not even talk about if the Hong Kong Monetary Authority were to hold yuan bonds as reserves.

Chinese officials are fond of saying that they are giving market forces more sway and that it will remain broadly stable against a basket of currencies.  This seemingly contradictory impulse captures the tension between seeming and being that makes many investors wary of China, leaving aside the macro-considerations of rising debt levels, slowing growth, and numerous industries plagued by overcapacity.

Yuan and Why is republished with permission from Marc to Market

See also: For China, Investment is not a Two-Way Street