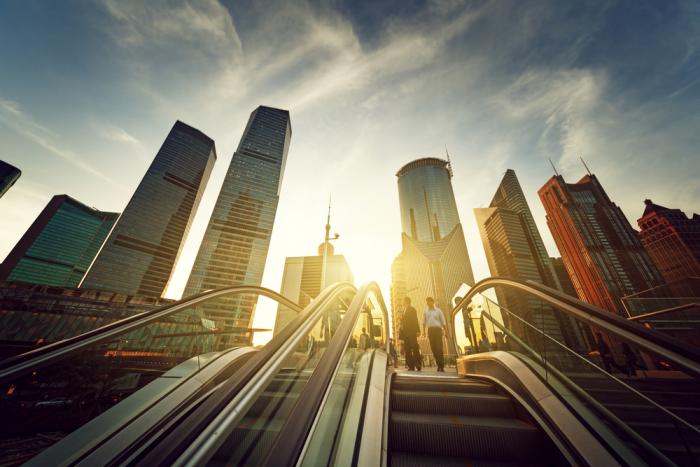 China’s unprecedented growth since reforms began in the late 1970s has been accompanied by an equally transformative process of urbanisation. China’s urbanisation rate increased from 17.9 to 54.8 percent between 1978 and 2014, which represents the largest peacetime population movement in human history. The transfer of labour from the agricultural sector and rural areas to non-agricultural sectors and urban areas in China underwrote the world’s fastest sustained period of economic growth in the past three decades.

Migration-driven urbanisation in China has helped the country meet strong demand for labour. The pace of labour migration from rural to urban areas is inevitably related to economic opportunity. China’s economic slowdown is evidenced by the fact that the number of urban workers with local hukou (household registration) peaked in 2010 and has been declining since.

For policymakers, the important line of inquiry is whether and how China’s urbanisation rate will find its momentum again and, in so doing, continue to support China’s now moderately high growth rate. In other words, how can China engineer a higher rate of mechanical growth in urbanisation?

As the growth in the size of the labour force attenuates, the sectoral and regional reallocation of labour — for example, increasing non-agricultural labour force participation — is the only way to maintain labour supply.

Given that the present patterns of urbanisation are no longer sustainable, hukou reform that grants migrant workers and their family members legitimate local residency, including equal access to public services, will spur a more stable, socially insured and inclusive form of urbanisation. Transforming migrant workers from guest workers to full local citizens via implementation of hukou reform may help to generate a new type of reform dividend that can, in turn, instigate increased growth.

The failure to grant rural–urban migrants permanent urban residency has left this important transformative group of workers in a vulnerable limbo with respect to access to public services. It has also undermined the stable flow of labour into urban sector job vacancies.

While the population growth-driven demographic dividend may be beyond its contemporary peak, in the ongoing absence of hukou reform, the demographic dividend and the role played by urbanisation retain uncaptured efficiency gains. As China’s demographic transition deepens in the direction of ageing, urbanisation will inevitably slow — and possibly even stagnate — and thus no longer support economic growth as it did before.

Yet, with appropriate policy adjustments, China is positioned to make more of its demographic potential. Urbanisation can be driven by population growth, but also by structural policy approaches. Acceleration of the transformation of migrant workers into full and equal urban residents will in turn help to capture the benefits of this next phase of urbanisation in China, and thus become the next driver of economic growth.

Reform of the hukou system has long been a topic in academia, and there is now wide consensus that it should be at the top of the reform agenda among policymakers. Why, then, has the reform process so far made little progress?

Practitioners, particularly in local levels of the government, have not duly recognised the economic dividends of such reforms. Central and local governments are immediately concerned about growth rates. Demand side stimulus policies are considered to offer a tangible means of generating quick returns.

However, such motives may tempt governments to excessively orient their stimulus policies towards the demand side. Urbanisation policies that directly affect the incubation of local middle-income groups and the expansion of domestic consumption motivate governments to push forward with reforms. Some vested interest groups may even resist hukou reform, preferring instead to enjoy a more exclusive urban environment. The benefits of enhancing labour force participation and productivity via hukou reform are simply not understood or fully appreciated.

Economic history points to high urbanisation levels being an outcome of development and indicative of modernisation. For countries in the transition from middle-income to high-income status, urbanisation is a useful way of sustaining economic growth and dynamism.

For China in particular, the proposed new urbanisation is expected to deliver a return to several areas of structural reform that aim to correct institutional distortions in resource allocation. However, like any process of reform, this new urbanisation requires design and input at the highest levels to unlock its growth dividends.